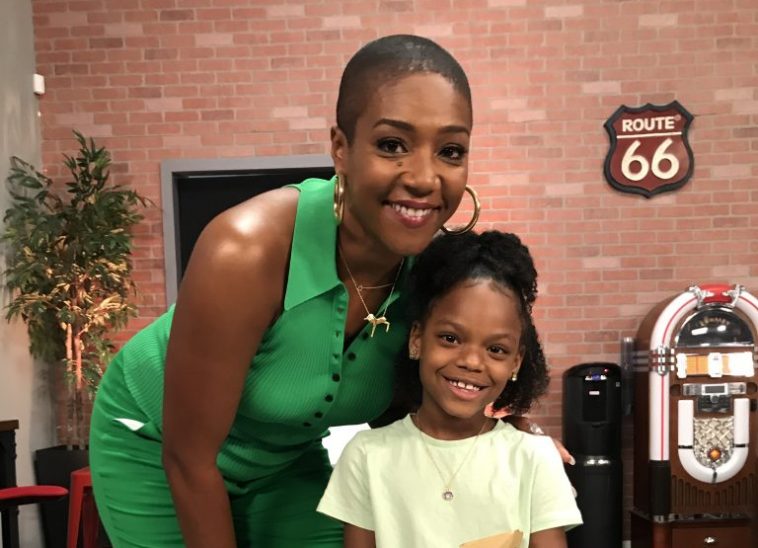 Mariana “ThatsSoMariana” Donnelly is a young 7 year old mastermind in the making. She has proven to be a beacon for her hometown Minneapolis MN. She’s protested with her family in the streets of Minneapolis after the death of George Floyd, for equality among all black lives, and continues this movement in Los Angeles CA where she resides with her family. She also takes after her famous dad Trevor “Tha Rift” Donnelly in the entertainment industry, who is also known for his presence on inequality, his music, and messages to the youth.

Mariana has currently worked with Tiffany Haddish at Kevin Hart’s studio for “VOMO” Vote or Miss Out, a nonpartisan comedy special event that is geared to shed light on the importance of voting in the upcoming election to potentially make a difference in the lives of people of color and minorities alike. (Airing on ABC) Mariana is a strong believer that all children and people should be thought of and treated as equal to one another. In her spare time she’s homeschooling, dancing, filming, acting, and TikToking.

Mari has starred in video shoots with Afro B & French Montana, Pentatonix-Whitney Houston, & Rosalia and Travis Scott’s “TKN”. Mari has also made several appearances in beauty pageants, fashion shows during LAFW & NYFW, and HBO’s Westworld Season 3. You can expect more from this little star in the making to come as the year continues. Mari has been very positive in uplifting others during the pandemic, by showing and telling folks that they can “overcome any obstacle”. Mariana is also an inspiring young entrepreneur, where she is currently in the works of releasing her purse/clothing brand called Klutch by Mari MaLyn.

Her brand will be releasing January 2021 and can expect to have pre-sales and pre orders available ass soon as December 2020. Mariana has also generated a small fan base to help fund and invest in her endeavors and activities through her Youtube channel opening toys, gifts, and giving reviews on these items. Mariana is currently being represented by agency MTA kids and Publicist The Sade PR Management. Mariana has been dubbed “an industry favorite” for acting and dancing roles, she has earned her “stripes” with some very notable people in Hollywood and is rising to the top.

You can find Mariana on social media @Thatssomariana, and her Beondtv-KDOCTV interviews in her bio.

Let us know your thoughts on Mariana on Twitter @CelebMix