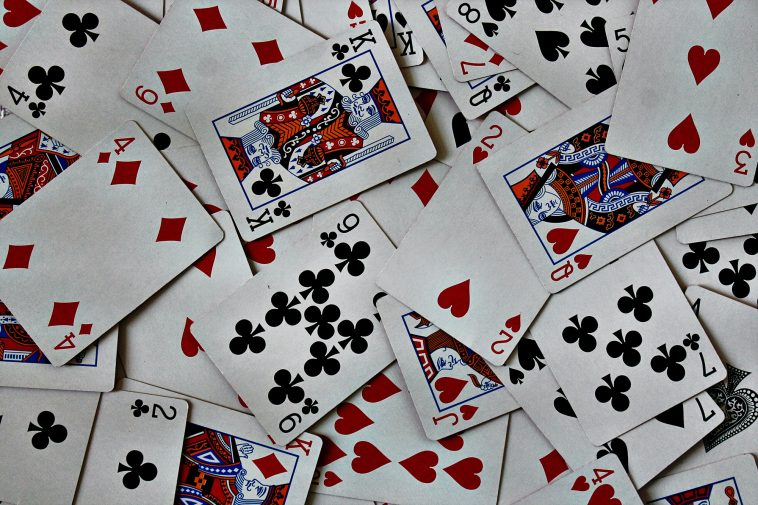 Despite being constantly in the spotlight, many celebrities like to try their luck at the casino. Most of you might have heard rumours about Hollywood stars like Charlie Sheen or Tobey Maguire who are avid gamblers and love to spend money at the poker table.

But are any of these stories real?

In this article, we will have a look at nine gambling stories from the most notorious gamblers. Before we begin, it’s important to note that all the celebrities in our list are known for betting in land-based casinos.

However, technological advances allow them to stay away from the eyes of the press and gamble from the comfort of their home. Most celebrities use a gaming site aggregator when choosing an online casino that suits their high roller needs.

If you’re planning to join the online gaming action, we suggest using a similar strategy, since you will be able to choose a tailor-made platform reviewed by iGaming professionals.

Now it’s time to get started. Here is our top 9 list of celebrities that love gambling:

The famous professional golf player Tiger Woods is an avid gambler that can often be found at the high roller’s table. He loves the thrill of taking risks in the casino, and he reportedly spends at least C$25,000 during a single gambling session. In fact, the MGM Grand Casino in Las Vegas banned the athlete from investing more than C$1 million.

The co-star of “Two and a half men” is notorious for his vices. Charlie Sheen stained his reputation with drug and gambling scandals, which were among the main reasons he got fired from the show. According to his ex-wife Denise Richard, his addiction turned into actual disease.

Charlie Sheen reportedly spent over C$200,000 a week at the casino. Whenever journalists interview the actor regarding his addiction, he claims he is no longer interested in gambling. For now, we will just have to trust his words, but we can never be sure.

Basketball legend Michael Jordan is a good friend of Tiger Woods, and gambling is one of their shared passion. Jordan admitted that he was a problem gambler back in 1993, and since then, he’s been working towards rehabilitation.

At first, wagering money on poker seemed like a fun activity for the athlete. However, after some time, he began losing a lot of capital. One time he invested nearly C$150,000 in a poker game that was wasted within a few hours.

Another high roller trip to the casino cost him over C$1.25 million, which might be surprising for a casual gambler. But remember that Michael Jordan is one of the wealthiest basketball players, meaning that these losses didn’t hurt his budget too much.

Even though the NBA star has been struggling to quit gambling, he is still an active poker player. Jordan declared that he is not likely to ever stop. Lucky for him, it’s nearly impossible for him to spend all his wealth in the casino.

Most of you probably remember Toby Maguire from the original Spider-Man movies. What you might not know is that he is also a professional poker player. One of his most notable appearances in the gambling world was during the 2004 California Poker Championship, which he lost against Ben Affleck.

The loss didn’t stop Tobey Maguire from playing Texas Hold’Em. Instead, this motivated him to keep improving his skills. Throughout his gambling career, the actor won several pro poker tournaments. In 2011, Tobey won over C$300,000 in a poker game and was accused of fraud by the well-known investor Brad Ruderman.

Famous rapper 50 Cent is one of the wealthiest stars in the hip hop game.  The artist has sold millions of copies of his albums and has other side businesses that generate massive profits every year.  In addition to his entrepreneurial ambitions, 50 Cent is also known for his love for casinos and sports betting.

Rumours say that the rapper wagered C$2 million on his friend Floyd Mayweather in a fight against Manny Pacquiao. Another time, he bet a similar amount against the 49ers in a match versus the NY Giants. Both wagers were successful, and 50 Cent made millions of dollars in the process.

Ben Affleck is not only a great actor but also an avid gambler with a passion for blackjack. His talent for table games has helped him win nearly C$1 million at blackjack in 2001. One of his most memorable achievements is winning the 2004 California State Poker Championship, which brought him about C$365,000 and officially qualified him as a professional gambler.

But did you know that Ben Affleck was permanently banned from playing at the Hard Rock Casino in Vegas? It seems that he got lucky and won over C$1500 in just twelve minutes on blackjack, so the casino staff suspected him of card counting and fraud.

Matt Damon is Ben Affleck’s best friend. As you might expect, they share the same passion for gambling. During the filming of the well-known gambling movie “Rounders,” Matt Damon and Edward Norton were mentored by the professional gambler Johnny Chan.

It seems that the training in the arts of gambling served him well. Matt used the valuable lessons from Johnny Chan to improve his casino gaming skills, which allow him to get consistent wins, especially at the poker table.

Legendary actor George Clooney is well known for his central role in the casino movie Ocean’s 11. He made a massive contribution to private Hollywood casino games together with Tobey Maguire. These exclusive events became the inspiration for the movie “Molly’s Game.”

George Clooney is not only passionate about gambling, but he also saw it as a lucrative business opportunity and developed a Las Vegas casino project called “Las Ramblas.” The venue’s construction was cancelled during the planning stages, even though the actor had already invested millions in the project. We could say that “Las Ramblas” is another gamble George Clooney couldn’t win.

Floyd “Money” Mayweather is a professional boxer famous for the large sums of money he generates from his matches. Currently, his record is C$275,000,000 for a single fight. As one of the world’s highest-paid athletes, Floyd Mayweather surely loves spending his money on expensive stuff.

Just like 50 Cent, the boxer enjoys wagering large amounts on sports betting. According to the press, Floyd would bet as much as C$400,000 on college football, which is the maximum stake known in college sports history. The wager brought him nearly C$3,000,000 profit.

Floyd’s ex-wife declared that her husband is struggling with gambling addiction, and she claims that the boxer forced her to give him a whopping C$700 million to fuel his need for betting.

Most of us overestimate the qualities of our favourite celebrities, but it seems that they are also vulnerable to the dangers of gambling. After all, they are humans too. The only difference is that they have a considerable net worth, which allows them to gamble large sums without making a serious dent in their budget.

Who knows, maybe the next time you sit at the poker table in Las Vegas, you might be matched against a real celebrity! Until then, make sure you gamble responsibly and learn how to manage your bankroll.