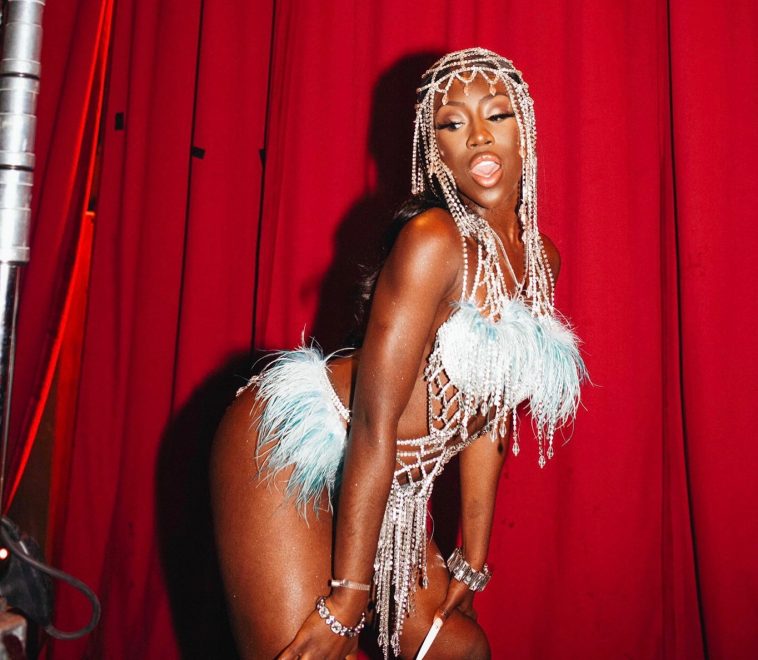 British singing/rap superstar Bree Runway kicks off 2021 in serious style, with the roll out of the stunning visual for her latest single ATM – an electrifying hip-hop bop, featuring pop culture ICON, Missy Elliott.

Serving as the fifth single to be lifted off of Bree’s debut mixtape 2000ANDEVA, ATM without doubt, brings the heat; it’s pulsating beat and sassy one-liners further solidifying Runway’s status as one of the U.K.’s most exciting and innovative new talents.

“Ain’t gotta talk too much, boy you know wassup…”

Directed by Argentinian director, Lucrecia Taormina – with further creative direction from Ms. Runway herself, the tracks accompanying music video pops with undeniable vivacious energy, combining Bree’s trademark swagger with playful choreography to create a super slick, visually enticing piece of cinematography which the All Night rapper herself describes as “the 1950s meets ‘2000AND4EVA’: a celebration of women, black beauty and luxury living, (with) the final frame an homage to the iconic, Grace Jones.”

Watch the official music video for ATM below:

Hailing from Hackney in North London, Bree Runway is on a mission to rip up the rulebook for what it means to be a recording artist in the 2020’s – defying industry bigwigs and cultural limitations to breakout and stand strong on her own terms, as a bonafide musician, songwriter and electrifying performer.

Having discovered her love of making music and writing rhymes as a teenager growing up in the capital, Runway thrives on experimentation, forever finding new and fresh ways to create innovative and super creative tracks that are guaranteed to excite and delight both fans and critics alike.

With her eclectic sound and willingness to push boundaries both sonically and spiritually, combined with the support of some of the industries biggest names, Bree Runway looks set to dominate the charts for many years to come!

Let us know your thoughts on Bree Runways’s music video for ‘ATM’ over on @CelebMix now.