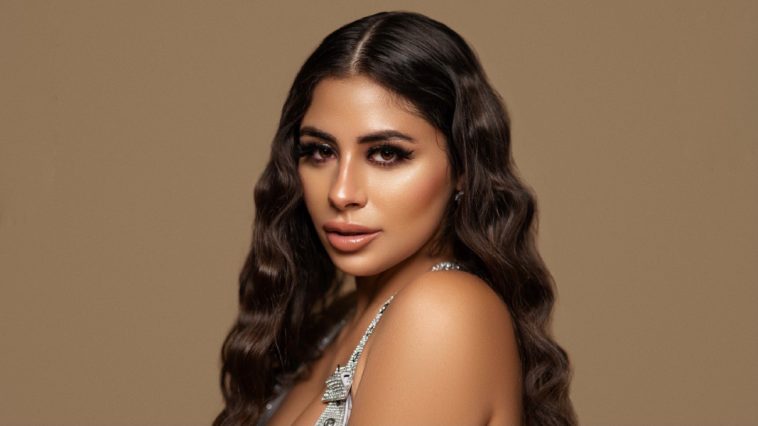 Speaking to the song’s inspiration, Alus shares, “‘Wig’ is one of my favorite expressions, and I love how drag queen vernacular like ‘wig’ and ‘wig snatched’ have taken over pop culture. I think this song perfectly captures that energy and expression of being shook, amazed, or taken aback by something. This is a carefree anthem about self-expression to listen to, whether you’re getting ready to go out or it’s time to spill the tea. Wigs are always getting snatched and now, we have a song to go with the moment.”

The video, shot and directed by Sally Tran, and choreographed by Omari Brown, includes a cameo appearance by trans model and actress Yén Nguyen, as well as a vocal sample from Canadian Drag Race star, Lemon.

Last year saw Alus undertaking her ‘52 Shades of Alus’ series, encompassing a new single every week and collecting more than one million streams.

Classically trained on guitar and piano, Alus has performed at Madison Square Garden, SXSW, and Nassau Coliseum, along with being featured on MTV, VIBE, Ladygunn, Popdust, and Flaunt Magazine.

CelebMix spoke with Alus to find out more about why she makes music, her songwriting process, and how she got started in music.

‘Wig’ was a song I had manifested after keeping the idea in the back of my mind for years. I love the term wig and how it’s used in pop culture. I would always use it in conversation with friends. Whenever I see something so present in my life, I usually try to put it in my music. So all I had was the word “wig” just sitting in my notes for years before I heard the track that I ended up writing the song to. Once the song was put together the music video just followed, it’s the first time I’ve done a one-take music video and shot it on film. We wanted the heavily choreographed music video to show the sassy confidence in the body movements that I feel when listening to the song.

What was it like working with Cakes Da Killa? What do you hope your fans/listeners take away from the video?

Cakes is just pure talent. He killed his verse, and it was so dope to come together on a collaboration like this in honor of Pride Month. I want the fans to see that Wig is not only for women but everyone. It doesn’t matter if you’re gay, straight, bisexual, transgender, or all of the above because ‘Wig’ is a liberating anthem for everyone.

Growing up in a musical household, I come from a bloodline of musicians. From my grandmother who went to Juilliard and toured the world as a professional violinist to my father who plays drums and trumpet to me being the first singer, I just think that I was born with some type of natural inclination towards music. It’s very evident that from early childhood I knew I would end up making music for the rest of my life. I was always the one kid at family parties that wanted to perform and put on a talent show for anyone who’d watch that was probably annoyed with my outgoing and vivacious personality.

I was always known as the singer after doing anything musically related possible in school and out of school from talent shows to choir to auditioning in NYC. I started writing music in middle school and kept working on my craft until I was able to hone in on my overall brand and go full force after graduating high school and passing up a scholarship to Berklee College of Music in Boston. I love the artist I am continually evolving into and I’m so excited to see where the journey takes me.

Since I am a ‘90s baby, any diva you list is automatically considered an inspiration since childhood. Mariah Carey, Whitney Houston, Madonna, Celine Dion, Cher. Anything that was popular in the late ‘90s/early 2000s shaped me. Aaliyah, Destiny’s Child, Missy Elliot, Spice Girls, Britney Spears. Of course. Michael Jackson, Prince… the list is infinite.

Because I engineer myself, I am always writing and creating new music. I have put my 10,000 hours of work in and I’m still going. I love to study the best songwriters in the world to make my pen better because I want to be as great as them. I write and record simultaneously and I’m very melody-driven. Usually, I freestyle a melody on the mic to a track and words will naturally fall out of my mouth.

Sometimes when you write music it feels as if you are almost a vessel for a higher entity to say something through you. You are just the messenger for a bigger picture. That’s what flow state feels like in songwriting like you are vibrating at a higher frequency than you normally are. I think I have reached my higher consciousness when creating music in my bedroom studio and catching a vibe that makes me feel like I am the highest possible version of myself at that moment. Songwriting is a very spiritual experience for me. It’s my religion.

I love using other forms of art as inspiration for creation. Not only listening to great albums and other incredible artists but watching movies and reading books. Art is found in all walks of life even the experiences you go through. I feel like there’s always something to draw inspiration from in life.

Last year, with your ’52 Shades of Alus’ series you dropped a new single every week – quite a feat. How did you pull that off?

Most people hadn’t realized that I was writing and recording original music for years prior to releasing one song a week. I had a catalog built up on my hard drive that was ever-growing. I had contemplated releasing one song a week for almost a year prior to actually doing it. I remember taking meetings and everyone saying that I was crazy for even considering it because it’s just way too much music.

Most people hadn’t realized that the point of me releasing one song a week was for the fans and to continually grow the Alus Army. It was an incredible year and we saw so much growth in the fanbase, and that’s who I make music for. Not the labels, not the industry, not the business, but the fans who relate to the music and connect with me. They were the motivation to continuously drop a new song every week. Right now, there is a playlist on my Spotify called “52 Shades of Alus” where you can stream the 52-songs I released for 2020.

I love listening to old-school vinyls of soundtracks or just music that came before me. Lately, I’ve been listening to the Breakfast at Tiffany’s soundtrack composed by Henry Mancini on vinyl. Something about vinyl makes me feel like a classy bitch.

I make music for the Alus Army. I feel like I have found my tribe through social media. I make music to feel more confident and feel like the best version of myself but through that, I have found a group of special people that called themselves the Alus Army and who continuously show their support because they’ve been riding with me on this journey. I’m so excited to keep growing with them and see where it takes us all.

Looking ahead, what’s next for Alus?

World domination! One step at a time. I’m here to pay my dues but the only position I see is the top.