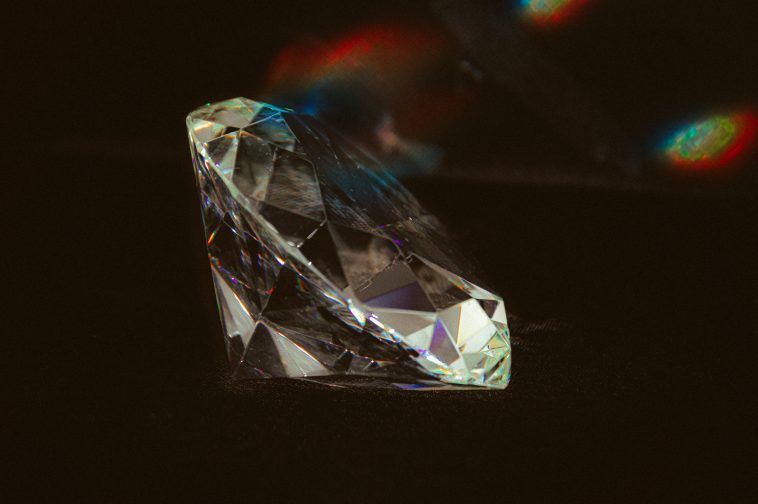 A secret experiment under the codename “Project Superpressure” might sound like the stuff of science fiction, but it’s reality: in 1954 this was the project (carried out by scientists at General Electric) that produced the first ever lab-grown diamond.

As a more eco-friendly and sustainable alternative to mined diamonds, there’s really very little  difference between naturally-sourced gems and those created in an HPHT (high-pressure high temperature) chamber. Unlike naturally-sourced diamonds, which take billions of years to develop, they can be made within a matter of weeks.

From lab created diamond earrings to bracelets and necklaces, this is a trend that has taken off in a big way over the last couple of years. With younger generations turning to lab-created diamonds as a more ethical (and affordable) alternative, along with celebrity endorsement from the likes of Lady Gaga, Rhianna, and Zendaya, this trend looks like it’s here to stay.

Despite the stigma lab diamonds receive for not being “the real thing”, they’re as close to earth-mined diamonds as you can get (even professional jewelers are unable to tell the difference without the aid of a microscope).

While both kinds of diamond are formed using the same process (the application of intense heat and pressure), the machinery used to create lab diamonds speeds up development. The key difference between the two, when observed very closely – is that earth-mined diamonds tend to contain naturally occurring flaws known as “inclusions”.

Although Leonardo DiCaprio has yet to be seen sporting them himself, since starring in Blood Diamond in 2006 the actor has been a strong advocate for cultivated gems. Though fictional, the movie was an accurate depiction of the human rights abuses taking place during the Sierra Leone Civil War of 1991–2002.

Taking its name from the term used by the United Nations, the term blood diamond (alternatively conflict diamond) has been used to define diamonds mined in a war-torn country that are sold to fund an invading army, terrorism, insurgency, or the activities of warlords.

Though not without their own issues (critics note the amount of energy required during lab diamond production and the fact most are produced in China, a country not renowned for adherence to worker rights) the environmental and human cost of mined diamonds continues to be a serious concern, particularly since the industry lacks proper regulation in order to keep workers – and their local ecosystems – safe.

Many of the celebrities endorsing the use of lab-grown diamonds are already known for their philanthropic efforts. At the 2018 Vanity Fair Oscars afterparty,  Emma Watson, a  long-time women’s rights activist and UN speaker, wore an outfit strikingly reminiscent of Audrey Hepburn as Holly Golightly in the 1961 movie Breakfast at Tiffany’s. Her look featured a gamine micro fringe and a sleeveless black gown, with a cape-like, elaborate necklace of recycled gold and lab-created diamonds draped over her shoulders.

The same year, Lady Gaga was spotted at the premiere of A Star is Born in 2018 wearing a beautiful embellished Alexander McQueen gown, accessorized with a pair of large pendant Constellation Pearl earrings. Each featured three freshwater pearls and nine lab-grown diamonds – the perfect amount of glam for Mother Monster herself.

Given that one of her most notable songs urges listeners to “shine bright like a diamond”, it’s little wonder that Rhianna was seen sporting them herself on her 30th birthday. The singer wore a Saint Laurent black and fuschia dress, adorned with layered chains of diamonds and a demi-fine ring featuring 18-karat white and yellow gold vermeil, pink and ruby sapphires, and 16 Karat lab-made diamonds.

Many other celebrities have appeared at major events wearing lab-grown diamonds, including author, singer, and actor Billy Porter. Famous for his bold, creative genderfluid style including, capes, skirts, and extravagant tailoring, Porter appeared at the 2020 Oscars wearing a gold mosaic jacket and red satin suit, accessorizing with a Lark and Berry necklace from Diamond Foundry.

Big Brands Get on Board

Once viewed as a rival opponent by established jewelry companies, many renowned companies (traditionally in the business of selling mined gemstones) are now embracing the use of lab grown diamonds: As an advocate for lab-created gems, in 2018 Penelope Cruz teamed up with Atelier Swarovski to design a series of lab-grown pieces, one of which she wore to the 71st Cannes Festival.

More recently, heritage jewelry brand Oscar Massin teamed up with stars like Rachael Zoe Ventures and Kate Hudson in promotion of their lab-cultivated jewels in order to attract a new generation of customers, with Hudson acting as an ambassador, and Ventures in the role of styling and strategy.  Elsewhere, Pandora has also joined with the likes of Ashley Graham and Madeleine Pesch to promote their line of lab-created jewels.