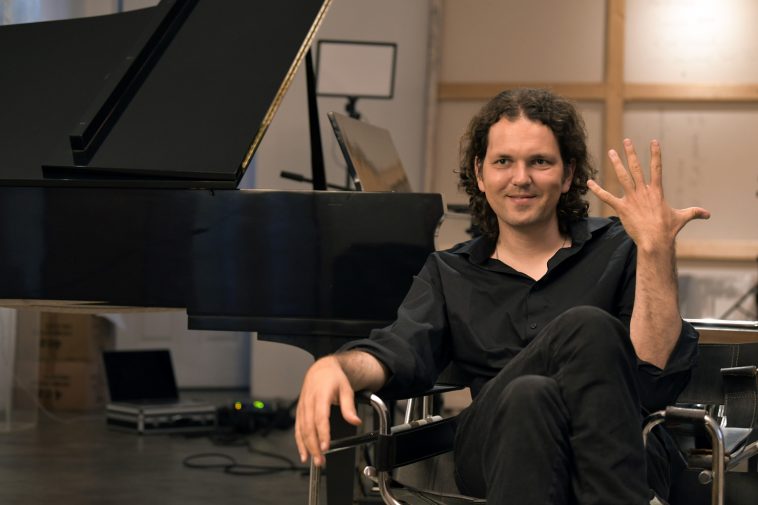 The onset of the global pandemic in 2020 ushered in a difficult era for many industries, with music and entertainment, in particular, suffering from delays in filming and canceled tours. However, musicians were able to adapt, shifting their energies to live streams where they held online concerts. Others decided to use the time to go back into the studios to create more music. Among them – Vladimir Khomyakov, who produced a new album titled Romance.

Vladimir Khomyakov is an award-winning pianist who has made waves in the classical music world. His mastery of the piano has serenaded thousands, if not millions, across the globe for over two decades. Khomyakov would once again do so with the release of Romance, a collection of ten masterpieces composed by four icons of the romantic era: Johannes Brahms, Frederic Chopin, Franz Liszt, and Robert Schumann.

From the very first note of Chopin’s Grande Valse Brillante Op. 18, listeners are instantly taken to a journey reminiscent of youthful summer romance that slowly unravels into a mature courtship in a ballroom. From there, Intermezzo in A Major Op. 118 No. 2 by Brahms ushers in a slow dance that paints the scene of the two locked in each other’s gaze. The world around them washes away into a kaleidoscopic backdrop, rendering time into a meaningless concept. Only the music remains with the lovers.

The leisurely dance continues its progress into Chopin’s Waltz in C-Sharp Minor Op. 64 No. 2,” but there is a hint of change in Liebestraum in A-flat Major, S. 541: III by Franz Liszt that indicates a brief rift in the romance. However, it quickly transcends into rekindled passion before it falters like an irreconcilable separation.

Schumann’s Arabeske in C Major Op. 18 offers aspiration with a playful exchange of the two lovers. However, towards the end of the piece, an air of doubt carries in dramatic Nocturne in C Minor, Op. 48 No. 1 by Frederic Chopin. Again, the notes tell the story of a tragedy in the romance but offer hope for a moment before a flurry of mixed emotion sets in.

Like its title, Consolation in D-Flat Major S. 172: III by Liszt provides relief like the calmness in the sea after a storm. Brahms’ Intermezzo in B-Flat Minor Op. 117 No. 2 sees the lovers finding themselves back on their feet, making slow strides away from the aftermath of their fallout. It is followed by Nocturne in E-Flat Major Op. 55 No.2 by Chopin, which gives the listeners some reliance with notes of remorse and longing, painting a portrait of the two beloved ones reviving something they thought was gone.

Finally, Romance in F-sharp Major Op. 28 No. 2, the album’s title piece by Robert Schumann, has the lovers returning to the garden where they first met. The romance remains despite their endeavors and how different they were from their youth.

Vladimir Khomyakov’s inspiration for the album started as far back as the summer of 2020. The cancellation of concerts and live performances ushered in a wave of nostalgia, overwhelming the pianist. He came up with the idea to create Romance after putting his favorite pieces together when he realized they formed a solid romantic program of immense emotion.

After releasing the collection in late 2021, the musician’s optimism grew with anticipation for more live concerts to come back. In the meantime, Khomyakov has already completed the recording stage for his next solo album with works by Russian composers – Tchaikovsky, Rachmaninoff, and Scriabin. The album is currently under production, but Khomyakov is already looking forward to more exciting projects.

Listen to his new Album Romance on Spotify.