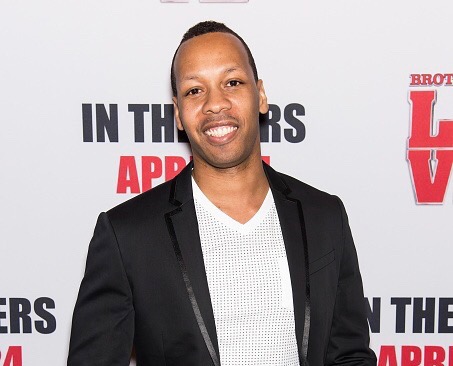 DJ Casper’s unique DJ style and turntablism mastery became apparent at an incredibly young age. “Cas” as he is affectionately called by friends, fans, and business colleagues, developed a passion for music at the early age of five while watching his older brothers bring home the latest DJ equipment. At age 13, following in his older brothers’ footsteps, Cas stepped into the local DJ scene and began DJ’ing at neighborhood house parties known as “Dollar Parties”. It was here that Casper’s fan base started and continues strong to this day.

As a young teenager, he was given the huge responsibility of running the music for a local young adult night club venue – Dances. It was here that he was nicknamed “The Youngest in Charge” and became a local celebrity in Philadelphia and across the tri-state area. Casper’s musical career skyrocketed following those early Philadelphia club debuts, his musical prowess highly sought after. Highlights include opening for Fabulous, Busta Rhymes, Nicki Minaj, JAY-Z and other celebrities. Cas has received countless TV and film credits to include the song “No Clothes Zone” which he produced for the movie Deadpool and production credits for his work on both Empire and Star.

In 2007, Casper launched his own independent music label, Caspaws Music, and it is here that he defied commonly held and accepted ideals of “what is music?” and “what is pop culture?” Experimenting with the most obscure and innovative sounds, Casper is producing sonically groundbreaking work. His newest works include a song called, “Snack” where he is the sole artist, writer, and producer of the record, along with a new body of work titled “Last Few Days” written in response to the COVID 19 pandemic.

“I’m busier now than I’ve ever been, just in a different way,” Casper tells CelebMix on how COVID 19 has impacted his work flow. “I’ve had plans for launching my own clothing line for some time and when the world closed in March, it afforded me an opportunity to execute my plan for DJC Apparel.”

We also questioned Cas about “iTalk-Events,” a cutting-edge leadership entertainment platform that he founded along with his partner Jen Donnell. “ITalk is so dope, said the fashion-forward CEO. There is nothing like it out there. iTalk pushes pop culture forward through leadership content and stage drama and during these socially distant, uncertain times, it really became apparent to me that a digital solution for leadership entertainment needed to be launched,” he explains. “iTalkPUSH will begin delivering leadership content, stage drama and club nightlife to viewers online and there will be other ways that our fans will be able to interact with the iTalk platform virtually. Leadership Development and Club Nightlife are experiencing major breakthroughs and thanks to iTalk, these inspirational platforms will never be the same.”

Let us know your thoughts on The International DJ Casper on Twitter @CelebMix!