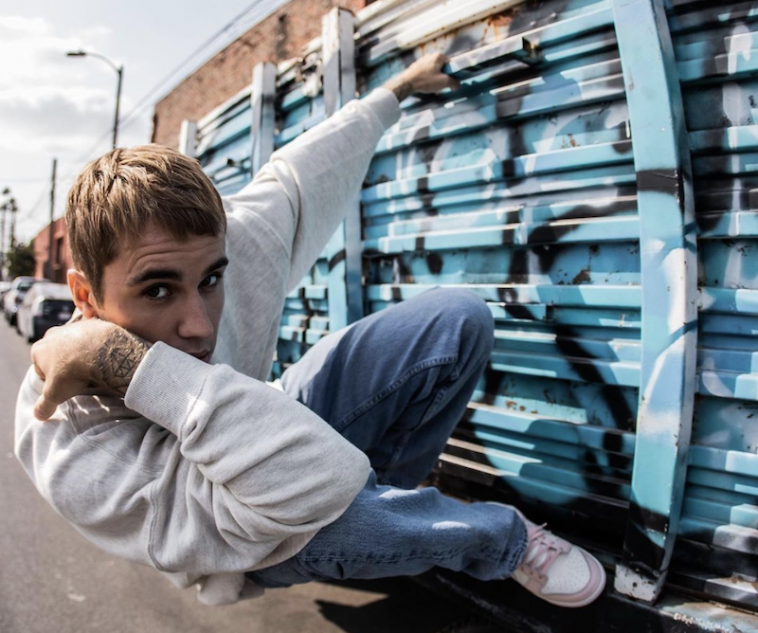 Justin Bieber is bringing tears to viewers eyes with the release of his brand new music video for “Ghost.”

The video, infamously starring Diane Keaton, captures the emotions that takeover when dealing with grief. Directed by Colin Tilley, the short film-style video portrays Keaton as Bieber’s grandmother. Keaton, now a widow, has lost her husband and the “Ghost” singer’s grandfather. Throughout the video, the pair struggles to cope with this difficult loss through a series of events. At one point, Keaton parties with Bieber in a Gucci dress in attempt to get herself back out there and reenter the dating scene.

“Ghost” is Bieber’s latest single from his sixth studio album Justice which originally arrived back in March of this year.

Before the video was released, Keaton shared an Instagram post with a heartfelt caption: “AM I DREAMING??? WHAT AN HONOR IT WAS TO WORK WITH JUSTIN BIEBER AND HIS INCREDIBLE TEAM!!!”

The visual has already captivated the attention of millions, but is not the only gift fans are waking up to this morning. Justice: The Complete Edition is now available on all streaming platforms. The extended edition of Bieber’s popular album features three new tracks: “Red Eye” featuring TroyBoi, “Angels Speak” and “Hailey.” Snippets of “Red Eye” that were shared on social media over a year ago have made the track one of Bieber’s most highly anticipated songs to be released.

October is a big month for fans suffering from “Bieber Fever,” also known as “Beliebers.” Justin Bieber: Our World documentary is also available today on Amazon Prime. It captures his New Year’s Eve concert and, of course, some behind-the-scenes footage. This Amazon Prime documentary portrays the safety protocols and restrictions that came with putting on a concert during pre-vaccination times of the COVID-19 pandemic. Over 200 fans were in attendance to watch Bieber perform 21 of his hits safely while millions of other fans tuned in to watch the livestream from home.

Beliebers were gifted three new tracks, the “Ghost” music video and an Amazon Prime concert documentary all in one day. And it seems like there’s much more that Bieber has up his sleeve when it comes to the rest of 2021.