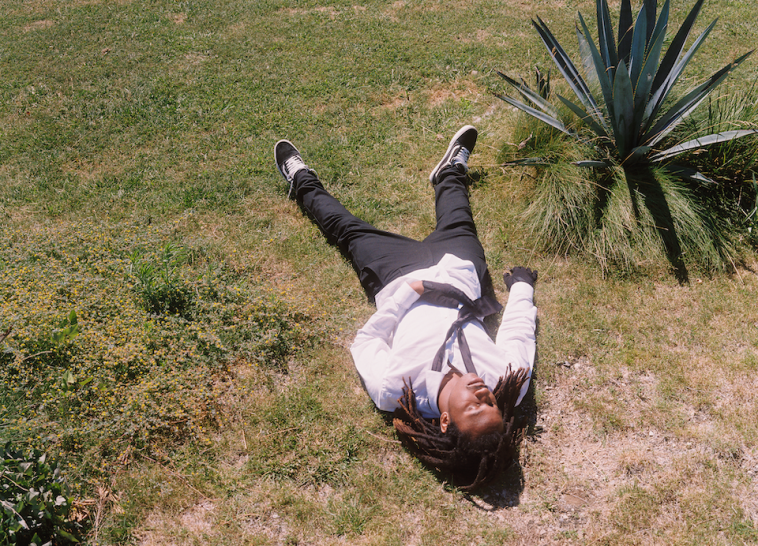 Los Angeles based artist MYKA has just unleashed his latest single and it is an enticing one. Entitled “american kids”, the new song is also released in conjunction with a nostalgic lyric video. The track follows his alt R&B banger “gucci bloom” shared last year.
“american kids” is an autobiographical song all about MYKA’s own unique upbringing. As a military brat, he often moved and went to various schools in suburbs and cities around the nation, giving him different perspectives. He confides, “I’ve always felt like I was in two places at once growing up, so it allowed me to see two sides of what being a young kid in America was like. Those two perspectives are where I drew inspiration for this song, the dreamer and the conformist.” The track thrills with vibrating keys, hard-hitting synths and hazy deep basslines. The anthemic chorus begins the song soon culminating into an effortless breezy rap flow. MYKA successfully combines elements of hip hop, synth pop and rock into an alluring sonic fusion.  The accompanying visuals are full of 90s video clips of various people in their youth enjoying their proms, graduating and even skateboarding, with the common thread of them having a damn good time.
The avant garde creator began releasing music in 2019 with his first single “RUMPUS”. Influenced by the likes of Kid Cudi, Frank Ocean, MGMT and Beach House among others, MYKA’s music is littered with an array of sonic influences and relatable narratives. With more music to come, we are excited to hear what is next from this captivating new artist.
Watch and listen to “american kids” now and tweet us your thoughts @celebmix