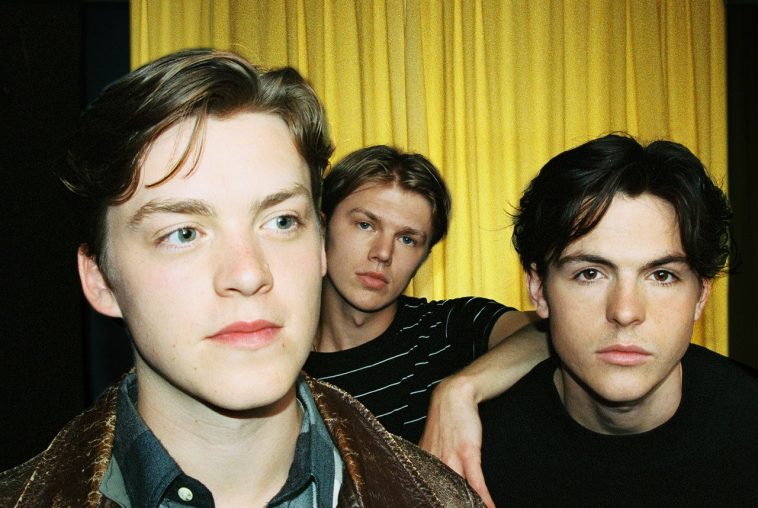 New Hope Club have this week unveiled the official music video for their latest single, ‘Getting Better’ – the upbeat and euphoric summery bop that marks the start of a new era for the band!

Premiering just days after news broke confirming frontman Blake Richardson is to play Sir Paul McCartney in the upcoming Brian Epstein Beatles biopic, the clip serves as a love letter to the ever fickle British weather and sees Richardson, along with band mates Reece Bibby and George Smith, battle gale force winds, rain and sudden snow all within the space of a few minutes before embracing the sunshine.

Watch the official music video for ‘Getting Better’ below:

Since bursting onto the scene back in 2017 following the release of their debut EP ‘Welcome To The Club’, New Hope Club have achieved a U.K. Top 5 album and amassed over 2.5 billion global streams! However after six years together, the group have finally taken greater control of their musical output, with Blake stepping up as producer for the band’s records.

Of the new material, the group say in a joint statement: “It has been six years since we formed the band and we have grown together and become experienced musicians and writers by working with amazing people around the world. We felt that it was time to take this project by the scruff of the neck and guide our own path. We wanted to have full reigns over every decision.”

“Writing during a pandemic had an effect on us, we felt that we needed to spread some light and positivity in a time where it was pretty hard to find. ‘Getting Better’ embodies the album, it portrays exactly how we were feeling when we began this project, starting a new era. Being in the studio together, making music with our best friends, life was getting better.”

Let us know your thoughts on New Hope Club over on Twitter @CelebMix now!