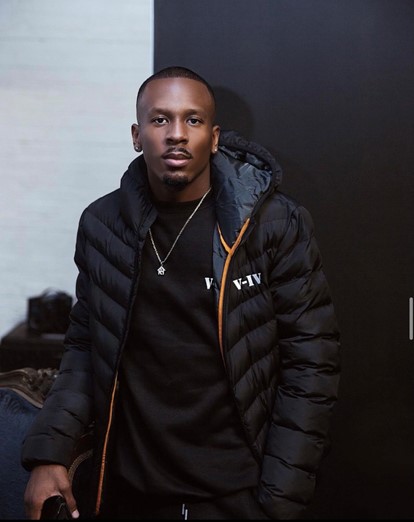 Niyah Smith is a man of many talents. The artist, entrepreneur and record executive has been wearing many different hats within the music industry. The creative was born in London and has stayed based in the UK since he began his career.

As a musician, Niyah has had a very quick start to the new career. The artist has released new music on three separate occasions, including two singles and a full-length album. Smith caught fire quickly back in 2020 with his debut single “No Kickers” which is still his most streamed song to date. Smith didn’t waste any time in 2021, releasing a single “Please Tell Me” and an album titled “Ambition” in the first couple months of the new year.

“Ambition” marked Niyah Smith’s first full-length project release. The album featured 11 tracks and ran just over 30 minutes in listening time. The project was well received overall, featuring a multitude of different styles. Tracks like “Mavericks” and “Yosemite” featured a slower, more melodic type of vibe. “Jaguar” and “Cheetah” featured a more electronic feel bringing more energy into the middle of the project. The project has been streamed more than 30,000 times to date and continues to be listened to today.

Just when one thought Niyah Smith had already done a lot in the New Year, Smith released another single called “Ibiza.” The track came as a surprise and was recently released independently under Smith’s own name. “Ibiza” features a unique blend of instrumentation, calling on a bass and groovy drum pattern. The track begins with a bass solo but quickly drops into an electronic groove. The release makes Smith’s support question when another single might be released again.

Niyah’s roots in the music industry go much deeper than just his artistry. As a record executive, Smith specializes in songwriting, mixing, mastering, and as a mentor for young musicians. His business background was solidified during his studies at the University of Hertfordshire. After graduating with a degree in both Business Administration and Management, Niyah decided to take his career to another level. In 2019 the artist enrolled in Notting Hill Academy of Music to pursue a career as an A&R.

Smith’s biggest accomplishment has been founding his own music management and consulting firm in 2014 called RichouseEntertainment. His line of work through the company includes artist management, social media management, event coordination, and the creation of merchandise. The company has hosted numerous sold out events for names like Stefflon Don and Unknown T & Rara.

Niyah Smith’s multifaceted role in the music industry gives him the ability to piece together so many different situations. His experience as an artist allows him to relate to other young artists on the rise, offering mentorship if carefully chosen.

You can listen to “Ibiza” here: