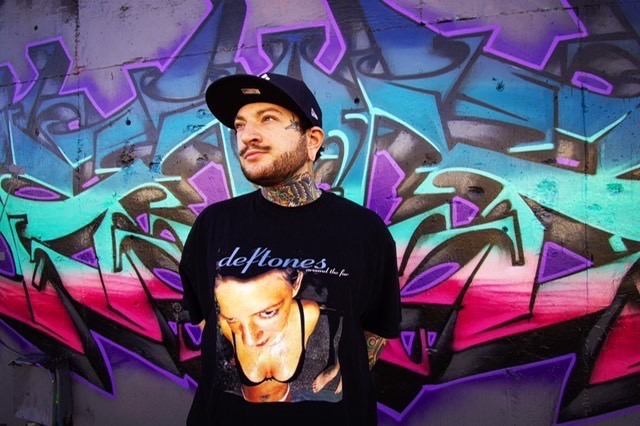 New Jersey Hip-Hop lyricist and emcee Dizasterpiece is an artist to watch out for on the music scene of 2021. The unconventional DJ and master of ceremonies is growing in popularity with an ever-expanding fan base especially since his latest release Hip-Hop Is on Its Way Back.’

The new track showcases the signature style of Dizasterpiece who is fiercely passionate and creative when it comes to his genre of music sending out a message with his latest project that Hip Hop needs to be revived and he is using all of his star power to get it back on track.

Dizasterpiece comes off as an eccentric artist covered in tattoos and looking the part as a character straight out of the hardcore HipHop scene of 2000. Since his first project The Abominable Snowman in 2013, he has matured as an artist with music that is a consistent and focused example of his favorite genre, Hip Hop which he feels is losing its shine due to mainstream media. His latest project Hip-Hop Is on Its Way Back is a calling for a Hip-Hop renaissance of sorts that will revive the fan interest in the music style again. The track is a foot-stomping energy driven number that displays Dizasterpiece’s skills as a emcee par excellence.

Dizasterpiece has always been one to take his music seriously. Unlike conventional artists who choose the safe route of endless mixed tapes, Dizasterpiece has always taken the road less travelled. Throughout the early days of his career, he has cut several records, booked shows, toured independently and played rap gigs with notable artists such as Immortal Technique, Rakim, R.A. The Rugged Man, Cage, and Chris Rivers. His experience culminated in the 2013 project The Abominable Snowman which he kept pushing to promote his name.

Hip-Hop Is on Its Way Back is Dizasterpiece refined as an Emcee who has come into his own. He wrote the number a few years ago when he finally experienced a new level of Emceeing where he found he could easily trade energy back and forth and connect with his audience. He knew it was a ripe time to write a song that would get fans interested in hip-hop again.

The experience of his latest project has evolved the artist to a new point in his career where he admits, he is more polished as an emcee, lyricist and Hip-Hop artist. His lyrics and temp display a subtle confidence with the flow switching from aggressive to laid back exhibiting the nature of the lyricist perfectly. Dizasterpiece hopes to initiate a lyrical boom of HipHop going mainstream again so that the standards of the HipHop scene are raised for all those pop artists indulging in Hip-hop too.