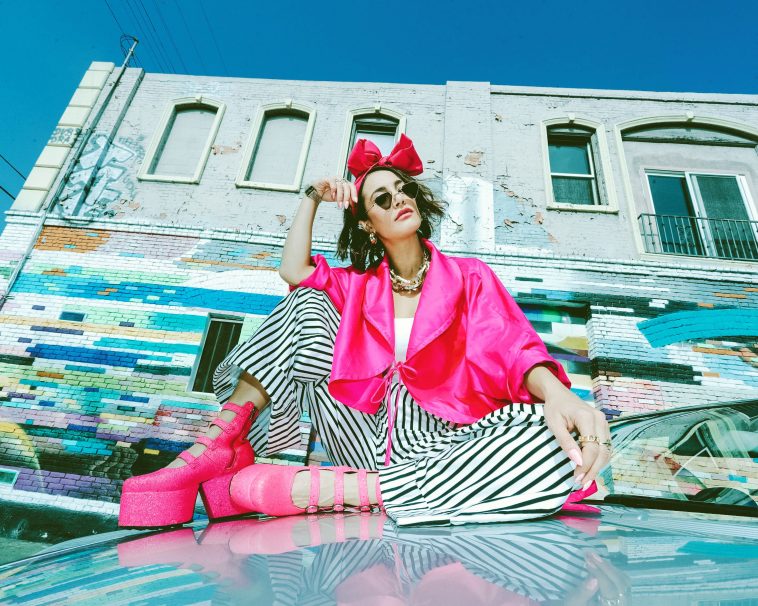 Processed with VSCO with aga2 preset

LA-bred rising singer-songwriter Talia Serene announces the release of her debut single and music video titled “Like I Know Me.” The song shares Talia’s epiphany around trusting her intuition despite the pressure from society.

“Like I Know Me” blends Talia Serene’s powerful urban flow with flawlessly produced soundscapes. The singer delivers a top-notch release, a fusion of empowering lyrics and R&B-Hip-Hop influences. Her uplifting voice, and original approach in blending genres exposes her as a confident artist with a clear vision of her sonic direction.

“Like I Know Me” is an outstanding debut that shows off all Talia Serene’s best features: a smooth and catchy flow, songwriting skills, and ability to deliver polished and well-produced songs. “Like I Know Me” is a magical concoction of colorfully detailed tracks that celebrate self empowerment. The music video to “Like I Know Me” is a captivating and creative picture that proves her uniqueness and one of a kind vision.

Being the daughter of immigrants, Talia struggled with fitting in with her heritage, family expectations, and life growing up in California. Feeling lost and unsure of herself, she hit her breaking point during her last year of college. Her strong urge to find herself led her to a week-long music festival in the middle of the desert. For the first time, she saw people completely in sync with who they are and owning their authentic selves. Talia experienced a major paradigm shift, which led to her own journey of discovering her true self. Her vibrant energy and cheerful charisma have fully surfaced, and through everything she does, Talia strives to lead others to a similar revelation.

Let us know what you think of Talia Serene’s new single “Like I Know Me” on @CelebMix!