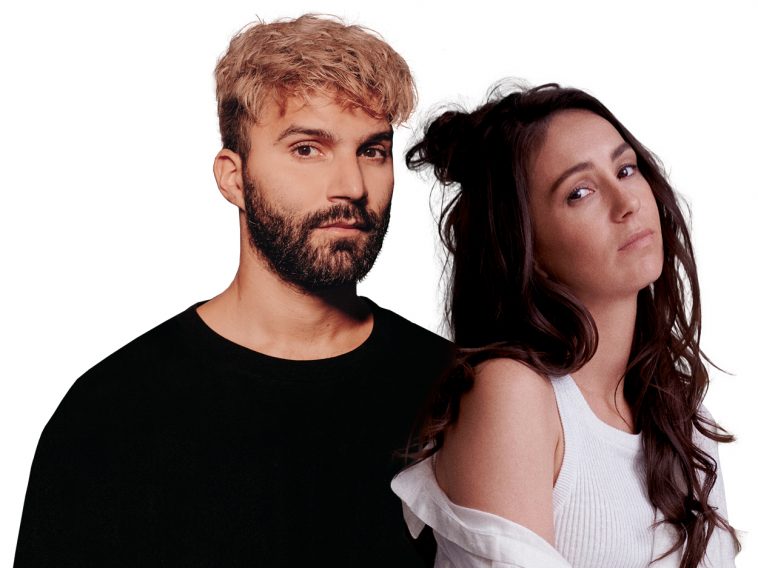 Multi-Platinum producer R3HAB joins forces with one of Australia’s most formidable singers/songwriters Amy Shark for “Sway My Way,” an organic take on Bic Runga’s renowned song “Sway.” The new single marks a creative departure from R3HAB’s signature high-energy dance music style with a more laid-back feel. Riding on organic instrumentals and Shark’s crystalline vocals, the two artists create a cathartic and emotive sonic energy that still pays homage to the original version. “Sway My Way” follows R3HAB’s recent bilingual release “Turn The Lights Down Low” with Timmy Trumpet and Chinese singer NINEONE#. Read on for both artists’ take on the new release:

“Every record reveals a new facet of the artist behind it. ‘Sway My Way’ might surprise some listeners, as it’s got a more organic and stripped-back feel than many of my singles, but I love the dynamic it brings. Amy is an incredible artist and a pleasure to work with, and I’m so glad she helped me bring this song to life.” – R3HAB

“I have a lot of family from New Zealand, so naturally I grew up loving Bic Runga, and her song ‘Sway’ was one that I loved so much. When R3HAB asked me to join him and put my spin on the song, I jumped at it.” – Amy Shark

Multi-Platinum DJ and producer Fadil El Ghoul, better known as R3HAB, has been trailblazing his way through dance music for the past fifteen years. From his breakthrough remixes for Rihanna, Drake, Taylor Swift, Calvin Harris, to anthems such as Platinum-certified “All Around The World (La La La)” and “Lullaby,” to his collaborations with the likes of Ava Max, ZAYN, Luis Fonsi, Sean Paul, and more, R3HAB has proven to be one of the most forward-thinking artists in the game. His work has collected over 8B streams to date, including 1.1B in 2021 alone. R3HAB founded his label CYB3RPVNK in 2016, which has passed 4B streams across platforms since its inception. R3HAB continues to evolve and diversify his sound by working with artists around the globe, pushing the boundaries of dance music as he collaborates across genres and languages. He is Spotify’s Most Discovered Artist, one of Spotify’s top 200 most streamed artists, ranked #12 on prestigious DJ Mag’s Top 100 DJs chart, and has earned over 70 Gold and Platinum certificates. R3HAB has embarked on multiple sold-out worldwide tours and was the first dance music artist to sell out 15 consecutive shows in China. On top of that, he performed at the world’s top festivals, such as EDC, Ultra Music Festival, Tomorrowland, Balaton Sound, Coachella, Summer Sonic Festival, DWP Jakarta. With his combination of innate artistry and innovative attitude, R3HAB has earned his place as a household name in dance music.

After honing her craft and self-producing her music for years, Amy released her breakout hit, “Adore” in 2016. The emotive single put Amy on the map as one of Australia’s most formidable songwriters. “Adore” went on to achieve 6 x Platinum certification in Australia, a streaming count that surpassed 115M, and second place in the influential listener-voted 2016 Triple J’s Hottest 100. This was followed by 6 x Platinum single “I Said Hi.” Soon, the international music community came knocking, leading her to work with Blink 182’s Mark Hoppus, heavyweight pop producers Jack Antonoff and Joel Little, among others. In 2018, Amy released her debut album, “Love Monster.” The album debuted at #1 on the ARIA charts, and her 2019 3 x Platinum single “Mess Her Up” dominated commercial radio and streaming services. With “Love Monster,” Amy scored nine nominations at the 2018 ARIA Awards and four wins, including “Album Of The Year,” “Best Female Artist” and “Best Pop Release.” Amy has toured internationally and performed on several major US television shows, including “The Late Late Show with James Corden” and “The Tonight Show Starring Jimmy Fallon.” 2020 saw Amy Shark releasing the first offering of new music from her sophomore album “Cry Forever,” with “Everybody Rise.” The now 2 x Platinum-accredited single is nearing 40M streams and spent 12 weeks in the top 10 Australian airplay chart. Amy’s latest album, “Cry Forever” was her second #1 ARIA debut holding and saw Shark team up with blink 182’s Travis Barker on Gold accredited single “C’MON” and global superstar Ed Sheeran to co-write platinum single “Love Song’s Ain’t For Us” featuring Grammy award winning artist Keith Urban. Today Amy has amassed close to 1B combined global streams.