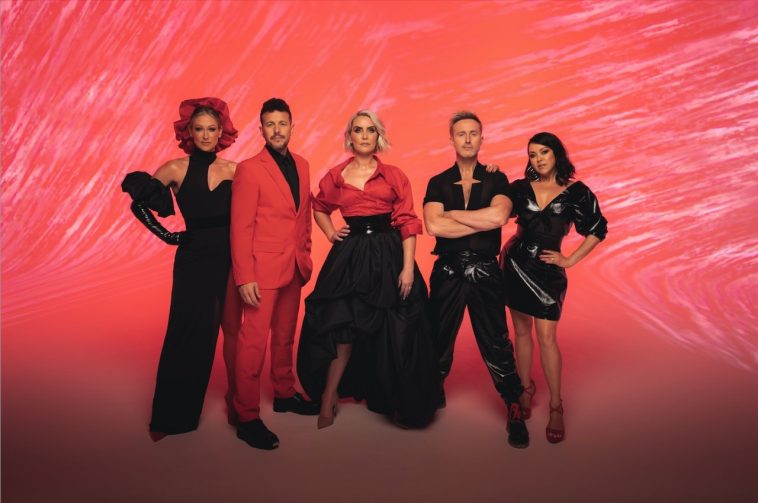 Fresh from the release of their latest album teaser track, The Slightest Touch – a remake of the classic 1986 hit by pop supergroup Five Star, Steps drop the super slick visuals for their current single, Take Me For A Ride.

In a statement accompanying the videos release, the group say: “This was one of our all-time favourite video shoots, the day itself was such good fun and we’re delighted with the end result. We think the ultra-modern direction might come as a surprise to some people – but much like the song itself, it keeps the essence of Steps but takes what we’re best known for in exciting new directions!”

Watch the official music video for Take Me For A Ride below:

“Tell me, what the future holds…”

With just over two weeks to go until the release of their latest album, What The Future Holds Pt. 2, excitement amongst fans of the pop quintet looks set to reach fever pitch!

Scheduled to hit both stores and streaming services, Friday September 10th, the record spans 15 tracks and includes 10 brand-new unheard songs along with special stripped-back acoustic versions of previous singles as well as the revamped single mix of Heartbreak In This City, featuring RuPaul’s Drag Race star Michelle Visage, along with previous single releases The Slightest Touch and Take Me For A Ride, which the group performed live for the first time last week at their Radio 2 Live headline performance at Manchester’s O2 Ritz.

Available to buy in CD (both standard and deluxe versions), vinyl, cassette and on digital formats. Additional to the five other formats, the CD will also be available in a stunning rainbow laminate, exclusive to HMV.