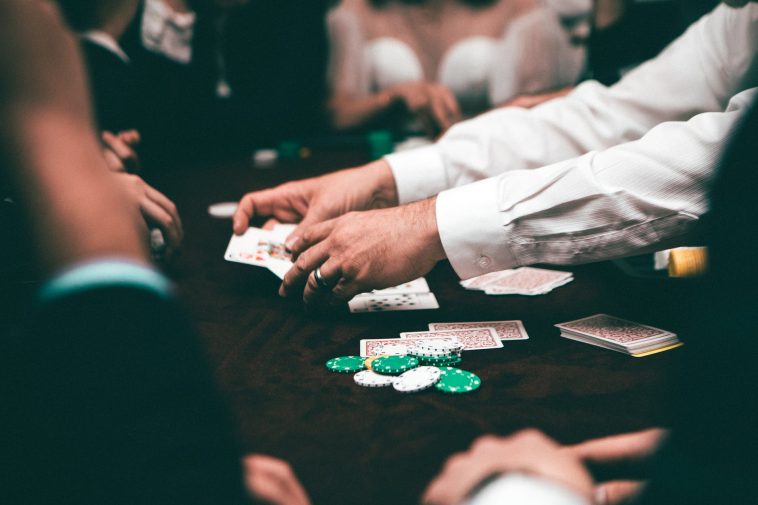 Photo by Javon Swaby on Pexels.com

One reason online casinos have become so big in the gambling industry is due to the numerous gaming alternatives they provide. Game manufacturers have grown more creative over time. Developers invest heavily in research and development to come up with innovative solutions for the modern customer. Today’s casino games have brilliant animation, enticing features and captivating storylines. Providers source inspiration from almost anywhere, including movies. Films are leading entertainment sources. In 2019, the industry brought in a recording-breaking $100 billion. Digital growth has made it easier than ever to consume movies.

Therefore, it is practical that casino game manufacturers want to capitalise on this market. Movie-themed virtual slots are common at top online casinos. They range in genres from action to comedy to horror. Film-based games include scenes, characters and soundtracks from the pieces they are inspired from. So, players can relieve experiences from popular motion pictures, except with money at stake. Gamblers can find slots that feature classic films and others that offer the latest on the box office. This article explores some of the biggest movie-themed slot titles.

The 1994 film, starring Laura Dern and Sam Neill, is iconic and has gone on to inspire sequels, amusement parks and a love for dinosaurs. Microgaming released a slot based on the movie in 2014. In the game, players get to go on a thrilling adventure involving dinosaurs chases. The slot uses 3d image rendering to deliver a highly realistic experience. Microgaming also incorporated parallax scrolling, effects that move the background graphics slower than foreground images. The game features different dinosaur types on the reels, including velociraptors, T-Rex and triceratops. Players have various chances to cash in big, courtesy of several free spins features. The game also has an RTP of 96.67% and a non-progressive jackpot worth 95,000 coins. You can find Jurassic Park at most Microgaming casinos. Check out Casino.Guide for reviews of some of the best Microgaming sites.

Are you a fan of the caped crusader of Gotham? Then you have several online slots of the same theme from which to pick. The Christopher Nolan film with Christian Bale as Batman and Heath Ledger as the Joker is lauded as one of the best superhero films in history. Hence, it’s not surprising that it has inspired multiple slot games. The Microgaming version offers 243 ways to win and a maximum wager of 600. It features a grim, dark look to match Gotham City’s ambience. Players get free spins and a bonus round. The Dark Knight also comes with four progressive jackpots – mini, minor, mega and major. Its mega jackpot starts from $1 million. Due to the progressive jackpot, the game has a low RTP of 88%. Other slots versions of the same movie theme are available from Playtech and IGT.

A cult classic, The Mummy, is a 1999 film from Universal Studios starring Brendan Fraser and Rachel Weisz. The slot machine game comes with 5 reels and 25 paylines, with a betting limit of 0.05 – $1 per line. Powered by Playtech, the slot contains numerous features that should keep players entertained for a while. It has a Lost City Adventure bonus that activates randomly to increase your playtime, and consequently, your winning probabilities. 5 Brendan Fraser symbols trigger the jackpot, which is 10,000 coins. The slot also includes the Mummy hunt game, where the player searches for mummies and kills as many as possible. Killing 10 mummies unlocks a clip from the movie. The Mummy slot machine is visually stunning, with excellent opportunities to boost winnings.

If you are more of a Marvel than DC fan, then several blockbuster-themed slots are available, including The Avengers. The film, which features a star-studded cast, was a massive hit and set the stage for three more sequels. Playtech developed the slot with superior quality graphics that make every scene feel real. You get to experience Marvel superheroes battle Loki in New York. The Hulk, Iron Man, Captain America and Thor are the main heroes, who also count as the primary symbols. Nick Fury, Hawkeye and Black Widow are also part of the game. The Avengers has a jackpot of 10,000 coins that you can trigger with 5 S.H.I.E.L.D icons. The slot has bonus rounds and free games.

Who would have thought that such a silly movie about ghost hunting would rise to the level that Ghostbusters has? The film was, and remains, a must-see, especially for children. So, IGT figured that you could bust ghosts while you try to make money. Ghostbusters is a 5-reel, 50-betline virtual slot with betting limits of $1 to $50 per line. Therefore, it is suitable for players with a sizeable budget. Besides the film’s main characters, the game also includes the various tools used in the movie like proton packs, Ecto-1 and ghost traps. A bonus cash award, bonus rounds and a jackpot are some of the features present. Additionally, players get to enjoy music from the film and the iconic catchphrase, ‘Who you gonna call?’

An array of movie-themed titles is available on the market. However, not every casino that offers them is suitable. Finding a fascinating game is not enough; it should be fair, good quality and easily accessible. Therefore, players should look for registered gambling sites that guarantee safety and reliability. Consider the bonuses and promotions, as well, because they influence your playtime.

Online casino players have thousands of games to choose from; it’s just a matter of preference. However, choosing a casino game requires careful research because titles vary on a wide scale. Players should also try free games first before gambling on real-money movie slots.