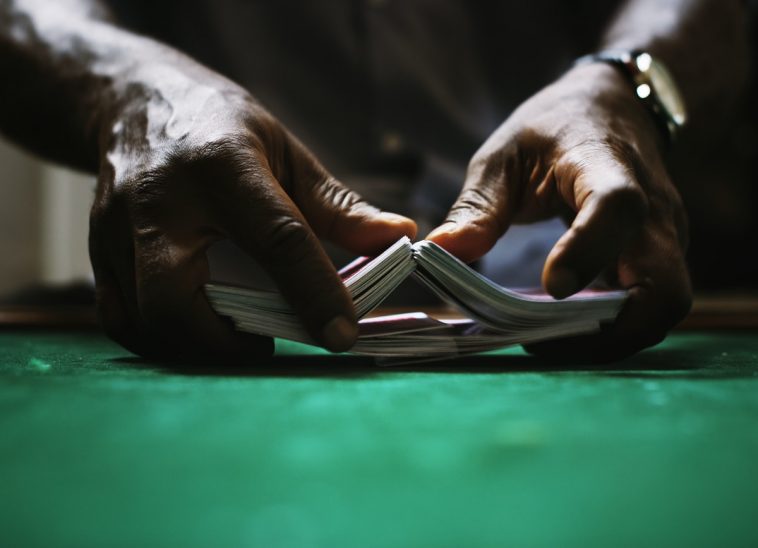 Gambling is not exclusively for the masses. Celebrities also like to try their hands at some gambling – some celebrities are even common faces at the best casinos in the world while a couple of them compete as professional gamblers at world poker championships.

Here is a list of some celebrities who have tried their luck at roulette wheels and poker tables across the globe – which you can also try at the newest casinos online.

One of the most sought after stars in Hollywood, Ben Affleck, has carved a niche for himself as a multi-talented star. He is an actor, a writer, a director, and an experienced poker player. Ben has a reputation for playing poker at both amateur and professional levels – his participation in prestigious poker competitions has earned him over a million dollars over the years.

Matt Damon is another Hollywood start with an interest in gambling. Matt is Ben’s collaborator and close associate. He is also a passionate blackjack and poker player. Although he has always been keen about casino games, his games received a massive boost after starring in Rounders, a poker-themed movie. While preparing for his role in the movie, he became Johnny Chan’s apprentice. The legendary poker player took him under his wing and taught him everything he needed to know about poker games. He has turned the knowledge to his advantage, using it to win at card tables regularly.

Charles Barkley is an all-round sports celebrity. Having made his marks in the movie and sports industries, the NBA legend has also carved a niche for himself as a poker player. Poker games have earned him a small fortune, although he has lost a significant sum of money too. He claimed to have spent over $10 million on casinos since he called it quits with basketball. However, his successful basketball career ensures that he can afford to spend that much and more on gambling.

Tobey Maguire was the leading star in the films Seabiscuit and Spiderman. However, for decades, he has devoted a lot of time to poker games since he was a teen. He also participated in several Hollywood’s private games where the idea for the movie and book, Molly’s Game, was developed.

In 2004, he lost a substantial amount of money to Ben Affleck but that has not stopped him from playing games of poker. To his credit, he has won several times on Texas Hold’em tables.

Paris Hilton is a world-famous celebrity socialite. One of her regular places of attraction is Las Vegas, the world’s casino capital. On one of her trips to Vegas, she won $30,000. She allegedly plays online casino games too – rumours have it that the petite socialite plays as an anonymous player on poker apps and sites. If you use poker apps and sites, there are chances that you may stumble on this celebrity gambler online!

A screen and stage goddess, Jennifer Tilly’s commitment transcends the screen and stage. She is also a passionate poker player who is considered in the gambling industry as a semi-professional. In 2005, she participated in the World Series of Poker where she won the gold bracelet. Her list of laurels includes landing the top spot on the  Ladies No-Limit Hold’em competition.

Gambling wasn’t Brad’s thing until he took up a role in Ocean’s 11. While preparing for his role in that blockbuster movie, he developed a passion for playing a variety of games such as blackjack, poker, and slot machines. He hasn’t stopped playing these games even years after filming the successful movie ended – he’s been seen gambling at different casinos across the globe.

George also co-starred with Brad Pitt in Ocean’s 11 – Brad’s friend has been playing poker games since his childhood. Collaborating with Tobey Maguire, he contributed immensely to the private Hollywood games. These games gave the inspiration for the movie Molly’s Game. As proof of his passion for gambling, he once experimented with building a casino in Vegas. Tagged Las Ramblas in Vegas, the construction project never saw the light of the day because it stopped at the planning stages, although the veteran player had already committed millions into the project. It was one of the several gambles he never won.

Derren Brown is a renowned mentalist in the casino world. The Brit was a successful player who had a handful of losses in comparison with his long list of wins. His success in the gaming industry was so legendary that he was banned from some casinos in the United Kingdom. Casino staff claimed that he was fond of betting small stakes and had few losses to his name.

He was a professional blackjack and poker player who leveraged his power of suggestion and personal ability to predict his opponent’s intentions, an ability that contributed in no small way to his gambling success.

50 Cent is an internationally-recognized rapper. The successful rapper is also a sports betting and casino legend. Although he has several wins to his name, two are outstanding. He once placed a $2 million bet in favour of Floyd Mayweather in his bout against Manny Pacquiao. He also placed a bet against the San Francisco 49ers in their game against New York Giants. He won both bets.

The blackjack and poker tables offer everyone – irrespective of their status – equal chances when dealing cards. So, when next you are playing a poker game, you may be playing with a celebrity unknowingly!