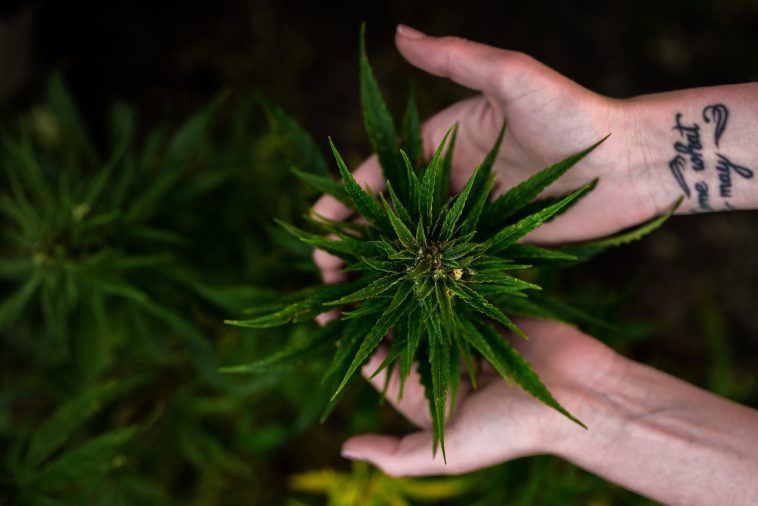 Soon after the signing of the 2018 Farm Bill in December that legally separated the Hemp from the Cannabis plant, we can now find CBD in almost everything we consume. As CBD has rapidly gained popularity, we can now drink it, eat it, and even slather it on from head to toe. And, as we currently witness, some of the biggest Hollywood’s names are doing the exact same thing.

But what causes all the hype around CBD? As Cannabidiol effectiveness continues to be recognized by people with many symptoms such as sleep insomnia, joint pain, back pain, anxiety and many others, the way it burst into the lifestyles of popular culture was not something unforeseen. Its unignorable benefits have rapidly convinced famous figures to either personally use or endorse a wide variety of CBD products.

Canadian comedian and actor Seth Rogen is a well-known supporter of medical use of marijuana and even joined the United States Congress to confront leaders on current CBD law. He currently uses Hemp CBD oil, and as we probably know, he is very enthusiastic about its numerous benefits. Seth Rogen is particularly interested in how cannabidiol can treat patients with Alzheimer Disease.

He is a huge advocate of CBD law for medicinal purposes, and even founded a non-profit organization named Hilarity for Charity, intending to raise awareness and support Alzheimer’s’ progress. Moreover, he maintains that CBD products such as oils can be a vital treatment management tool and dedicates much of his time speaking up for CBD and Medical Marijuana benefits. In a recent tweet, the actor responded to a comment, saying that CBD can work wonders if you are dealing with “restless leg” syndrome.

Gorgeous actress and singer Kristen Bell used to struggle with depression and anxiety since she was 18. Soon she discovered that one natural way to manage serotonin imbalances is to ingest CBD oil. Moreover, Kristen Bell uses CBD tincture to soothe her muscles after a good body workout as well.

In 2019, the American businesswoman, television personality and writer, teamed up with Canopy Growth, to promote and produce organic hemp-based CBD products. Throughout one of her many collaborations, she advocates a products line for products for pets and plans on expanding to food and cosmetic products as well. When did it all start? As she accused an aching tendon, Martha started to use various CBD products, creams, and patches to relieve the discomfort.

The A-list filmmaker and actor, who has Type 2 Diabetes, recently joined forces with Heather Pyces, a student at Cornell University to investigate the effects of cannabidiol for those dealing with stress-related illnesses and diabetes. Where did it all start? Tom Hanks started to use cannabidiol to relieve anxiety symptoms, but later he discovered its extra effects on pain and aches.

The American actress, businesswoman and producer, Jennifer Aniston promotes and enjoys CBD as it provides necessary support to treat symptoms of anxiety and depression. In 2001, Jennifer admitted to Rolling Stones magazines that she occasionally smokes weed and that there is absolutely no reason to be ashamed of that. Moreover, Jenny affirmed that moderation lays at the core of everything and that, nowadays she is happy she can buy hemp flower and use THC-free CBD products without the high effect and “the munchies”.

Earlier this year, Emma Roberts too, extolled the benefits of her new favourite CBD batch tonic on her Instagram account, explaining how it helps her to soothe the whole body. Hanna, as in the Mazz Hanne, the name of the product, mentioned that incorporating CBD into her products can be an excellent tool to reduce long-term pain from a car accident.

During an interview for The New York Times, Irish and American actress, Olivia Wilde opened up about her appreciation of Lord Jones, a CBD based product. Moreover, she admitted that during a six-month play on Broadway, she accused acute muscle soreness. CBD helped her relieve some of that pain without having to rely on too many painkillers.

Stunning model and American actress Dakota Johnson rely on CBD for various reasons. One of them is that CBD provides her essential aid when it comes to sleeping. Dakota resorts to sublingual organic CBD oil drops, which means she drops the oil under her tongue, let it there for about a minute and then swallows it. She mentioned that this is one of the most effective ways to use CBD oil orally as it absorbs incredible fats through the mucus membrane making his way throughout the bloodstream.

Best known for his work on SNL, actor and comedian Pete Davison advocates and uses CBD products as well. He recently told the Breakfast Club that CBD “is the weed that makes your stomach feel great”. Pete mentioned that most of the weed he smokes is actually CBD which is very low on THC. Thus, smoking CBD works great for your body muscles and relieves pain.

Gina Mazany, a current martial artist who competes in the UFC, mentioned that she uses CBD to cope with the severe physical challenges of her routines. Gina believes that CBD has a wide range of benefits and that everyone should use as a healthier alternative to prescribed painkillers.

Even though CBD may seem like another hype-generating, its incredible benefits are simply undeniable. There is no wonder why so many important names teamed up in promoting its effects. CBD has quickly become one of the healthiest alternatives to traditionally prescribed medication and that it can be a formidable tool in anxiety and stress control. Given its numerous benefits, CBD continues to convince a great number of world-famous people to advocate and share its properties in many different ways.