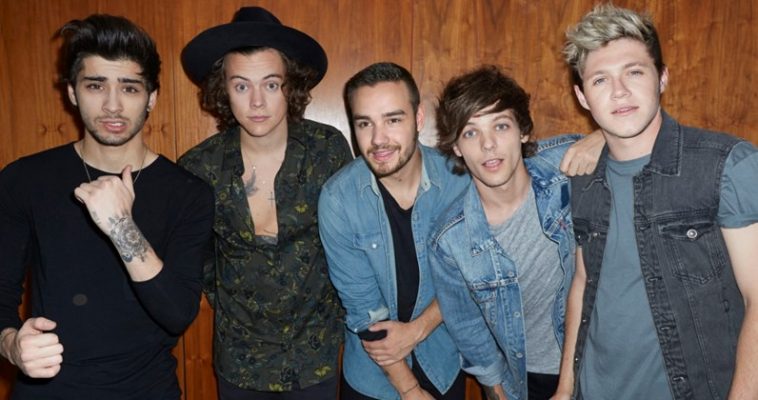 There is one thing  you can’t call the lads of One Direction, and that is boring. Despite having to sing the same songs night after night on tour, they always manage to keep us on our toes. One way they keep things fresh is by changing up the lyrics now and then. It was a usual practice during the Up All Night and Take Me Home tours, but was less of a common occurrence as the years went by. Nevertheless, the lyric changes always had the boys and ourselves doubled over in laughter. So get ready for 10 of the funniest lyric changes from our favorites.

A classic lyric change from a young Mr. Styles! Other variations of this lyric change include “big brown poo, and “I love chicken soup.”

Ever the jokester, Louis changed up this lyric quite often. Other substitutes for the lyric “You can’t go to bed / Without a cup of tea” include, “Susan Boyle’s tea,” “raisins on your sheets,” and “pack of frozen peas.”

During one of our favorite covers of a song ever (we’re still bitter that there was no studio version) Liam was inspired by a plush parrot that was thrown on stage. He took the lyric “I’m just a teenage dirtbag, baby like you” and changed it to “I’m just a talking parrot, baby, like you.”

Though not exactly a lyric change, Harry usually took advantage of pause during Zayn’s solo to add a nice “yeah” in there. Often times, though, the “yeah” was subbed out for “what a lie,” and just about every other word he could fit into the few seconds.

4. Take off your clothes (Save You Tonight)

Much to the pleasure of screaming fans, Harry changed “You should open your eyes but they stay closed, closed” to “it’s a little too hot; take off your clothes.” This song was subject to lots of fun changes, including “I’ve been trying for years to grow a beard,” and “if you’re hungry then eat some Cheerios” among several others.

Back in the days of the Up All Night Tour, a few of the boys changed up the chorus of I Want. Niall, and Louis swapped the lines that end in “but that’s crazy” and “but that’s not me” for  “but that’s gravy,” and “but that’s Jay-Z.” They boys even threw Kanye into the mix.

2. Showers that are French (Over Again)

We always loved watching Niall and Louis interact during Louis’ solo in this song. Louis always switched up the lyrics, which more often than not caused Niall to double over in laughter. In the clever line, “I can make your tears fall down like the showers that are British,” the word “British” was often replaced with “French” or “Danish.” Niall’s reaction to the lyric change was almost better than the change itself!

After Louis’ hurt his knee on stage, Liam decided to dedicate this song to Louis’ ailing knee. The result is absolutely hilarious, and Louis even joins in to poke fun at his knee.

These boys never fail to put a smile on our face, and we’re grateful for that. It’s good to know that if we’re ever feeling down, we can look back on all the fun they had on stage, and all the laughs they shared together!