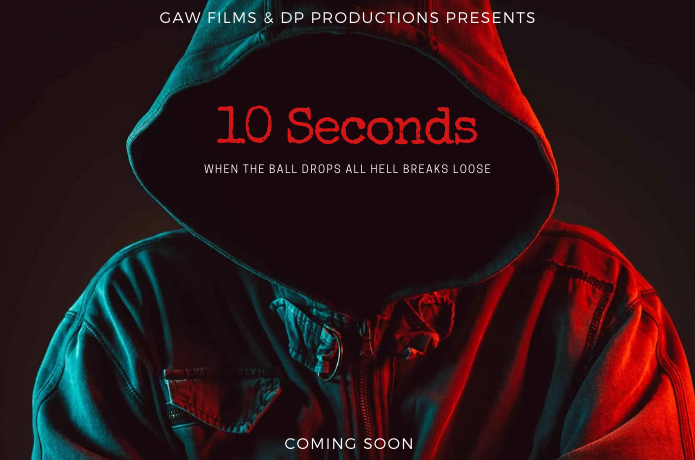 From the Creators of RAGE. Gary A Wales who is Playing the role of Josh, Co-Directing, Co- Producing and Co-Writing 10 Seconds with David Penman Co-Director, Co-Producer & Co-Writer are back in Action.

An inventive, violently smart movie that follows a Stalkerish Ex-Boyfriend that doesn’t want to let go.

Announced on the GAW FILMS & DP PRODUCTIONS social media pages over the past weeks 10 Seconds in in the making, we have no information on the piece as of yet, but all we know is that it is a Action, Thriller and Drama.

Filming is due to start at the End of the Year, Start of Next Year.

They have launched the Launch Page on the crowdfunding site Indiegogo, you can sign up to be updated when the campaign goes live. The 10 Seconds Campaign on Indiegogo is there to gain funding for the Project and to get others involved in the process.

Wales & Penman used Indiegogo to get funding for their latest Short Film RAGE and were very successful at doing so. RAGE is due for release April 18th, originally January 24th but due to the Coronavirus it was postponed.