With every year that draws to a close we are able to look back and say, “that was a great year,” but at the end of 2007, we really meant it. It really was a great year full of amazing things and legendary moments which we can now look back on fondly and feel honoured that we got to experience. 2007 was the year that the iPhone was introduced, the year that Sean Kingston, Fergie, and the Red Hot Chili Peppers were dominating the music charts, and the year that Deal or no Deal was still classed as a popular television show… The good ol’ days when everything seemed so much simpler.

Now as we step into the year 2017 with the anticipation and excitement of making more great things happen, we’re feeling pretty nostalgic. And old, we’re feeling very old. So we thought that we should make you feel old too by remembering some of the best-loved movie releases to come out of 2007. These films will all be turning ten years old this year and quite frankly, we’re not ready for it at all.

What is it about? The movie tells the story of an inventor called Lewis who is warned to look out for a guy in a bowler hat who is out to destroy him. With the help of a weird kid who claims that he is from the future, Lewis must find a way to stop the guy in a bowler hat and save the world.

What is it about? The movie tells the hilarious story of two ice skaters who are stripped of their Olympic medals and permanently banned from any Men’s Singles competitions. After spotting a loophole in the rule book which states that they can still take part in the games as a pair, they have to find a way to put their differences aside and work together to qualify.

What is it about? Juno presents the story of a teenager who is faced with a big decision after she unintentionally falls pregnant. The movie takes the viewer through her journey as she is forced to choose between her own happiness and the happiness of her unborn child.

Notable mentions: Sunny D, Thundercats, “especially gold shorts,” and a Fertile Myrtle… Trust us, these mentions make a lot of sense once you have seen the movie. We promise that we haven’t completely lost our minds! 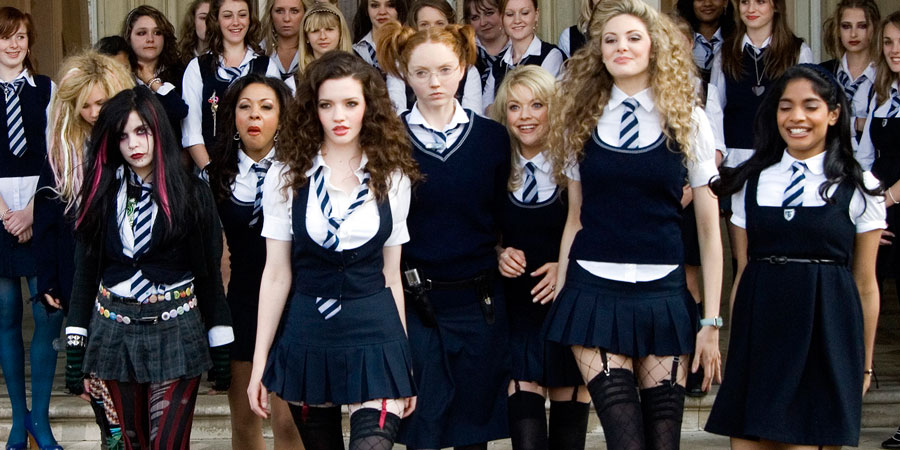 What is it about? St. Trinian’s tells the story of a group of troublesome girls who attend a private school which is notorious for being bad. When the school becomes bankrupt and is on the verge of closure, the girls decide that they must save it before it’s too late but it’s not long before they realise that they have no help from anyone else, a limited amount of brain cells, and a group of geniuses on their tails. 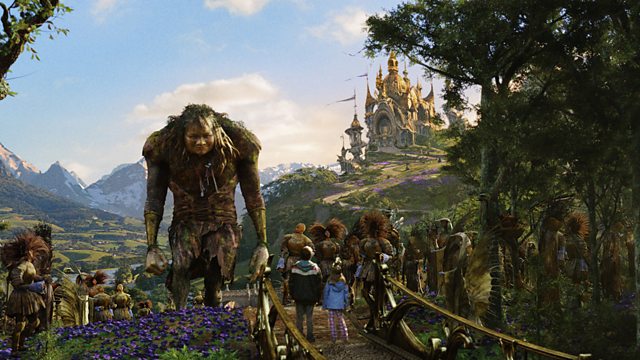 What is it about? The Bridge to Terabithia is about two pre-teen rivals who manage to set some of their differences aside and become friends. Together, they imagine a magical land filled with giants, ogres, and trolls called Terabithia. They use their fantasy world to escape their harsh real world, and they both learn some valuable life lessons along the way. 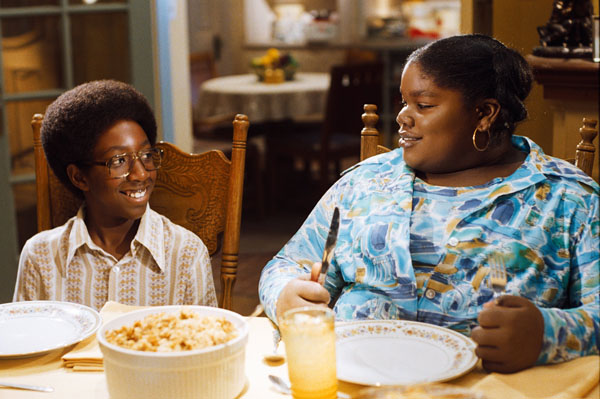 When was it first released? 9th February 2007

What is it about? This movie is about a boy who is raised in an orphanage after he is abandoned by his parents as a baby. He is raised there alongside a little girl named Kate who he quickly falls in love with. When Kate gets adopted and Norbit is left behind, he is crushed and goes on to marry a monstrous woman called Rasputia who is the complete opposite of Kate. A few years on, Kate moves back into town looking all gorgeous, smart, and basically everything that Rasputia isn’t. Norbit must then try to win his true love back while still trying to survive a life married to Rasputia.

Favourite quotes: “We were the best of friends, we even pooped together!” “You married a gorilla.” “You heard what I said, strumpet!” “Say Tuesday again and you ain’t gonna live to see Wednesday.” When was it first released? 2nd November 2007

What is it about? This movie is about a bee called Barry B. Benson who graduates from college as all bees do because hello, they are bee-yond smart (did you see what we did there?) and then on a special trip out of his village one day, he realises that humans eat honey so he makes it his mission to sue all of them.

What is it about? Enchanted tells the story of a beautiful princess named Giselle who is banished from her life in animation to a modern-day life on the streets of Manhattan by an evil queen who is out to get her. The movie takes the viewer through a hilarious series of events as Giselle tries to fit into the real world. She also meets a handsome prince- sorry, divorce laywer, on her journey and of course they fall in love and must have true love’s kiss because what fairy-tale doesn’t have one of those?

What is it about? Rowan Atkinson perfectly portrays our favourite Mr. Bean as he wins a trip to visit Cannes in France, unintentionally separates a young boy and his father on a train, and ends up on a cross-country road trip with the young boy and an actress. What could possibly go wrong?!

What is it about? The third installment of Shrek’s story shows the viewer what happens when our favourite green man becomes the next heir to the throne when his father-in-law suddenly dies. But Shrek is an ogre (in case you haven’t yet noticed) and ogres like swamps so not wanting to give it up in favour of a lavish palace, Shrek teams up with his best friends Donkey and Puss In Boots to find the legitimate heir to the throne Artie.

Something to look out for: Shrek and Fiona’s adorable swamp babies. They’re so cute!

What is it about? This movie tells the story of two people who live totally different lives but who are forced to get along when they have a one-night-stand which results in a baby. Honestly, this is one of the funniest movies to ever be made and you only have to watch ten minutes of it to understand why.

What is it about? Surf’s up is about a penguin called Cody who has had enough of being ridiculed by his so-called friends so he decides to try and win the biggest competition in the world of penguin surfing. Inexperienced and flustered by the pressure of it all, Cody soon gets wiped out by a wave and is swept into the jungle where he meets an old surfer called Geek who is living there as a recluse. The pair make friends and go on a journey together, each learning some valuable lessons along the way.

What is it about? The latest in the Fantastic Four series shows us what happens when everyone’s favourite superheroes have to team up to save the Earth after an evil planet-eating space monster named Galactus sends the Silver Surfer down to try and destroy it.

What is it about? This movie tells the story of a scientist who is immune to an incurable, man-made virus. As the only known survivor in New York City, he must try to find any other survivors and then work on finding a cure. He soon realises that his task won’t be an easy one though, as those who have already been infected by the virus are lurking in the shadows and watching his every move in the hope that he will make a mistake so that they can devour him and turn him into one of their own. What is it about? Ratatouille is about a rodent named Remy who dreams of becoming a French chef, but obviously he’s a rat and everyone hates him so he’s going to need some kind of miracle or a bit of Walt Disney’s magic to succeed.

When was this movie first released? 27th July 2007

What is it about? Our favourite family step from the small screen to the big screen in this movie as they try to save their town of Springfield after it becomes encased by a giant dome. Wait, we forgot to mention that Homer is the reason that Springfield gets trapped underneath the dome because he thought that it would be a brilliant idea to buy a pig (spider pig, spider pig…) and then let him pollute the town’s entire water supply. D’oh! 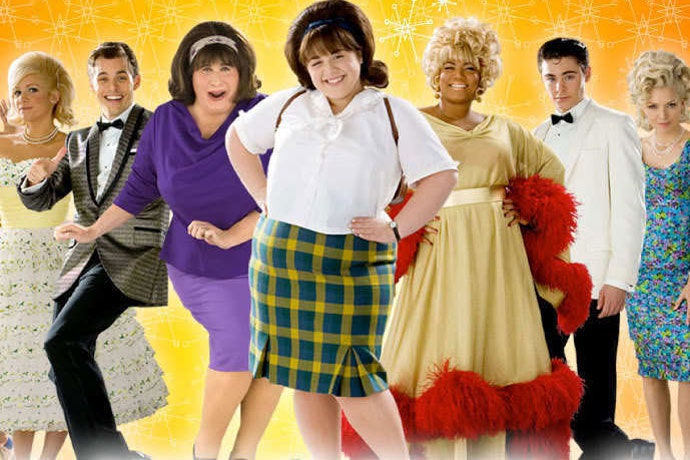 What is it about? We shouldn’t even need to explain this one because everyone should have seen Hairspray at least a hundred times now. If you haven’t then we are majorly judging you and we will only stop doing so when you know every word to You Can’t Stop The Beat. It’s like, the law. But basically the movie is about Tracy Turnblad, a plump teenager who wins a place to dance on her favourite television show. Fellow dancer Amber Von-Tussle and her evil mother Velma are outraged by this as they think that Tracy is going to ruin the image of the show which is essentially just full of good looking air-heads. They set out to get her kicked off but Tracy has more heart in her little finger than they have in their actual chests and she devises a plan to not only stay on the show, but to also integrate it so that people of every colour can dance on it… All while trying not to dent her ‘do!

Something to look out for: Zac Efron. Enough said.

What was your favourite movie of 2007? Let us know on Twitter, at @CelebMix.

Hi! I am a 23 year old graduate who loved writing essays so much that I like to do it in my free time too. Some of my other hobbies include listening to music, trying out the latest make-up trends, and catching up on celebrity gossip. I am a small person with lots of big dreams and you can check me out on Twitter, @StrawberryZoe.