Once again, Directioners prove how wonderful they really are.

The end of the year is soon approaching, which means the holidays are coming as well. In celebration, @MITAMPromoTeam has released another project. This one has less to do with “Made in the AM”, and more with charity and giving back.

For this project, people around the world can hold meetups, all meant for Directioners to get together. At this meetup, everyone brings an item to donate. Each meetup will be sponsering a specific foundation, which is decided by whomever is running the show.

During this meetup, since Louis’s birthday is coming up, there is a video opportunity. While at the meetup, @MITAMPromoTeam wants clips of everyone wishing or singing Louis a happy birthday.

You can see all the information in the picture below. 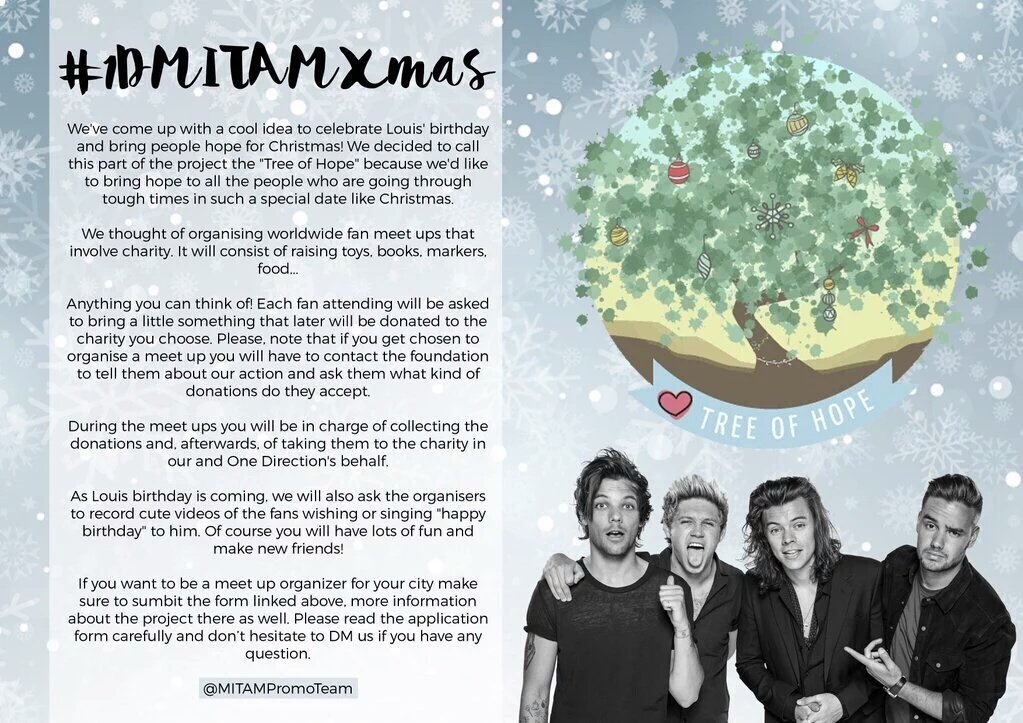 For people who are thought to be “psychotic” and “insane” by the media, Directioners have really big hearts. Not only are they doing this, but they’ve run plenty of charity projects in honor of the boys. A lot of them also donate to the ones officially run by the boys, which come around every now and then.

The holiday season is all about giving, and so is the One Direction fandom. It’s absolutely wonderful. Are you going to participate in the “Tree of Hope” project? Have you participated in one in the past? Tell us in the comments below, or tweet us at @CelebMix.