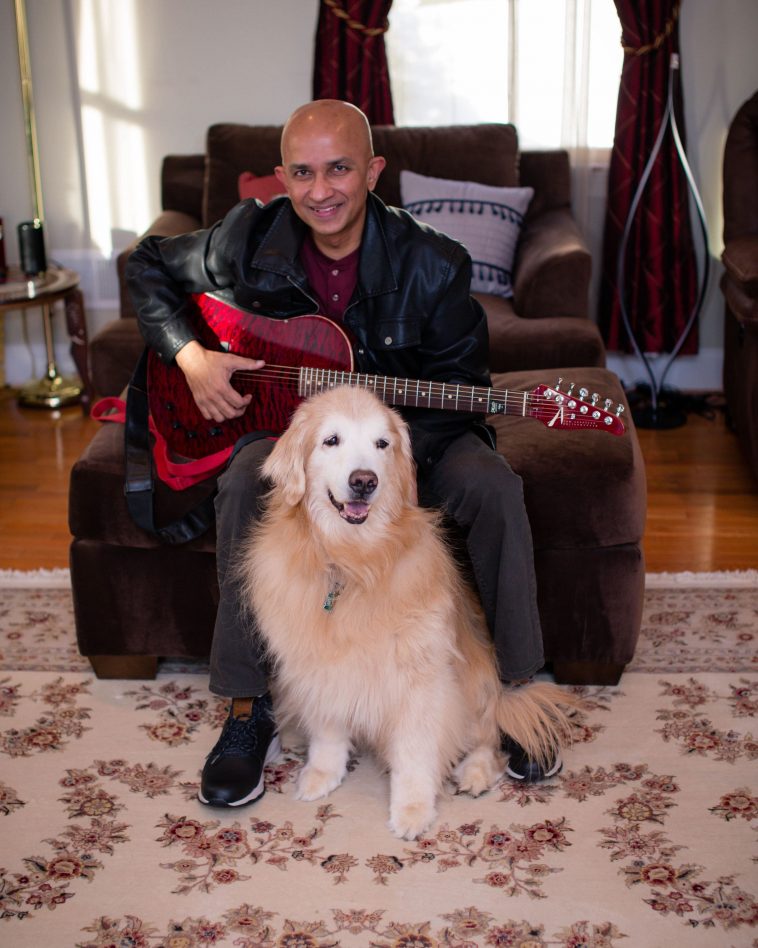 It’s never too late to embark on a music career and Jacob Chacko is here to prove just that with the release of his debut single and music video, titled “Good Moment”. He has been away from the industry for 20 years but he’s now back ready to release his own music and showcase to the world why he belongs within the music world. This debut single has already been followed up with a second track titled “Tribute”, with a third expected next month – “Dream”, all prior to the release of his debut album – Better Now or Never – later this year.

Jacob Chacko is a New Jersey singer-songwriter who has always dreamed of becoming a recording artist – and now he is. The considerable break in music only allowed his aspiration to grow in the background, and it’s been building up to this very moment. His upcoming album Better Now or Never really emphasises the journey he’s been on to get to this point in life and the album cover itself shows his good vibe energy that despite challenges there are always brighter roads ahead. He is full of positive energy and his songs really reflect that, and we’re sure he shares this energy with his family and friends as they’re the ones who inspired him to go after his dream of becoming a singer now, and the music industry as a whole with various genres inspired him to create his debut album.

The song has been written by himself, and it was recorded in his home studio. Les Lovell at the Music Factory engineered the track while it was mastered by Alan Douches of West Side Music. As for the music video, it was directed, filmed and edited by Austin Hein of Austin Hein Productions.

Talking about the track, Jacob Chacko said: “’Good Moment’ is about keeping negative elements at bay, being present, and enjoying the good things in life. It is a simple chill tune intended to brighten someone’s day.”

Full of positive energy and a variety of different sounds, “Good Moment” is beyond joyful giving the listeners some much-needed good vibe energy. Although this song was released in the winter, during the winter blues that we all feel from time to time, we reckon this is still much more suited for the beach on a warm sunny day when you’re forgetting about everything going on in your life and living for the now, enjoying the moment, the good moment. Full of smooth soulful rock transitioned with funk and jazz, this is a right mismatch of sounds that transcend beautifully into this upbeat psychedelic sound that is something we didn’t realise we needed until now.

The music video coincides with the song brilliantly really playing up the good moments and the right here right now aspect of the song. It may have been an independent video, but it’s certainly one of the better ones out there, allowing us to get to know Jacob Chacko as an artist and as a person with video from his home and with his dog as well as him in the studio recording vocals and playing his instruments. This is intercut with joyful scenes of various couples and families and friends simply enjoying their lives within that moment, forgetting any problems or difficulties and being happy. Definitely filled with good moments throughout.

“Good Moment” is available to download and stream right now, Jacob Chacko has also released his follow-up single, titled “Tribute”, and he has a third song out next month, titled “Dream”. Expect his debut studio album, Better Now or Never, to be released later this year.

Let us know what you make of “Good Moment” by Jacob Chacko on Twitter @CelebMix.