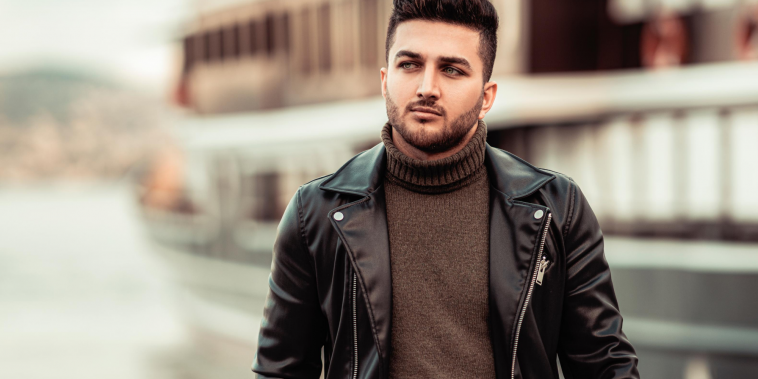 There are numerous young women and men who dream of pursuing a career in modeling but don’t really have the confidence or direction to start. Some like the limelight that the industry brings with itself, while others use it as a means to enter the entertainment industry. And thus, year after year, more and more people are aspiring to become successful models but very few are making it to the top. If there’s a young successful model who managed to attain success in a short span and is looked upon by billions and millions of young enthusiasts, it has to be the popular Iranian face, Pedram Mokhtari. Today, with over 279,000 fans on Instagram alone, Mokhtari has emerged as the most-followed Iranian model of the present times.

But the question arises – what are the things that helped him make a mark in the industry, in spite of the competition, pressure, and volatility?

As someone who’s had a dream of becoming a model from a young age, Mokhtari’s passion for his work clearly emanated, which got him where he’d aimed to be. In his opinion, to live and succeed personally as well as professionally, it’s not mere hard work that does the magic, but a combination of passion and grit. Besides, his presence, engagement, and communication with followers on social media led him to relate to others and make his content reach further. With time, his connection with the audience only grew deeper and important. “My loyal follower-base helped me expand my reach by directing their follower friends to my profile. This way, I was able to multiply my follower count and become the role model for many young people,” added Mokhtari.

Having started his journey from scratch independently, Mokhtari is of the firm ideology that unbreakable trust in oneself is the key to getting closer to success. This, he believes, when coupled with optimism, makes way for an individual to attain much good in this world. “Optimism is the driving force to make a better future,” says Mokhtari. “I believed that my future can be better and thus, accordingly, I began taking steps and responsibility towards my goals.” Attaining stardom was never an aim for the Iranian model, but becoming the face of the millennium always was, for which, he strived constantly and consistently until he earned the desired repute.

Mokhtari’s sense of fashion and its changing trends – despite not being professionally trained, quality of content, and delivery of work that was sought-after aided him to survive in the industry. His interaction with the audience and understanding of what works and doesn’t has not only made him an admired individual but also relevant amongst followers. “My aim has always been to stay authentic so that it reflects my individual voice and brings value. Besides, when I began expanding, I’d realized I needed to find my influence. It was important to understand why my followers follow me and what is it that they like. After having analyzed this carefully, I was able to make the shift in the right direction that helps me stay relevant and revered,” added Mokhtari.

Looking at Mokhtari’s journey, it can clearly be understood that climbing the pedestal of success does not come easy. It involves consistency, focus, determination, and devotion to become a well-established model in the world of glamor.