Cinema comes in trends; what was once the pinnacle of popularity can take a steep decline and fade to irrelevancy just like they do in Fashion (although the trends in Cinema seem tend to stick around a little longer!). In recent years Comic Book Films have unarguably been the prevailing trend, a cinematic tour-de-force that would have competitors quaking in their boots at the thought of sharing an opening weekend with Iron Man or Captain America. Now, though, with the Comic Book trend thought to be on the decline, and increasing popularity on the Superhero films that buck the Super Hero trend trend (Like Deadpool or Suicide Squad), the question of what comes next rises. Sure, the likes of Avengers: Infinity War and Justice League are likely to do well regardless, but will the less known and less eagerly awaited of the Comic Book genre hit such highs like Guardians of the Galaxy did for Marvel a few years back?

Well, I guess we’ll just have to wait and see, but it does like look a change in the Cinematic Zeitgeist is coming, and here are what we’re predicting will be the new top trend in the years to come: The Western has had a long relationship with Hollywood Cinema, and had been at the pinnacle of popularity for a long, long time. John Wayne is such an iconic actor because, at the time of his popularity, the Western was such an iconic genre. It stopped being as popular for a little while, then came back in the 70s with a post-modern approach, but again with commercial appeal. Now, though, the Westerns appearance is rare, but that doesn’t mean it’s gone forever. Films like A Million Ways to Die in the West, The Lone Ranger and Cowboys vs Aliens show a revived interest in using the conventions of The Western as a backdrop for comedy and action, and it has found a home on Television in the acclaimed HBO series Deadwood. With big name filmmakers now tackling the genre like Tarantino did with The Hateful Eight, and the Western finding space at big name festivals like In The Valley of Violence did when it made its debut at the SXSW a few months ago, could the Western be on the rise once more? We’ve certainly enjoyed our fair amount of period dramas these last few years; maybe now time we begin to explore that particular period more widely once more!

Now that the millennial generation are reaching an age where they can look back on their childhood and early teen years as a thing of the passed, and with the perception that the future for that generation will be bleak making the past look like a glorious cornucopia of all things enjoyable, Late 90s and Early 2000s Nostalgia has seen a rise in recent years. The demand for sequels to some of that generation’s most beloved film is certainly there, but now it seems as if the production companies could finally be getting on board with that too! Cult-Comedies like Anchorman and Zoolander have recently been remade, and the ever-present demand for a sequel to Mean Girls doesn’t seem to be fading at all (Yes, we know there was a Mean Girls 2 in 2011, but it’s best for everyone that we forget that ever existed). My Big Fat Greek Wedding has released its sequel this year, and talks are ongoing about a Princess Diaries 2. Perhaps this new trend is exclusive to comedies, as that seems to be the prevalent outlet for late 90s/Early 2000s nostalgia, but in a cinematic landscape dominated by remakes and reboots, it is perfectly possible and perhaps even likely to see more of this in the next few years. 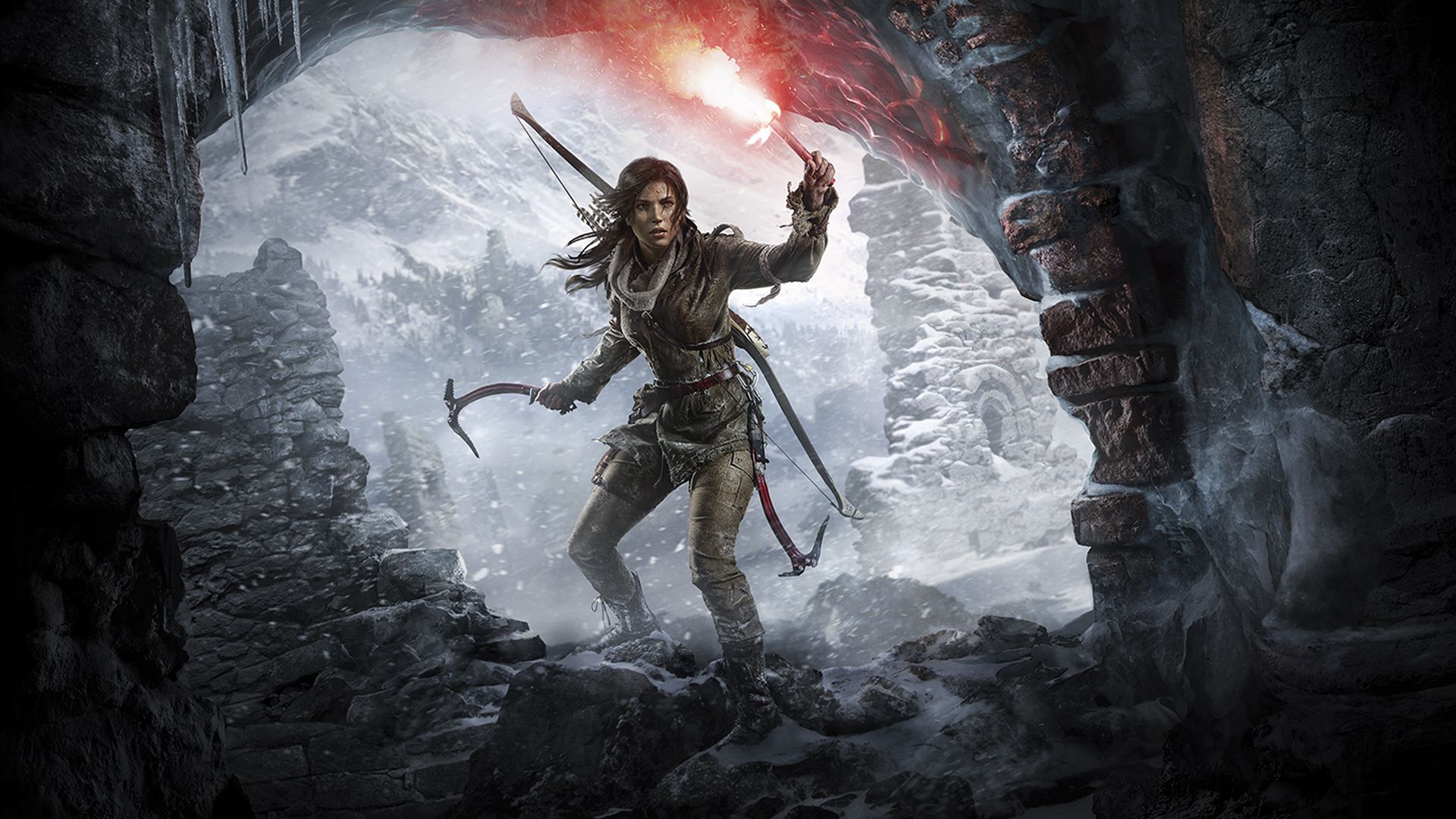 Back in the early days of this Century – the days that we mentioned above people are now starting to feel Nostalgic for – Video Game Adaptations emerged as a new, exciting genre, but are hardly fondly remembered. Despite its star Angelina Jolie being perfect for the role of Lara Croft, neither Tomb Raider nor its Sequel struck a chord with audiences or critics. Children probably loved it, but now those children have grown up they’re likely yearning for a reboot and a second chance for one of the most popular and iconic video game characters to take to the screen. Well, with a script currently in development and Hollywoods latest golden girl Alicia Vikander signing on for a starring role as the titular two guntoting heroine, Lara Croft just might get that chance (An origin Story, of course, because “Origin Story” is a cinematic trend that came hand and hand with Super Hero films, and will probably outlast it), and this time around Lara could be joined by a whole host of Video Game adaptations on their way to the big screen!

This year, adaptations of Assassins Creed, Warcraft, Ratchet and Clank and, er… Angry Birds, will hit our screens, whilst games like Uncharted, The Last of Us, Mass Effect, The Witcher, Far Cry, Dante’s Inferno, Splinter Cell and Mortal Kombat are all set to make their way to Hollywood in the next few years. With some big names attached, and critically acclaimed writers and directors working on these films, the next few years could see Video Game Adaptations follow in the footsteps of the Superhero film trend. Acclaimed director Guillermo Del Toro once hailed Video Games as “the comic books of our times”, so what better to follow in the footsteps of Comic Book films than Video Game films?

Live Action remakes of classic animated films, but probably darker than the original.

Okay, so this trend has been around for a few years now, and despite not seeing the same amount of success as Comic Book Films (Though still mostly finding success nevertheless), it doesn’t look to be slowing down anytime soon. In fact, it looks like it’s only going to get bigger…at least in turns of output. Live action Alice in Wonderland and Snow White adaptations will see sequels released this year, alongside The Jungle Book, The BFG and Tarzan all released by the end of 2016, and Beauty and the Beast and a second live action Jungle Book (titled Jungle Book: Origins) following next year, this seems like a trend that will keep on giving for at least the next few years. Reports suggest that Disney hope to give every major Disney Princess a Live Action Adaptation (Mulan is in development), and the more of these films that become popular will surely see more of them being made, and more of them given sequels!

In discussing this kind of film, the word “Darker” is normally attached or at least implied; neither previous successes of this kind like Maleficent and Snow White and the Hunstman shied away from scarier moments and adult themes, something that is likely to continue on hand in hand with Live Action Adaptations of Classic Animations.

Sci-Fi will stay strong, and Fantasy could make a comeback

With no fewer than five Star Wars films on the roster between now and 2020, the Sci-Fi genre could survive on that alone; Star Wars pretty much guarantees that Sci-Fi will be a dominant force at the Box Office between now and then, for both Star Wars and its imitators. The good news, though, is that Star Wars doesn’t need to be the only dominant films in the Sci-Fi genre; Luc Besson could launch a whole new Sci-Fi franchise when he releases Valerian and the City of a Thousand Planets next year, Steven Spielberg will follow The BFG by tackling Ready Player One, and even the next Zach Galifianakis comedy film will have Sci-Fi as the backdrop!

Classic Sci-Fi films will see a fair amount of Sequels and Prequels, too, and often in a lot safer hands than most other sequels and prequels! Ridley Scott is once again returning to the foray, directing Alien: Covenant, and producing another Alien film after that, directed by Neil Blomkamp, as well as producing the long awaited sequel to his 1982 classic Blade Runner. Also on the cards; James Cameron will direct 4 Avatar sequels for release in the not-so-distant future, Roland Emmerich is bringing Independence Day back to the screens this year, and even without J.J. Abrams directing, Star Trek still seems to be going strong with a new movie out this year, and a TV series following on next year!

Fantasy has not been as strong a genre in the last few years as Sci-Fi has, nor as strong as it was 10 to 15 years ago; Lord of the Rings and Harry Potter ruled the roost and dominated the box office, but they were not without competition, and studios were churning out Fantasy Films as fast as they could. The genre has taken a bit of a lull, recently, though there still have been some stories of success (E.g. The Hobbit trilogy), but the upcoming Harry Potter spin off trilogy Fantastic Beasts and Where to Find Them could be the film to catapult Fantasy back in to the heights of popularity that Comic Book films have been enjoying for the better part of a decade, now.

This is, of course, only speculation; though Cinema does come in trends they can be often hard to predict, and there is still a good fight to be made that the Comic Book film genre has still got life in it yet. If it is on it’s way out the door, though, it’s nice to know that there are plenty of new trends waiting in the wings to fill the massive void it will leave in the Cinematic Landscape.

Let us know what you think on Twitter @CelebMix, or in the comments below.