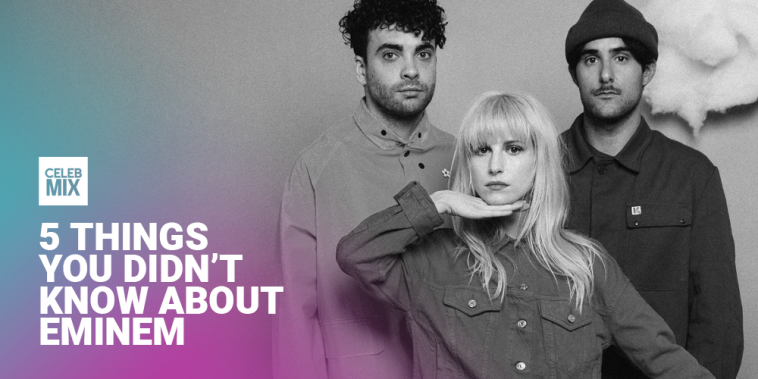 For this article, we have decided to share with you five facts that you may not have known about Paramore!

1. Hayley was originally signed as a solo artist

Before Paramore was formed, lead singer Hayley Williams was originally set to be a solo artist. She had signed a recording deal with Atlantic Records at the age of 13, after being introduced to an A&R at the label. She had been previously signed to a production deal that was later bought out by Atlantic.

However, Hayley disagreed with the direction the label wanted for her. They wanted to market her as a pop singer, while she preferred alternative rock music and wanted to play in a band. The label’s president and staff later decided to go with her wishes, and Paramore was formed.

Fast forward to 2020, and Hayley, after having released five albums with Paramore, is now indeed a solo artist. She recently released her debut solo album, “Petals For Armor”.

At the end of 2015, founding member Jeremy Davis left the band for the second time. He had previously quit in 2005 just before Paramore released their debut album, but later rejoined several months later.

Following Jeremy’s departure, Hayley revealed that she had been suffering a series of depression and mental health issues. This worsened when Jeremy sued her in 2016, claiming to be entitled to ownership and authorship of songs from the band’s self-titled fourth studio album.

Hayley admitted during a candid interview with Zane Lowe in 2017 that she had privately left the band for a brief period after Jeremy left – leaving Taylor York as the only member standing. She stated in a later interview that Paramore were almost on the verge of breaking up and she didn’t know if they were ever going to record another album. However, after starting to write songs again, she and Taylor vowed to carry on – with Zac Farro later rejoining them. Hayley has accredited Taylor for helping to keep Paramore alive.

3. Taylor York has been around for longer than you may realise

Taylor York, Paramore’s lead guitarist, officially joined the band in 2009. However, his history with the members goes way further back.

Taylor had previously been in a band with both Josh and Zac Farro when they were pre-teens, prior to meeting Hayley. Zac had introduced Taylor to Hayley at a high school football game, with the two later becoming friends.

Although he was not officially in Paramore back then, Taylor helped to write the track “Conspiracy” from the band’s debut studio album, “All We Know Is Falling” (2005) and also wrote the album b-side, “Oh Star” (2005).

He later joined Paramore as a touring member in 2007, and can also be seen during their live concert film, “The Final Riot” (2008). He was acknowledged as an official member of the band in June 2009.

4. The band members have provided backing vocals on some of their songs!

Although Hayley is the lead singer of Paramore, there’s a few songs in their discography that have backing vocalists. Before he even joined the band, Taylor provided vocals on some of the tracks from “All We Know Is Falling”, and more recently, is the one singing towards the end of their single “Hard Times” (2017) – with his vocals altered to sound robotic.

It’s not just Taylor. Former member Josh Farro provided screamo vocals for the final chorus of “My Heart” from “All We Know Is Falling”. His brother Zac can also be heard during parts of the track “Grudges” from the band’s fifth studio album, “After Laughter” (2017).

5. The band’s name comes from the maiden name of a mother of an original member

A lot don’t seem to know where the name “Paramore” actually comes from. It is a play on the word “paramour” – which means ‘secret love’. However, there is another reason why the band chose it to be their name.

“Paramore” actually comes from the maiden name of the mother of one of the former bass players, before the lineup was finalised. They liked it so much they decided to adopt it as their own.

What is your favourite fact about Paramore? Let us know over on Twitter @CelebMix!