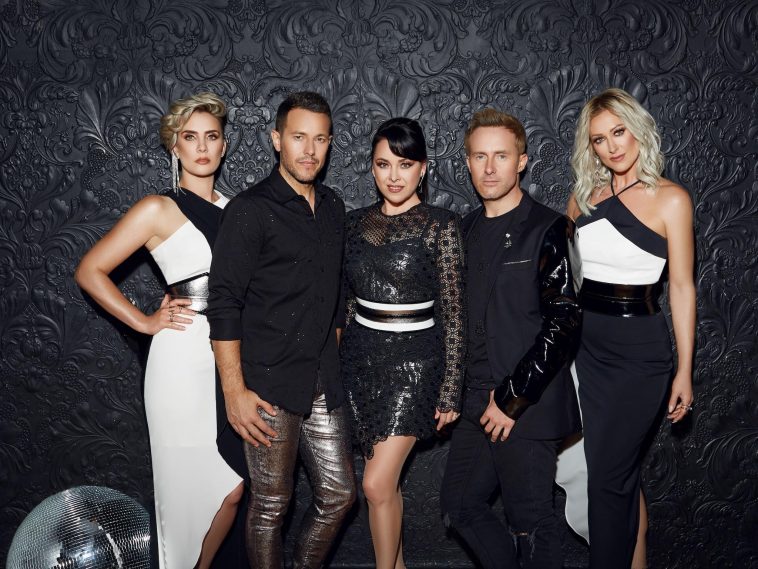 This week marks CelebMix’s five year anniversary so what better way to celebrate than to write about some of our favourite celebrities, this article is dedicated to STEPS and some of the brilliant music videos they have released over the years.

STEPS videos have always been known for their easy to pick up choreography and the bright coloured and creative costumes. The band have often tried their hand at acting and putting on different personas which make their videos fun to watch.

Say You’ll Be Mine

The Say You’ll Be Mine video featured the band re-enacting some of the most famous and iconic movie scenes from the 90’s. It also featured lots of outtakes of the band laughing at themseleves as they failed to stay in character.

The Summer of Love video emulated West Side Story, with “good” Steps all dressed in bright summery colours and “bad” Steps in dark colours…. Both looks are fab.

After The Love has Gone

After The Love Has Gone was oriently inspired, it was shot on location in America, and features quite a lot of kung fu. It’s probably one of the most beautiful pieces of choreography, visually the band have ever done. H also had a helping hand in the choreography for the video.

Probably one of STEPS most well-known songs which is a cover of the Bee Gees classic. Tragedy has unforgettable dance routine and the video features all the band’s friends and family.

The Deeper Shade of Blue video is very different from other STEPS videos. It was the first time was saw them get a bit raunchy in their video, which was a departure from their usual happy and smiley videos. The blue outfits were made from PVC and the band had to be covered in talcum powder to get in them. Claire‘s ponytail in the video was a block of wood which she later said was really heavy.

Over their 23 years in the industry Steps have had some fantastic music videos so it was really hard to pick just five. Other great videos the band have done include Stomp, One For Sorrow, The Way You Make Me Feel, which saw the band design their own costumes and Dancing With A Broken Heart, which continued Deeper Shade of Blue’s futuristic theme.

Let us know what your favourite video is over on @CelebMix!