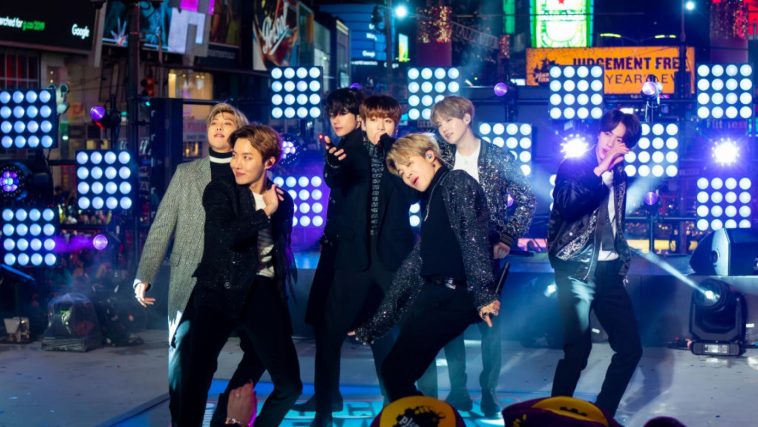 To celebrate the 5th birthday of CelebMix, we’ve decided to take a trip down memory lane and compile together five of our favourite performances by some of your favourite artists.

BTS are some of the greatest performers of this generation. With phenomenal dance moves, impeccable stage presence and the vocals to match, the septet are every inch born performers. Over their career, BTS have raised the bar with each live show they have done. Here’s 5 of our favourite performances from the global stars over their seven year career.

BTS made history by becoming the first Korean artist to perform on SNL and they certainly made their mark. The live band edition of their hit single allowed the world to see the boys were capable of singing and rapping live while hitting every beat with their choreography. SNL was a turning point for BTS’ career and opened further doors with this slick performance.

The debut stage of Black Swan blew fans and non-fans away when BTS took to The Late Late Show stage. From the dark waterfall and forest backdrop to the new contemporary choreography, it was clear BTS were making a mark with this breathtaking performance.

3. ON performed at Grand Central Terminal

Performing one of the most ambitious stages of their career, the septet took to Grand Central Terminal in New York with The Lab Studios for the live debut of their title track ON. The insane performance even has the Ariana Grande seal of approval after she got to watch the rehearsals.

While 2020 brought us two phenomenal stages by BTS in America, their award show stages back home in Korea are where they truly get to express the power that they hold in performing. While their entire set was a spectacle, it was undoubtedly that IDOL was the standout moment. From Jungkook, J-Hope (Hoseok) and Jimin opening their stage performing traditional Korean dances, to using a traditional instrumental version of the single, the entire performance was a celebration of their heritage.

BTS’ 2018 MMA stage walked so that their 2019 performance could run. Their stage encompassed the sheer power that BTS as a unit has when performing live. Each solo stage allowed the members to express themselves and the energy brought to their Speak Yourself tour opening number Dionysus showcased another level to their performing abilities. We’ve gushed over this performance enough in previous articles, but it is undoubtedly their greatest performance to date.

So do you agree with our choices? If not, what is your personal favourite BTS performance? Let us know by tweeting the CelebMix account!