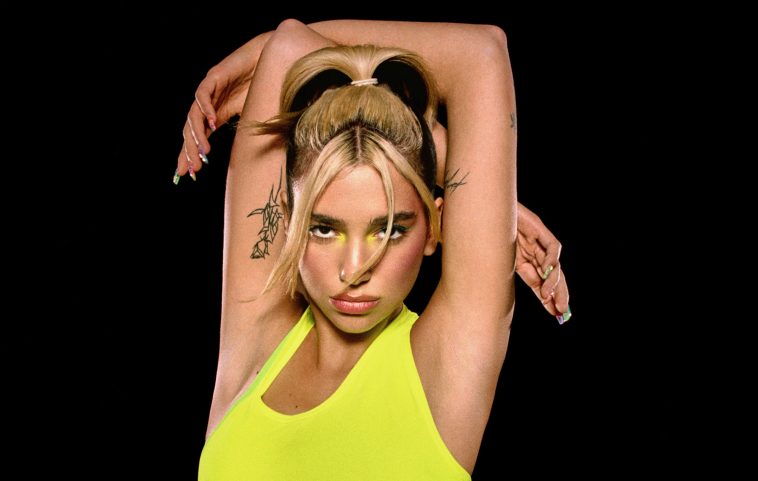 This week marks CelebMix’s fifth birthday so we’ve decided to celebrate by dedicating articles to some of our favourite celebrities – this one is all about Dua Lipa and her music videos.

If there’s one word to describe Dua Lipa’s music videos then it would be ICONIC. During her career so far, she has released incredible visuals which have broken the internet and we’ve chosen five of our favourites to share with you.

The music video for ‘New Rules’ was without doubt a cultural reset. With over two billion views on YouTube, the visual includes aesthetically pleasing outfits (we want those pastel dressing gowns!), synchronised choreo and Dua literally walking on water. Dua is serving sass in bundles throughout and it’s safe to say that this video catapulted her to stratospheric new heights. We love the diversity within the video too and we definitely want to be a part of this girl gang.

The music video for ‘IDGAF’ is actually genius. Directed by Henry Scholfield, who was also responsible for the ‘New Rules’ video, the visual for ‘IDGAF’ sees two versions of Dua and her girl squad with the empowered side battling against the weaker team through contemporary dance. In an empowering move, the two versions of Dua make peace by the end, symbolising the importance of self love as well as female solidarity.

‘Swan Song’ was taken from the soundtrack to Alita: Battle Angel and features Dua navigating herself around a post-apocalyptic world. Directed by Floria Sigismondi, Dua channels a lot of Alita in the video, with powerful scenes showcasing her strengthening her fighting skills. This is an action-packed video which perfectly matches the dramatic soundtrack.

Directed by Lope Serrano and Nicolás Méndez, the video for ‘Physical’ is a complex yet mesmerising offering from Dua. Filled with a rainbow of colours and impressive choreography, ‘Physical’ is actually based on a Venn diagram by Swiss artist duo Peter Fischi and David Weiss. Inspired by Order and Cleanliness, the video matches the four primary universal concepts in the diagram (human being, emotions, animals and matter). Even without delving into the complex inspiration behind it, the visual is a technicolour dream which we can’t get enough of.

Once again directed by Henry Scholfield (can we agree that he is just sensational?), the music video for ‘Break My Heart’ is a cinematic delight. During the visual, Dua can be seen in various situations including walking through a traffic-jammed city block, dancing on a plane which breaks in half, and avoiding one night stands. The transitions and effects used in the video are just phenomenal and we love the colourful and retro aesthetic too.