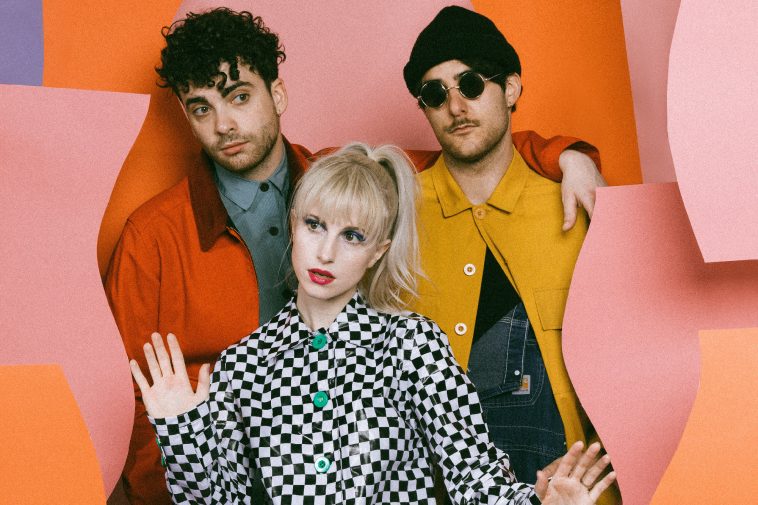 For this article, we have decided to share with you our top five favourite music videos from Paramore!

The video for the lead single off of the band’s second studio album, “Riot” (2007). There’s a lot going on in this video, and it’s insanely chaotic in a fun way.

First off, the scenes of the band performing are iconic, in which they perform with the parent album’s title scrawled across a wall. Hayley’s hair is amazing, and one of our favourite looks from her. She looks incredibly fierce.

Plotwise, the video concerns a mean high school girl, who terrorises her fellow students by pushing cheerleaders, cutting of a girl’s braid and injuring a boy in an arm sling. Ultimately, the band members go to confront her and Hayley ends up removing the girl’s make up from her face, and taking out her chicken fillets. Simply amazing.

The video sums up the message of the song very well in an everyday high school environment. It’s cheeky and funny.

The video for “Still Into You” – the second single from Paramore’ self-titled fourth studio album (2013) – is so much fun. We have to smile whenever we watch it.

Hayley, once again, sports one of our favourite hair colours from her in this clip – the half orange, half pink look – if anyone can pull off more than one hair colour at the same time, it’s her. She looks awesome.

There’s so much going on in this video – from Hayley in a bedroom surrounded by birthday cakes, to the band riding around on bicycles, and playing outside with sparkles while a firework show takes place in the background. It might just be a simple video to some, but we applaud it for its positive energy, and for being so bright and joyful.

The video for “Rose-Colored Boy” (2018) – the fourth single from the band’s fifth studio album, “After Laughter” (2017) – has perhaps one of favourite concepts from a Paramore music video ever. The 80s vibes on this clip are real.

In this clip, the band are the hosts of a fictional 80s talk show called “Wake Up! Roseville”. However, they all appear to be under a lot of strain from executives, who criticise Hayley for not promoting a more positive environment while hosting. Halfway through the song, a frustrated Hayley then yells and the band then proceed to perform a chaotic live performance to end the show.

We love the vision the band went with for this video, it’s so creative and also helps to evoke the song’s lyrical message well.

This video is so aesthetically pleasing, and a stunning visual to look at. It’s also notably the first Paramore music video to not be performance based, instead focusing on a specific storyline.

The second single from Paramore’s third studio album, “Brand New Eyes” (2009), the video focuses on a young girl with butterfly wings in a fantasy world, which soon becomes dark and frightening, with the characters who she once called her friends turning into spooky creatures. The video ends with the girl falling into a ditch and being dug into the earth.

It sounds like a pretty dark plot for a Paramore video, but it was executed so well and it was great to see the band do something different to their previous music videos. The dark themes contrasted against the bright visuals make for an amazing music video.

Our favourite video has to be “Ain’t It Fun” (2014) – the fourth single from Paramore’s self-titled fourth studio album. This video is so exhilarating with an absolutely genius concept, that helped to get the band in the Guinness World Records book!

This video sees Paramore attempt to break a number of wacky and over-the-top world records – from breaking clocks, destroying vinyl records, and even walking backwards while blindfolded and holding stuffed animals. At the end of the video, it is revealed the clips holds the world record for the most world records broken in a music video (10 in total).

The idea of breaking world records in a music video is such an inventive and creative concept, and we love it! The band also looked like they had so much fun while on set.

What is your favourite Paramore music video? Let us know over on Twitter @CelebMix!