After two long years and a bruised and broken Dylan O’Brien, the moment has finally arrived for us to see the third and final instalment to the Maze Runner series. We’ve seen them defeat the maze, we’ve seen them survive the Scorch, now can they beat the Death Cure?

If you have read the Maze Runner books, you will know how much we are in for with this third adaptation; with old characters returning, jam-packed action, heartbreak and the loss of loved characters. With The Death Cure coming to the big screen tomorrow (January 26th), we thought we’d conduct a list of five reasons as to why you need to go see this movie. Please be aware before reading on, if you have not read the books, spoilers may be involved.

The Third and Final chapter

It’s truly sad to have to say goodbye to this cast and the stories we have grown to love over the past years, however, we cannot wait to see our favourite characters absolutely slaying in the final chapter! The gang will take WCKD down for the last time, losing people and gaining people in the process. They will also go back to save their friend Minho and face fears they never thought they’d be facing again. The Return of Gally

In the first adapation of Maze Runner, Minho ‘seemingly’ killed Gally, when Gally attempted to kill Thomas. The question is… did Gally really die? The Death Cure sees the return of Gally and what he has been up to since escaping the maze. Will Gally join the right side for their final showdown, or will he team up with WCKD to take them down one last time? Well you need to watch to find out!

Even with the betrayal from Teresa in Scorch Trials, Thomas is still incredibly hung up on the girl and is extremely oblivious to Brenda having an obvious attraction to him. The Death Cure will explore Thomas and Brenda’s trust for each other and whether Thomas can move on from Teresa once and for all.

Returning to the Maze

In order to save everybody from WCKD’s intentions, Thomas and the gang have to face the Maze and Griever’s one last time. This will be the end of the Maze and hopefully WCKD, but also the end for some of our beloved characters.

The Cranks play an even bigger role in The Death Cure as they did in Scorch Trials, as the world is continuously turning in to Cranks and people are more terrified of them than ever. We will see Cranks amongst the streets eating other people, mobbing our favourites from getting to their destinations to save the world and heartbreakingly, we are going to see the virus take someone very special away from us all. 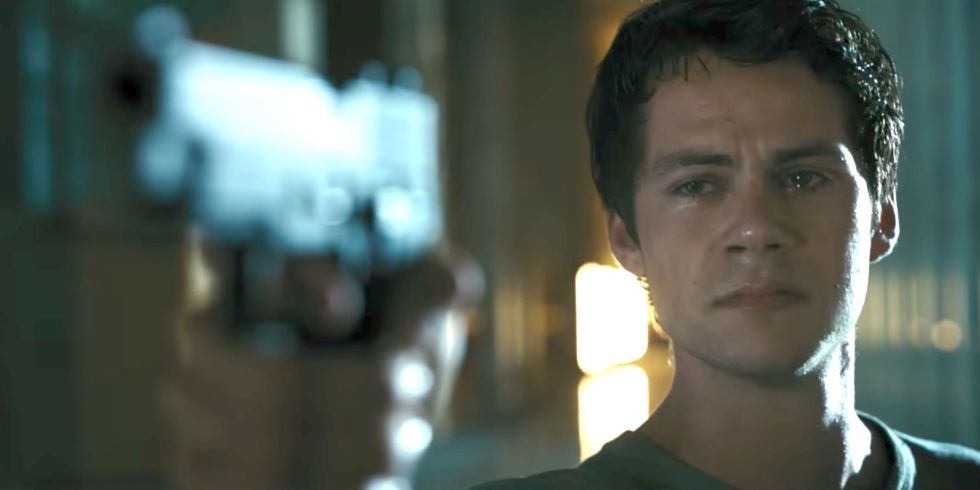 Aah so much death is amongst us! Our little hearts can’t cope! We can’t be sure if everything we’ve spoken about today is going to be specifically detailed as it is in the book, however, we really hope they’re going to follow the book as much as possible with this one.

Maze Runner: The Death Cure is out worldwide, January 26th.

What do you think is going to happen in The Death Cure? Tweet us your thoughts over at @CelebMix!