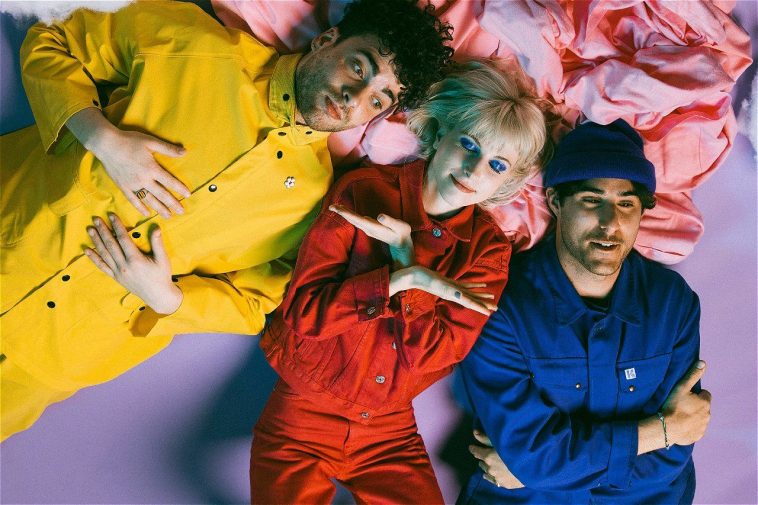 For this article, we have decided to share with you five reasons why we love Paramore so much!

1. They are super talented

This might seem obvious, but there’s no denying how talented Paramore are when they are together. The lead singer, Hayley Williams, has such a powerful voice, and is one of the most underrated vocalists in the music business. She pours so much heart and soul throughout so many of the songs the band they have recorded.

But it’s not just Hayley – every other Paramore member, past and present, are also creative in their own way. The band’s lead guitarist, Taylor York, has helped Hayley to write a lot of their material, and is also responsible for writing and producing many of the tracks on their recent album, “After Laughter” (2017). More recently, Taylor also produced Hayley’s solo album, “Petals For Armor” (2020).

Zac Farro, who plays drums, is not just a brilliant drummer, but a brilliant singer too. He also has his own side project, called HalfNoise, that blends indie and alternative rock together.

2. They’re still together despite what they’ve been through

Paramore have been through a lot over the years, and the band has been through several lineup changes. Every Paramore album has had a slightly different lineup, with lead singer Hayley being the only consistent member. Hayley also revealed that after long founding member Jeremy Davis left for the second time in late 2015, she almost felt like disbanding the group, but bandmate Taylor helped her to carry on.

In terms of the other current members, Zac Farro, who quit the group in 2010 alongside brother Josh Farro, rejoined in 2017 ahead of the release of “After Laughter”,  while Taylor York has been an official member of Paramore since 2009, after previously having been a touring member for them.

However, despite the dramas and lineup changes they have faced together, they are still together, even if they are currently not recording music. We have to applaud them for not giving up, and helping to keep Paramore alive. And as Hayley put it on Twitter after Josh and Zac both left in 2010: “Paramore is still a band.”

Paramore has to be one of the best musical acts we have had the pleasure of seeing live. They really know how to put on a show. Their concerts are energetic, fast paced and so much fun.

Hayley especially is spectacular live. She always gives it her all for each performance, and also takes the time out to interact with the fans in the audience.

One of our favourite aspects of Paramore’s live shows is during the performance of their hit “Misery Business” (2007), in which the band would invite a fan from the audience up on stage to sing the final chorus alongside Hayley. Unfortunately, this won’t be happening anytime soon as Hayley announced in 2018 that the band are retiring the song from their future live shows!

Okay, this is more to do with Hayley herself to an extent, but part of the reason why Paramore stand out so much as a band is because of her awesome hair. Over the years, she has been known for her vibrant, bright locks.

One of Hayley’s most notable hair colours is her signature flame-orange, but she’s also sported pink, red, yellow, green and even blue hair over the years. In recent years, she’s toned down her image in favour of much fairer blonde hair.

However, she still has a love for hair dye, and even set up her own hair dye company, Good Dye Young, in 2016 alongside Brian O’Connor. The company notably sells products to dye your hair in a multitude of colours. Hayley still continues to experiment with her hair from time to time – and recently dyed it orange temporarily, using the GDY “Lighter Daze” collection.

5. For being so open about mental health

Paramore as a band have been so vocal about the mental health struggles that they have faced  – particularly Hayley.

This was evident on the majority of the songs on “After Laughter”, which discussed anxiety, stress and depression. Hayley spoke in interviews about how her experiences with mental health inspired a lot of the lyrics written for the album.

Previously, Paramore also released a heartfelt and inspirational song on their self-titled fourth studio album (2013), “Last Hope”, which is lyrically about not giving up even in the hardest of times – which, in a way, is a stark contrast against some of the songs on “After Laughter”. However, this is one of Paramore’s most influential songs they have ever released, with many fans coming forward claiming that the song has helped to save their life.

What do you love the most about Paramore? Let us know over on Twitter @CelebMix!