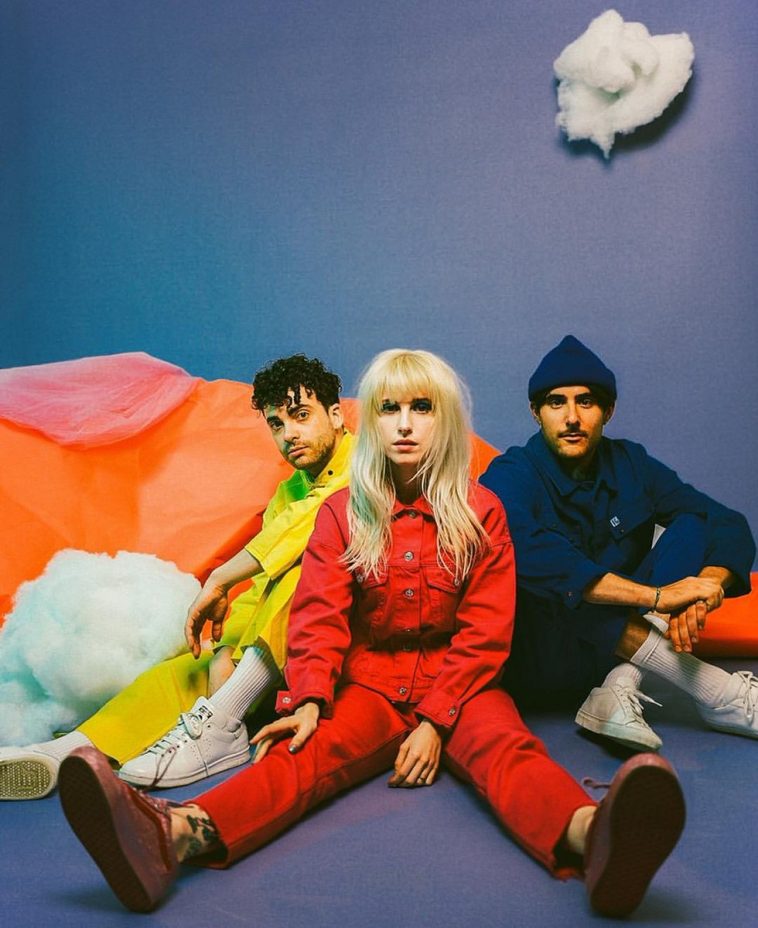 For this article, we have decided to share with you five Paramore moments that have made us laugh!

This video was a hilarious attempt at a duo “single” for members Taylor York and Zac Farro. It was uploaded to Paramore’s website back in 2009, and continues to make us laugh to this day.

First off, Taylor and Zac’s wannabe gangster outfits are outstanding. Then the actual song, which is a mockery of your standard love song, complete with heavily autotuned vocals and some pretty decent keyboard playing at the end. We kind of wish Paramore could release this song officially someday…

This performance of “Hard Times” (2017), from the London date of the first leg of the “After Laughter” tour is a pretty solid performance, that got everyone in the Royal Albert Hall on their feet. But it’s also quite funny too!

The reason why we laugh so much at this performance is because a fan from the audience literally throws a bra on stage, and Hayley then proceeds to put it on top of her head and begins parading around the stage with it!

The most unlikely cover version ever? During a show at the Seattle Bumbersjoot way back in 2008, the band mashed up Flo Rida’s hit “Low” (2007) with their own “Crushcrushcrush” (2007).

And surprisingly, the mashup worked really well! Although of course, we do find it hilarious all the same. It’s not very often a hip hop song is combined with an emo/pop punk song…

The Q&A the band did during the Parahoy cruise in 2018 might just be one of the funniest things we have seen from them! Mainly due to Zac and his cheeky personality throughout.

Our favourite part of the Q&A is when Taylor leaves to go to the toilet, where Zac jokes about the fact that Paramore has “lost another member”. Zac then disappears to leave Hayley on her own! We love the friendship these three have together, it is infectious.

During a Paramore show in Birmingham on the “After Laughter” tour in 2018, while the band were performing their signature hit “Misery Business” (2007) – alongside two fans who had joined them on stage – Hayley took an unfortunately tumble as she was jumping around, and knocked some of the equipment! Thankfully Hayley did not hurt herself as a result of the fall.

But it was Taylor that makes the video for us – he had us in stitches as he did literal laps around the stage, while simultaneously trying to play the guitar!

Which Paramore moment has made you laugh the most? Let us know over on Twitter @CelebMix!