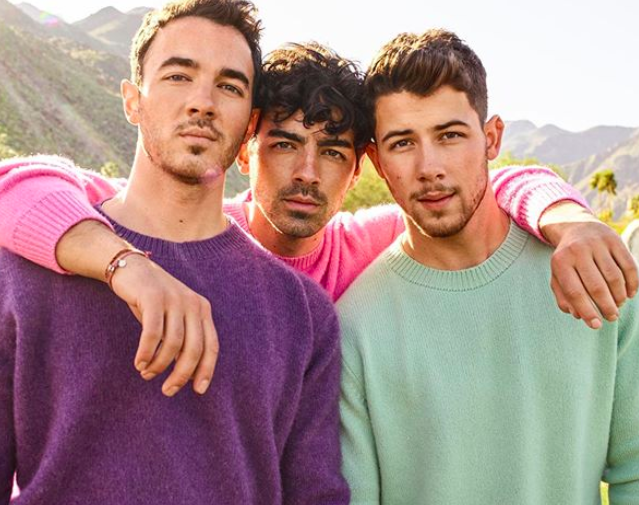 This week marks CelebMix’s fifth birthday so we’ve decided to celebrate by dedicating articles to some of our favourite celebrities. This one is all about the Jonas Brothers!

From releasing incredible music to delivering a world class tour, the Jonas Brothers have been the gift that keeps on giving since reuniting in 2019. One thing we’ve really enjoyed since their comeback is their array of interviews which have not only been so much fun, but have highlighted how happy they are to be back.

We’ve rounded up five of our favourite moments where Nick, Joe and Kevin made us laugh out loud!

The Jonas Brothers Carpool Karaoke with James Corden is iconic for many reasons. Not only do they sing some of their most loved hits, but there’s plenty of banter along the way including a very revealing lie detector test. Yep, James makes Kevin, Nick and Joe take a lie detector test whilst asking them VERY difficult questions. Nick got the biggest roasting, including being asked if he ever thought “I’m done with these weddings” during his many ceremonies with wife Priyanka.

Can the Jonas Brothers remember their own lyrics?

The Jonas Brothers joined Nick Grimshaw on his Radio 1 show and played a hilarious game where they had to remember their own lyrics. Pulling out classics like their version of Busted’s ‘What I Go To School For’ from their TV show Jonas, to their Disney Friends For Change collaboration ‘Send It On’, it’s hilarious to see the trio rack their brains to remember lyrics from a time gone by.

The Jonas Brothers answered some of the internet’s pressing questions when it comes to the trio and it’s mayhaps one of our favourite funny moments to date. They may have been tweeted as rhetorical questions, but now we know the definitive answers to some life long questions.

During lockdown, Joe, Kevin and Nick joined Jimmy Fallon for his at home version of The Tonight Show. He asked them to submit a few confessions of embarrassing things they’ve done during quarantine, and then made them guess who said what. From talking to their dog as if they’re human, to deciding whether to wear jeans or sweatpants being their biggest life decision, we find out some hilarious things about the brothers!

The Most Impossible Jonas Brothers Quiz

Nick, Kevin and Joe take on Pop Buzz’s impossible quiz about themselves with rib-ticklingly funny consequences. We discover that Joe is has a counter answer for EVERYTHING, their drawings are terrible, and the effects used when editing just adds to the hilarity of it all.