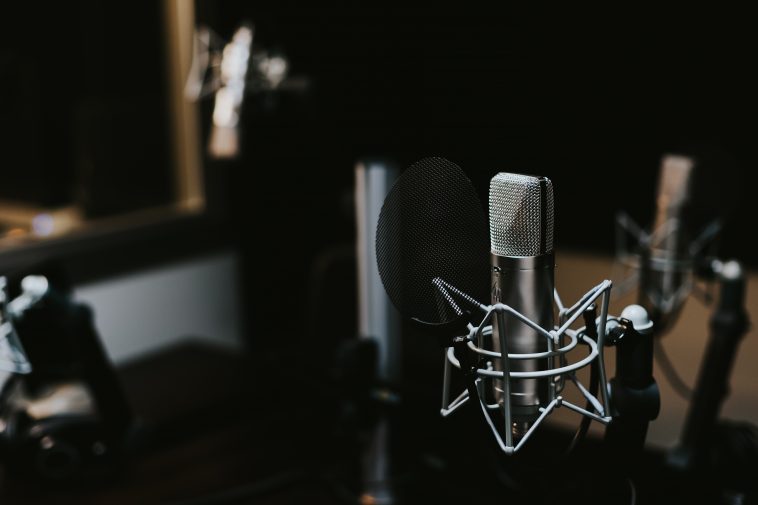 Tired of watching evening shows where funny Jimmy Fallon interviews your favorite Hollywood stars? We have collected five non—trivial podcasts with celebrities – among them, there are even the most real audio horrors.

It may seem that creating a podcast is very simple, just sitting in a cozy studio, talking with famous people and not straining, but this is not the story at all. Creating a podcast requires the painstaking work of a whole team of professionals, no matter whether they work remotely or from a real office. Work as a remote podcast editor requires launching podcasts, including for brands, searching for heroes, organizing recordings and editing recorded material. Podcast producers face similar challenges. These are often interchangeable positions, but in large studios, the producer works in tandem with the editor, distributing these tasks among themselves.

QCODE podcasts can be compared to audiobooks, but there is an important difference — the studio relies on immersion. The crackling of breaking branches, the prolonged squeal of a child, creaking wooden floors — these sounds allow you to imagine yourself in the place of heroes.

The second fascinating feature of QCODE is world-class actors in the main roles. Among them are Oscar-winning Rami Malek, Cole Sprouse from Riverdale, Tessa Thompson, and Olivia Cooke from The First Player to Get Ready.

The slogan of The Kingcast is unambiguous: “A Stephen King podcast for Stephen King fans.” It couldn’t be more obvious. This is a podcast of the publishing house Fangoria, which has been publishing horror culture magazines since 1979.

In each issue, the hosts discuss the works of the cult writer together with an invited fan. In The Kingcast you can listen to interviews with Elijah Wood, Kumail Nanjiani from Silicon Valley and Nat Wolff from The Death Note. Wood, for example, thoroughly analyzed the cult film “Misery”, and Wolff advised on which part of the body should start a meal if you had to become a cannibal in post-apocalyptic times.

In the library of the Gimlet studio, in addition to the usual talk shows, there are story audio dramas based on original scripts.

The studio’s most famous project is the two—season podcast Homecoming, a mix of political thriller and fiction. In 2018, director Sam Esmail (“Mr. Robot”) made a series based on it with Julia Roberts in the title role. The cast of the podcast is also significant — Catherine Keener, Oscar Isaac, David Schwimmer and others.

Apple’s remake of the French TV show of the same name. Formally, “Alarm Call” is not a podcast, but a series. But the story here is fed through telephone conversations. The visual part is uncomplicated: only minimalistic abstractions on a black background flash on the screen.

“Alarm Call” is worth watching (or rather listening to) not so much for the sake of fantastic and mysterious stories as for the sake of the cast. Pedro Pascal, Rosario Dawson, Nick Jonas, Aaron Taylor-Johnson, Lily Collins, Riley Keough and many others gave their voices to the heroes of the series — in general, you will hear someone familiar.

The audio series consists of nine episodes, which are connected very indirectly. In each episode, several characters call on the phone. During these conversations or after them, mystical things begin to happen steadily: then someone suddenly wheezes, then interference will appear in the background, then an unknown person will connect to the conversation out of nowhere. The “alarm bell” cannot boast of immersiveness and background sounds, but it still scares: sometimes you have to turn down the volume involuntarily so that it is not so scary.

In 2004, a column called Modern Love appeared in The New York Times, in honor of a David Bowie song. The column became permanent — random people shared their love stories on its pages. There were also very funny stories among them — about ridiculous first dates and sex with strangers and dark tragedies — about a broken marriages and toxic relationships. Based on the column, three books were released, the TV series “Modern Love” (2019) and a podcast of the same name (2020).

For several years, Jake Gyllenhaal, Nikolaj Coster-Waldau, Amanda Seifred, Pedro Pascal and dozens of other actors and directors managed to take part in the recording of the podcast.