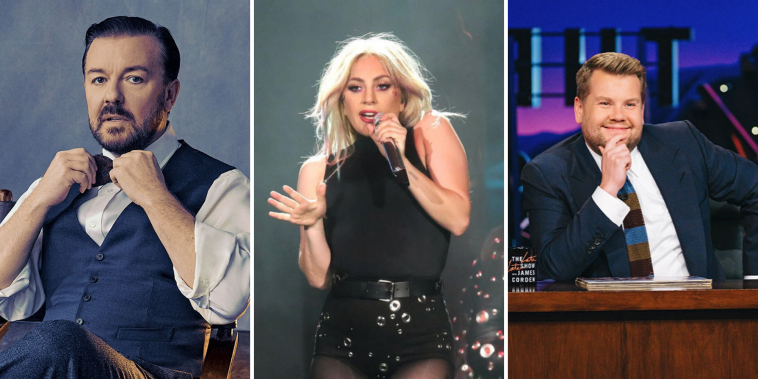 With governments around the world imposing strict new measures to prevent the spread of the COVID-19 coronavirus, some of the world’s biggest celebrities – who’d usually be on the red carpet or on set filming a new movie – are finding themselves cooped up indoors.

Just like the rest of us, they’re left with the challenge of keeping themselves busy for weeks on end, without being able to leave their houses.

Granted, their houses are much bigger than our own, oftentimes complete with swimming pools, personal saunas and recording studios, but the prospect of being stuck indoors for an indefinite period of time is still daunting.

Below, we’ve put together some of the things our favourite celebrities are doing to keep themselves busy (and sane) during the lockdown.

“Queen of releasing two albums six months apart” Ariana Grande has announced that she is working on her next studio album whilst in lockdown.

The star, whose last album Thank U, Next went to number one in dozens of countries and spawned hits like 7 Rings and Break Up With Your Girlfriend is set to drop her next album later in the year.

That’s on top of a new collaboration with Lady Gaga, Rain on Me, which Ari confirmed on Twitter on Wednesday.

Some of the world’s biggest stars have been coming together for charity live streams, and we love them for it.

Perhaps the biggest to date was the One World: Together At Home concert which saw performances from the likes of Gaga, Elton John, Little Mix, and John Legend, but there are dozens of others in the pipeline.

The next big event to look forward to is BBC One’s Big Night In, which will feature live music and comedy skits such as Little Britain, Catherine Tate, and even a new version of Peter Kay’s popular Amarillo cover.

Next up, celebrities are taking to their laptops and spending more time playing games.

And they’re not the only ones.

Indeed, a recent study from Verizon shows a 115% increase so far in gaming usage in the US alone compared to a typical day before COVID-19 as we all look to fill our time and stay occupied during the lockdown. Whether it’s Candy Crush or the latest Animal Crossings release, you’d be surprised at how many celebrities love to play games.

If you want to join gamers like Mila Kunis, Henry Cavill, Justin Bieber, and Eminem who all enjoy playing online games, consider signing up to a site such as new-casinos.online where you can have a flutter and enjoy the Las Vegas experience from the comfort of the sofa.

Clearing out their closets

Marie Kondo has some competition, as many other stars have been taking to their closets and throwing away things they don’t need.

Holly Willoughby and Katie Price are just two of the celebrities who have been donning their black bin bags and getting rid of clothing they no longer need, whilst Loose Woman Stacey Solomon is our new clean-queen, sharing content on Instagram every day about her love of tidying up. Now is the ideal time to declutter!

Finally, some celebrities are taking it upon themselves to keep the rest of the world entertained.

Comedians like Ricky Gervais are going live on Twitter every evening to spread some joy, whilst others are starting new online TV shows like James Corden and Graham Norton.

Conducting interviews over FaceTime will never be as fun as face-to-face chats, but it helps us maintain some normalcy in these highly unusual times.

And we all need a laugh!

What are you doing to stay busy during lockdown? Let us know on Twitter @CelebMix.