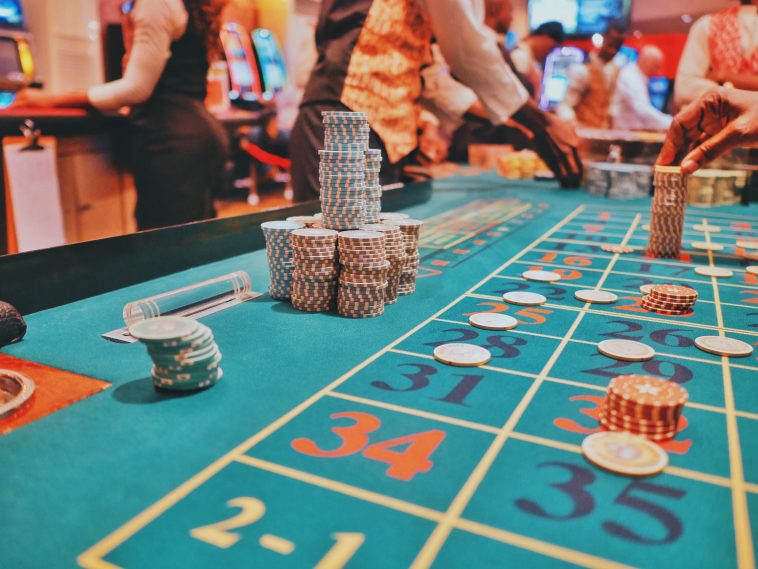 Are you the type who loves a good game of poker? Is it your casino game of choice whether you visit a brick-and-mortar casino or an online casino? Poker is not only a popular game for people to play, but it’s also popular to watch. Televised tournaments typically draw in huge audiences, and when possible, they also draw in live crowds to watch the action.

While there are plenty of professional poker players on the tournament circuit, what you may not know is that there are also celebrities who have created quite the name for themselves in the world of poker. Here’s a look at six celebrities who are known to love playing poker.

It’s hard to imagine Kevin Hart as anything but the comedian, but it seems he has a knack for poker. Not only does he enjoy playing poker, but it also seems he’s pretty good at it and has won various amounts. He has even taken part in the High Rollers on the world circuit level.

Hart is of course known as a very successful actor who has appeared and starred in such movies as Get Hard, Central Intelligence, The Secret Life of Pets (1 and 2), Captain Underpants: The First Epic Movie, Jumanji (1 and 2), The Upside, Night School and more. He is also a popular stand-up comedian.

Perhaps best known for his foray as Spiderman (2002-2007, three movies), Tobey Maguire is a well-known successful actor. He has starred in a wide array of movies, taking on a variety of challenging roles. But it seems as though Maguire also likes to enjoy his free time and often includes poker as his activity of choice.

Maguire has been playing poker since he was just 15 years old, so he’s gotten pretty good at the game, it seems. He has taken part in several online and live events and watching him is quite exciting as he has built a very tough-to-read demeanour, making him an excellent player. With that said, there are some rumours that he can be difficult to play with and doesn’t take well to losing.

Another well-known player on the circuit is Matt Damon. It is rumoured that Damon became interested in poker while researching his role in Rounders. Rounders was released in 1998 and starred Edward Norton, who also took a liking to the game for the same reasons. The movie focused on the high-stakes world of underground poker, so it was only natural that Damon should learn the ins and outs.

Since then, he has kept up with playing and he has built an excellent reputation, not just as a good player, but he is often referred to as a ‘gracious player’ that others enjoy being around. The classic likeable guy.

You can’t mention Matt Damon without also mentioning his bestie – Ben Affleck. Affleck’s love of poker and gambling, in general, is no secret. He is one of the more obvious celebrities when it comes to his love of the game. He has played in many different cash poker tournaments, and he’s made his rounds in the World Series of Poker, appearing more than once.

While he may not be as sleek as some of the professional players out there, he is still a very good player. He is also known throughout the circuit as being a very genuine and nice guy to be around. People want to hang out with him and enjoy a round of poker. Affleck is also said to love the game of blackjack and is rumoured to be better at blackjack than poker.

It’s not just the guys who have a liking for poker; Jennifer Tilly has also carved out a spot for herself as a very formable player. Diehard poker fans may only know Tilly as a player and may not even realise she is a celebrity actress. As far as her poker stats go, Tilly has reportedly won almost $1 million (total wins), has a WPT (World Poker Tour) win and a WSOP (World Series of Poker) bracelet.

Just like with Damon, it was research for an acting role that got her interested in the game and since then she has stuck with it. Today it’s more common to find her at the poker table than in a studio, as it seems poker has captured her heart.

Another female celebrity who has made a name for herself in the world of poker is Shannon Elizabeth. Best known for her role in the American Pie film, Elizabeth has appeared in several championships and games. However, it seems as though, in the past decade, her love of poker has slowed, at least in terms of live and online events.

What if you want to play like a celebrity and build your skills in the game of poker? Although you may not have the same resources as A-listers, you can learn all the same. It’s a matter of practice and researching the game as much as possible. You don’t even have to visit the casino to practice and learn thanks to the many online casinos you can enjoy from the comfort of your home.

You can visit a site like www.onlinecasinos.co.uk to get information on the top UK casinos worth checking out. The site outlines the welcome bonus at each of the top casinos and gives it a score and rating so you know where to spend your time and money.

Just like with any new hobby, game or skill, practice makes perfect. Anytime you can fit in a quick game or two, it will add to your level of skill and knowledge.

What’s cool about the many celebrities that play poker is that it shows they are just like everyone else. They enjoy gaming in their free time, look at it as a fun activity and probably a way to de-stress and wind down, and many of them have become quite good at the game.