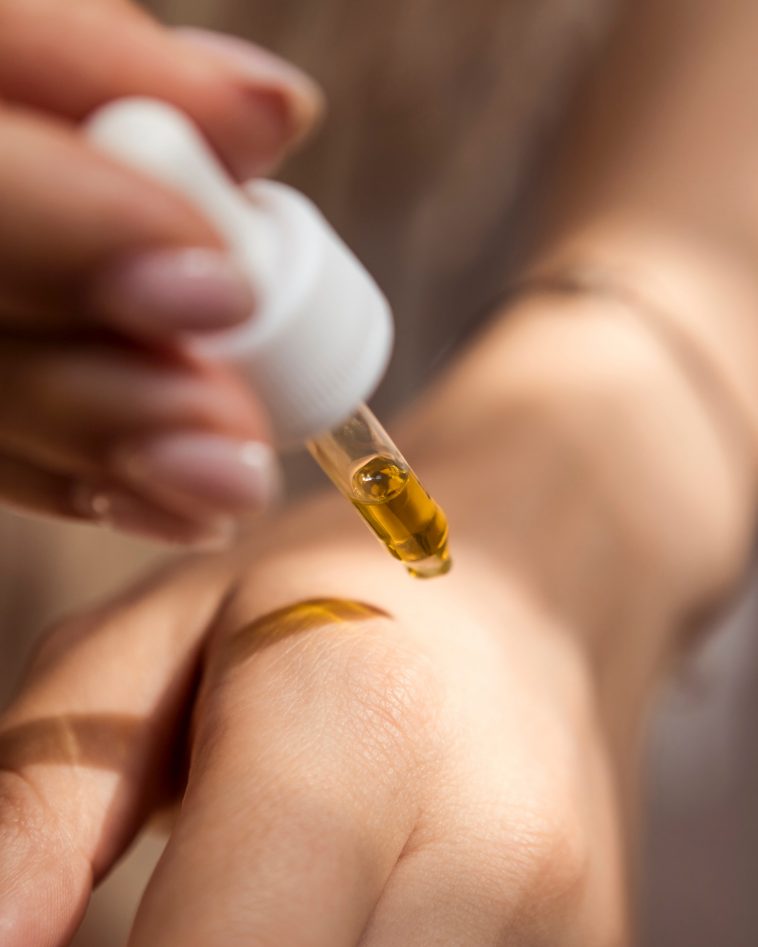 CBD has struck the world as a potentially life-changing substance. There are many so many claims about what CBD can do that you’re probably thinking, “where can I buy CBD oil?” It’s sold online across the nation, so you can hop on a reputable CBD company website and have it shipped right to your door. It’s legal to do this as long as the THC content is lower than 0.3 percent.

Celebrities have also learned of the incredible benefits of CBD oil, and many swear that it has changed their lives. Here are six who can’t stop talking about what CBD has done for them.

Whoopi Goldberg is perhaps one of the most open advocates of CBD. The popular actor, singer, comedian, writer, entrepreneur, and talk show host has shared her views on CBD in public interviews as well as on her show The View.

In an interview with The Orange County Register, she talked about her mission to improve the lives of women who may need therapeutic access to CBD and cannabis products to ease their menstrual cycles.

“I’ve spent the better part of my life standing up for issues that were important to me,” she said in the interview. “I asked a friend in the cannabis industry if anyone was doing marijuana for menstrual cramps; and when he said no, I knew someone had to – and that it may as well be us.”

She talked about using CBD to help her menstrual cramps when she was younger. She noticed an effect then and thought it would be a good product, but CBD laws were much stricter then.

This led her to co-found the marijuana company Whoopi & Maya, which has since closed its virtual doors. However, she has continued to advocate for CBD after she’s moved on to other ventures.

Her parting words in her interview were: “Jump in and try it, you never know what can happen until you do.” This is the attitude she often hoists high when it comes to CBD products when asked in public and private settings.

Seth Rogen is not only a successful actor and comedian, but he’s also an entrepreneur and founder of the cannabis company Houseplant. He started the company with co-founder Evan Goldberg who is a producer, director, and screenwriter widely recognized for his work. The two have worked together on many projects in the film industry, so it simply made sense for them to work on this project together.

Rogen’s love and respect for cannabis products began when he needed the products for his own ailments like anxiety and pain management. He found tremendous relief with them and wanted to pave a way for everyone to experience that relief.

He’s particularly passionate about how CBD can further Alzheimer’s research, which began after his mother-in-law was diagnosed with the condition. He even addressed Congress on the matter, sharing his research-backed opinion that CBD should be a bigger part of our medical society.

Kim Kardashian is known for trying all the latest trends and strongly advocating any that she enjoys using. CBD is one of those. She shared with People that she’s not into marijuana at all, but she does like CBD.

“CBD, short for cannabidiol, is a non-intoxicating chemical in the cannabis plant. Unlike THC (tetrahydrocannabinol), CBD does not make you high…I got into CBD a few months ago. It’s saved my life. Even to sleep at night. I like the gummies. I will just use a little bit and fall asleep [laughs]. I don’t think I would take a Xanax or an Ambien again.”

She also talks about how it helps her feel balanced, get along with her family, and be a better parent. Her love for CBD led her to host a famous CBD baby shower in which guests were able to partake of many CBD products, and it started a new craze in the alternative medicine world because individuals had a newfound respect and understanding of this cannabis product.

Phillips has been killing it in her career as an actress, writer, producer and director. She’s also killing it in the CBD scene, as she openly endorses CBD as a tool for treating anxiety. She’s shared many stories of how CBD and THC gummies help her to feel calm and collected when her anxiety feels crippling.

She shared one story with Health.com about feeling totally helpless with anxiety. She said she experienced a full day of what felt like constant panic attacks when visiting New York, but CBD and THC gummies helped her get through it.

The UFC champion does not mince words when it comes to cannabis products. He’s spent many after-fight press conferences smoking a joint to help ease pain and inflammation after a fight. He says that he smokes CBD joints and uses a CBD vape pen to help him relax after an intense match.

Diaz has his own CBD line from his company Game Up Nutrition. Because CBD is not banned by the anti-doping policy in the UFC league, he is able to gain the peace and relief he needs without risking his career.

When Michael J. Fox was diagnosed with Parkinson’s Disease at the young age of 29, it shook his world. It’s very rare for this disease to strike such a young adult, but he’s done remarkably well thanks to money poured into research and plenty of experimental studies.

Fox also talks about his use of medical marijuana and CBD to ease some of his Parkinson’s symptoms. It’s believed that CBD can raise dopamine levels in the body to counteract some of the mobility restrictions, seizures, and involuntary shaking that comes with the illness. It also eases pain and inflammation in his sore joints.

Fox is just one of many with Parkinson’s who has tried cannabis products to relieve symptoms with success.