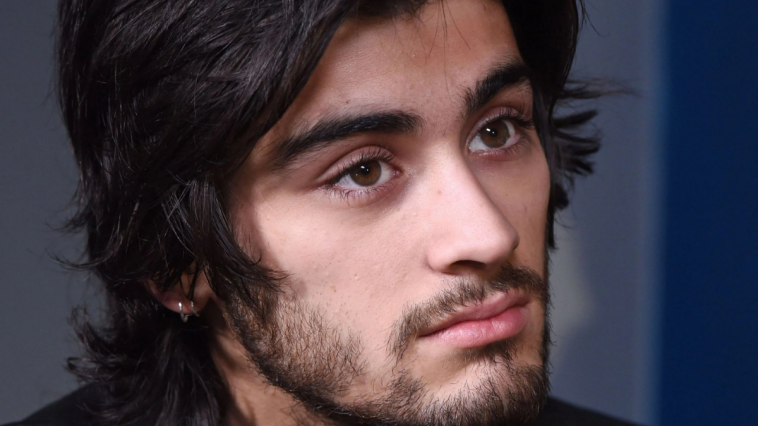 It’s Zayn Malik’s birthday, and so it’s a joyous day for us all.

The 29-year-old musician doesn’t require an introduction since his stellar work and stature speak for themselves. The British singer-songwriter and producer Zayn Malik achieved success right from his career debut as he rose to global prominence with one of the biggest boybands of all time, One Direction. As the heartthrob of millions around the world, he has established himself as one of the finest musicians of the modern era with his stylish vocals and impeccable musical versatility.

Despite not touring or having much label promotion, he has three successful studio albums, chart-topping singles, and countless awards and achievements under his belt. We are astonished by how powerful ZAYN is and the incredible support and loyalty he receives from his fans. Apart from his impressive discography, he has proven to be a prolific hitmaker and highly sought-after collaborator, and now we are eagerly awaiting the release of the fourth studio album. Over time, ZAYN has released some breathtaking renditions of classic songs that deserve more attention.

He is one of the most underrated musicians in the industry and deserves more recognition, appreciation, and accolades for his vocal and musical prowess. Underneath those stylish hairdos lies a warm and charismatic personality adorned with stunning tattoos and an infectious smile that will melt your heart.

He is a gifted artist with impeccable taste, a sharp ear for detail, a wide tenor range, excellent falsetto, perfect pitch, and a deep understanding of diverse musical styles from across the decades. Even if you are not his fan, you cannot deny that he is a powerhouse performer and knows how to entertain. Imagine when he announces his tour, you won’t be able to cope with it.

Check out some of the songs he has covered so far and share that feeling with us. It’s like coming home to a place (or, a person) you’ve never even owned!.

“I can open your eyes/ Take you wonder by wonder
Over, sideways and under/ On a magic carpet ride”

We have granted your wish as this song feels like we are on a magical carpet ride with ZAYN! All you need to do is close your eyes and listen to this enchanting composition embellished with ZAYN and Zhavia’s lush and mellifluous vocals. It is only fitting to describe this remarkable rendition of “A Whole New World” as shining, shimmering, splendid, and spellbinding. The duet was originally recorded by singers Peabo Bryson and Regina Belle and received positive reviews. However, this beautiful reimagining of the song by ZAYN and Zhavia Ward took the piece to a whole new level.

The music video for the song features the duo looking dreamy and wistful in different parts of the city. As ZAYN wanders the streets of New York singing the sultry iconic chorus, we join him in soaring, tumbling, freewheeling through an endless diamond sky, marveling at the unbelievable sights and experiencing the indescribable feelings. We are not exaggerating, but if you don’t believe us, take a look below and decide for yourself!

ZAYN covered Elvis Presley’s 1961 classic “Can’t Help Falling In Love,” and, indeed, we can’t help falling in love with him. We promise it isn’t a lie!

ZAYN surprised his fans by recording a dark, sultry, and sleek R&B rendition of Elvis Presley’s 1961 classic “Can’t Help Falling In Love,” and the result is lush and mesmerizing. “Can’t Help Falling in Love” is one of Elvis’ most well-known songs and almost everyone’s favorite, since the song has been making people swoon since its release. Zayn gave the song an R&B makeover and added his own charm and flair to it. With some electronic embellishments, guitar overtones, and lush piano chords mixed with a dash of his signature sound and ethereal vocals, he really owns this performance, bringing it to life. Honestly, we will not complain if he decides to release an entire tribute album to Elvis Presley. We are definitely on board, ZAYN! (wink wink)

Me, Myself and I

The fans were ecstatic when ZAYN released this stupendous fantabulously phantasmagorically magical rendition of Beyoncé’s hit song “Me, Myself and I” as a ‘taster’ of his second album Icarus Falls. While the cover did not make the tracklist, we certainly understand why he chose it to introduce his album. If you listen to Icarus Falls chronologically, you will understand what we mean. It is undoubtedly one of Beyoncé’s greatest hits, and nobody could match how the queen performed it, but well, ZAYN did a great job, and the cover sounded incredible. The most impressive thing about ZAYN is that rather than merely copying the original songs, he truly embodies them, adds his flair, and makes them his own.

“Me, myself, and I/ That’s all I got in the end
That’s what I found out/ And it ain’t no need to cry
I took a vow that from now on/ I’m gonna be my own best friend’

… And these lyrics from Beyoncé’s song from Dangerously in Love (2003) really hit home in modern times, don’t you agree?

So there you have it, the unusual cover version recorded by ZAYN, reimagining “Bed Peace,” originally performed by American singer-songwriter Jhené Aiko. The unique thing about this cover is that he completely reworked the original song – including the background music, beats, rhythm, or adding the lush chords. He reimagined everything and elevated it to the point of making it almost unrecognizable yet maintaining the core essence of the original song. That’s incredible, considering we now have two versions to enjoy equally. It demonstrates a musician’s talent and skills, and our Bradford hitmaker has enormous talent, musical versatility, and artistry. That’s why we call him the king of music and our hearts, right?

Hold Back The River

ZAYN blessed us with another cover as he posted two monochrome snippets on Instagram captioned “Cover Sessions,” where he sang in what appeared to be a home studio. This time, he put his fans in a spell by covering James Bay’s hit song “Hold Back The River.” The soulful, mesmerizing cover version highlighted his vocals, making them the center of attention. The fans were left enthralled by his spellbinding vocals as he crooned the lyrics, and the video garnered over two million likes right away (currently six million+ likes as of now). There’s no surprise that the loyal ZQUAD showers ZAYN with tremendous love the moment he appears online – whether it’s new music or a selfie.

His look consisted of a black t-shirt, a pair of slim-fit jeans, neck chains, and silver beaded black bands on his hands that accentuated his tattoos. It’s no secret that ZAYN never abides by rules and boundaries when it comes to great fashion sense and looking hot in his selfies. See for yourself and thank us later!

The question is: Is it possible to be so attractive, cute, and hot all at the same time? Well, now you know the answer. We’ll move on to the next cover song if you’ve made it this far and survived these pictures!

We all remember when ZAYN shared covers of Bollywood songs – “Allah Duhai Hai,” “Teri Deewani,” and “Allah Ke Bande” in the past on his Instagram, they instantly became viral. Paying homage to his Asian roots, ZAYN often sings in Hindi and Urdu, reflecting their influence on his musical palette and art- something that is very important to him. For instance, remember “Intermission: Flower” from Mind of Mine? This song was awe-inspiring, featuring beautiful guitar chords and his angelic vocals, and left us spellbound. Besides singing in impeccable Hindi, ZAYN dedicated these covers to his fans and added his signature flair – especially by mixing EDM beats with “Allah Duhai Hai,” which got us all moving and dancing to the beats!

While we could include many more songs adorned with ZAYN’s stellar vocals, this list will not be complete without an honourable mention of the snippet of “Chaudhvin Ka Chand” appearing on his own composition, “Tightrope,” from the third studio release, Nobody Is Listening. The original composition is a timeless Hindi song from the 1960 Bollywood film of the same name. Originally recorded by the legendary singer Mohammed Rafi, the song gained immense popularity due to its alluring and breathtaking picturisation of the filming sequence. Even today, listeners enjoy humming and swaying along to this masterpiece as they fall in love with it. The snippet was hailed as the “highlight of the year” by his Indian fans, so we’re dedicating it to him:

Listen to the stellar discography of ZAYN on Spotify below!