Tonight was the end of an era. The doors are closed and we are no longer on the road again. And with OTRA coming to a close, there will be many things that will be missed greatly along with these last wonderful 9 months that have had their ups and downs. Regardless of how awful 2015 might have seemed to us, the tour itself was magical, awe-inspiring and a place that one would call home. So we’ve compiled a list of the 9 things we’ll miss most about One Direction’s On The Road Again Tour and just have a little look back on all of the wonderful things we’ve grown to love on this tour.

This has to be at the top of the list because of how incredibly iconic its become. “Chonce” was probably the best thing to come out of OTRA and our only wish is that it doesn’t die any time soon. Niall singing “We took a chonce” started as a small joke but quickly escalated and flourished into something beautiful which, ironically, Niall had only just gotten the day before the very last show.

The fan projects deserve so much more recognition than they get. These projects are the fans way of getting the boys to truly see just how much they care and honestly, it’s beautiful. People put months of hard work into planning such extravagant things, and it’s worth the while when the crowd sees the look on the boys faces, filled with nothing but pure wonder and amazement at just how dedicated and truly lovely their fans really are.

Rainbow Bondage Bear and Small Bondage Bear have been a blessing on this tour. They’ve given us nothing but hope and something to look forward to, always leaving us either confused, shocked or just in plain bewilderment. And things only got more hectic when the bears got an official twitter, which of course had some speculation that it was in fact run by Louis and Harry but hey, we can only hope right? We really hope to see the bears soon and hope they’re doing well with Louis (c’mon, we all know it had to have been Louis right?)

Keep in touch. Back very soon. Much love & affection. Stay safe. Thanks to you all. RBB & SBB. xxxxx pic.twitter.com/bbekN33BvD

Louis and Liam’s infamous water fights will always be near and dear to us because honestly, who doesn’t love seeing wet Louis and Liam running around on stage and just being proper lads. It’s a lovely thing to see. We’ve watched their friendship grow closer this tour and we can’t wait for more water fights, more silly string fights, and just more lilo in general. (Although some more interaction between a certain OTP would be much appreciated as well.)

Yes, we understand that we can get Louis’ sweater paws any time when he’s out and about and happens to be wearing that grey sweater we all love to death but how often will we get to see Louis looking like an actual soft baby kitten gripping the microphone with his hands covered in the thin, grey material whilst looking so tiny, adorable and compact. See? This proves our point. 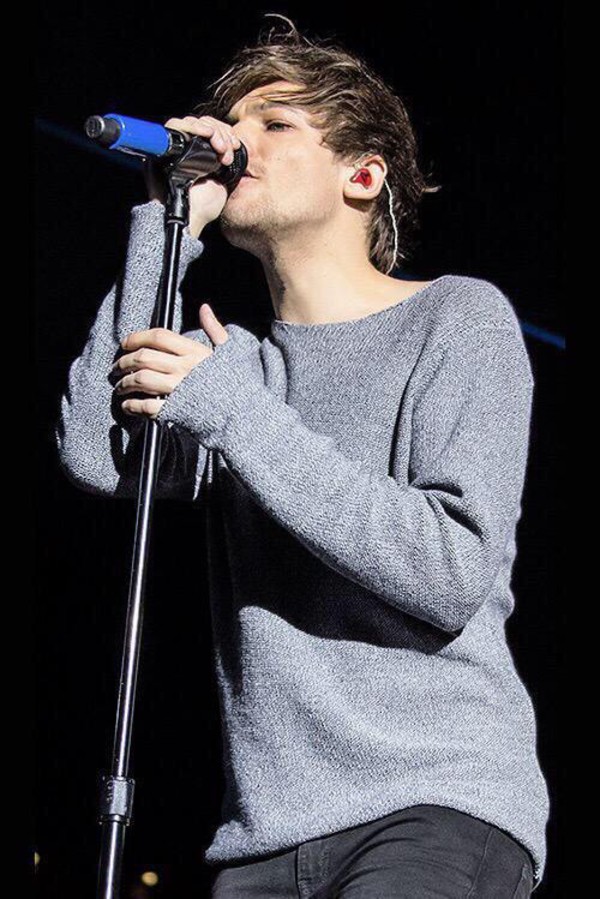 Harry was most definitely the one to get the crowd hyped during OTRA, from his wild dancing to his string of moans that he would make the crowd do with him. Whatever it was that he was doing in that moment, it was always so effortless and he was always quick to get the crowd up on their feet, pumped, and ready to go. One could describe him as electric, sending shockwaves of pure energy into everyone in the room, never failing to put a smile on anybody’s face by the end of the night.

The Lights Going Down and The Intro Video

When the lights went down and the screams erupted from the crowd, you knew you were in for the best night of your entire life. A feeling of pure adrenaline was coursing through your body, waiting in anticipation for the boys to come out, your entire world right before your eyes. The intro video would start to play and you would try your hardest to keep yourself calm but it was near impossible when the instrumental to “No Control” was ringing in your ears and you were frantically watching as the smoke began to rise and the intro stopped. The opening chords to “Clouds” came on and that was it. You were home. It was only you and them, nothing outside of that stadium mattered anymore. It was an indescribable feeling that nobody could ever take away from you.

On the Road Again took the form as art time and time again, leaving us breathless when the pictures were released. Fireworks lit up the sky in a magical array of colours and sparks, leaving everyone who was in the crowd completely mesmerized, mixed in with the boys exquisite voices. It really, truly is a breathtaking sight. And of course, the boys themselves take a human form of art, putting on a captivating performance that was both thrilling and enthralling.

The Safe Space it Offered

One Direction’s ‘On The Road Again’ tour was often viewed as a safe space by the fans, offering an outpouring of love, support, comfort, and anything else you could think of when it came to home. The stadiums and arenas were transformed into a place where one would never feel alone. All of the boys came together to make sure it was a place where everybody could feel comfortable, loved and happy. And of course, that was only taken further when Harry began running around the stage with LGBTQ+ flags, giving assurance and safety to a wider audience. Everybody was included and all in all, it made for one spectacular night.

So that’s it. Our list is complete. There is so much we’re looking forward to when we see them again in 2017, but for now, we wish Louis, Harry, Niall, and Liam a wonderful and relaxing year long break. They don’t need to worry about losing us because we’ll be right here with open arms when they come back. 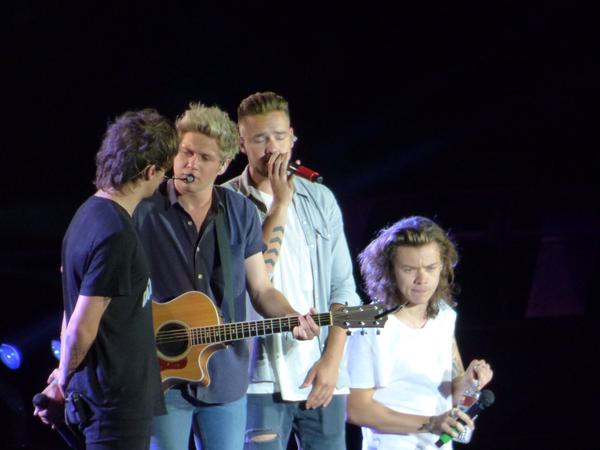