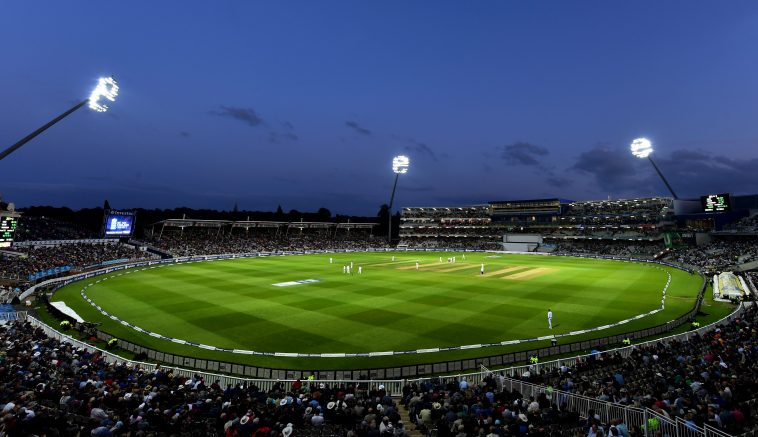 Cricket is a sport that’s enjoyed by people all over the world – including celebrities. With superstars such as The Rolling Stones’ Mick Jagger, Charlie Watts and even the superstar Ed Sheeran being spotted at big games and matches, It’s a sport that’s loved as much by celebs and everyday folk.

Cricket is one of the most-watched sports in the world – especially in the UK, India, Australia and Pakistan. In these countries, you’ll find some of the most die-hard cricket fans who cheer their favourite players and teams on whenever there’s a test series or big tournament. These die-hard fans are definitely not alone as many celebs also join in on the action, including playing the odd game.

Many of these cricket fans also like to place a cheeky punt or two on the games. Whilst having a good handle on the game is key in this situation, they also keep an eye out on the live cricket odds to make sure they’re getting the best odds. Who knows – maybe even a few celebrities like a bet!

Whilst the celebrities we mentioned above were only in the stands to watch games, In this article, you’re going to discover 4 big celebrities who absolutely love to play cricket – and some of them are people you’d probably not imagine. So let’s start with number 1…

Yep, the Australian superstar himself. Hugh Jackman is most noted for his roles playing Jean Valjean in the musical Les Miserable, Wolverine in the X-men series and P.T. Barnum in the award-winning The Greatest Showman.

Hailing from one of the biggest countries when it comes to cricket, Australia, the a-lister has confessed to his love for cricket. Jackman has also admitted to getting himself in the stands for every single day of test matches, enjoying the feeling of just being there.

He played both rugby and cricket in high school and took playing both these sports incredibly serious. But Jackman made the choice to pursue acting which we can safely say has worked out pretty well for him!

Hailing from ‘The Cradle of Liberty’ aka Boston, Massachusetts, Marky Mark Wahlberg is a surprise to the list. He’s an actor who can pull off an array of different roles – from comedic roles such as he portrays in Ted and The Other Guys, to action films such as Transformers and even more serious roles like The Departed.

Wahlberg has only recently dipped his toe into the wonderful world of cricket – but he’s caught the bug. He tried the game out at the Barbados Trident franchise, which is part of the Limacool Caribbean Premier League.

Since then he’s been a regular player, enjoying the multifaceted aspects of the sport and even going so far as to chip in and buy part of the Barbados Trident cricket team.

Yes – Harry Potter himself is a cricket fan! Yet another surprise name to the list who you may not instantly link to the sport of cricket, Daniel Radcliffe adores the game.

Well known for his stint as the titular character Harry Potter over 8 films, in his downtime from acting Radcliffe enjoys playing a cricket game by EA on his computer. He has also admitted to owning signatures by legendary Indian cricket player Sachin Tendulkar and former English captain Andrew Strauss.

With cricket royalty in his bloodline, it’s no surprise that the famous kiwi appears on this list. Being from New Zealand, cricket is ingrained in the culture and Crowe has fully embraced this.

Russell Crowe is actually a cousin to 2 famous cricket players for New Zealand – Jeff Crowe and Martin Crowe. Both of these cousins were captains for their country, and so the Crowe family has a lineage of cricket in their blood.

Starring in the Oscar-winning Gladiator as well as biblical hit Noah, Robin Hood and A Beautiful Mind, Russell Crowe admitted in an interview that it’s been his dream for three decades to visit the birthplace of cricket.

Other big fans of cricket

Whilst there are plenty of other celebrities and A-listers who enjoy letting loose at the stumps, there are some others who have admitted to being huge fans of the sport. Most notably Sir Elton John, who even had a few members of the National team around his hotel suite for a party, Film director Sam Mendes and even singer Lily Allen – who shocked many people when she announced her passion for cricket in an interview.