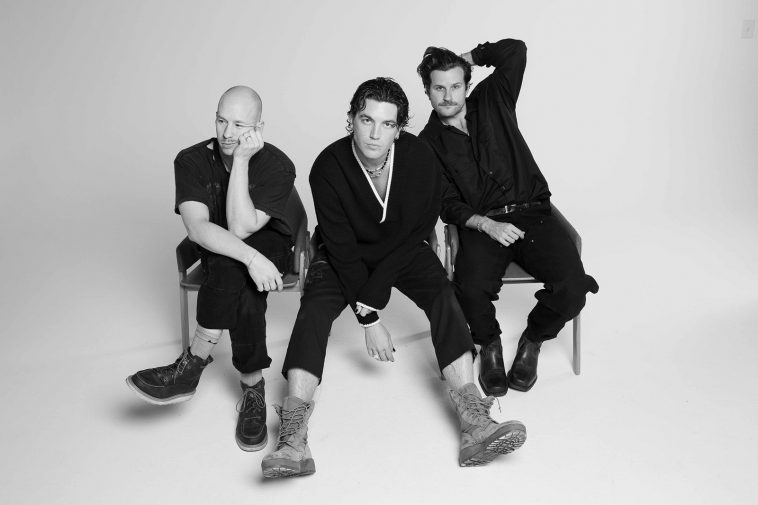 Indie-pop trio, LANY, released their third album “Mama’s Boy” on Friday, October 2nd. The album still carries much of their signature sound with dreamy toned synths and songs about heartbreak. However, the 14 track project also showcases a different side of the band. LANY branched out a bit from their usual breakup tunes to get real about growing up in Oklahoma, moving out to LA, and how that has impacted their views on family and religion.

The first single off the album, “Good Guys,” touches a bit on their hometown roots. Lead singer, Paul Klein, sings about wanting to show a girl he’s a “southern gentleman,” but he’s afraid to come off as too interested. It’s a smart first release because it showcases both sides of the album: the signature heartbreak that they know how to give their listeners, as well as introducing their upbringing.

Their next release dove even further into looking back on their childhood, as Klein showed off a different type of vulnerability. “If This Is The Last Time” is a song about your parents, seeing in hindsight the struggles you may have caused for them, and acknowledging that they’re not going to live forever. Being that it displays the band in a different light, it is a stand out track.

Their latest single, “Heart Won’t Let Me,” feels much like what we’re used to with LANY. Klein sings about a struggling relationship that he knows he should leave, but his heart gets in the way. The video, released on the same day as the album, is a visual the band is very proud to have made. “Came up with the most impossible idea for this song and somehow made it happen,” they wrote on Twitter.

LANY considers “Mama’s Boy” their best album yet. “We’re using elements that we’ve never used before,” Klein said, “You never want to make the same album twice.” Throughout the record, LANY stays true to their signature sound while experimenting with new tones. “We’ve got gospel choirs, a kids choir, flugelhorn, slide guitar, all kinds of stuff we’ve never had.”

Let us know what you think of “Mama’s Boy” on @CelebMix!