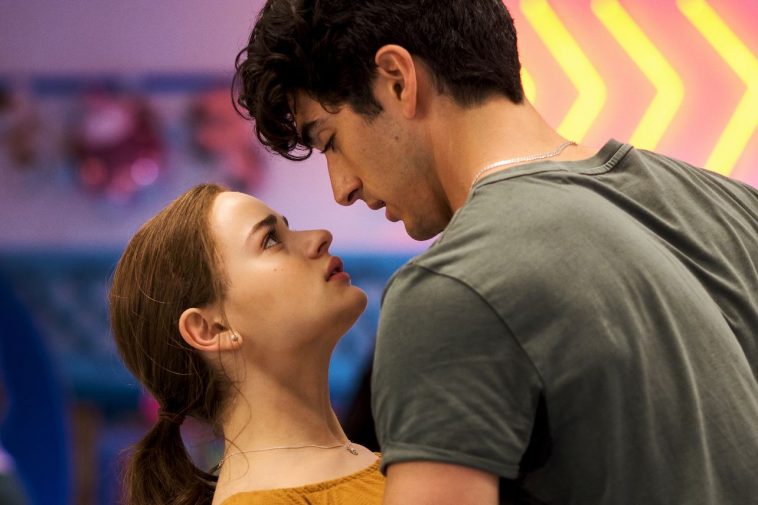 After the exciting build up of when The Kissing Booth 2 would be gracing us on Netflix, the trailer has finally arrived and there’s dramaaa! (Totally didn’t write that last word with Lee and Elle’s voices in our heads).

The trailer begins with Lee and Elle announcing that The Kissing Booth is back in business, and it seems Elle is also returning to the stage with her blindfold and a mystery man in front of her – could it be her beloved Noah returning from Harvard to surprise her? Or could it be the handsome new kid, Marco?

It’s the first day of Senior Year and… did one of the OMG girls change? Anyhow, the OMG’s are back and they’re pretty invested in making sure Elle know’s that this long distance relationship with Noah is NOT going to last and Noah’s new friend Chloe, is enough to spark up a few doubts. Just you wait, Elle is going to prove them all wrong!

With our two lovebirds far apart, their friendships with Chloe and Marco blossom and their relationship is seriously tested. Not only that, but our favourite friendship is about to hit rock bottom as well, when Lee finds Elle’s Harvard pack, despite the two of them agreeing to attend Berkeley together. Is Elle willing to ruin her lifelong friendship with Lee, to be with Noah and save their relationship? Or is she willing to let Noah go and find something new within Marco?

Guess we’ll find out on July 24th, when The Kissing Booth premieres on Netflix!

What are you looking most forward to in The Kissing Booth 2? Tweet us over at @CelebMix!