This is your go-to guide for actress, Cierra Ramirez.

Cierra is most known for portraying Mariana Adams-Foster on The Fosters. 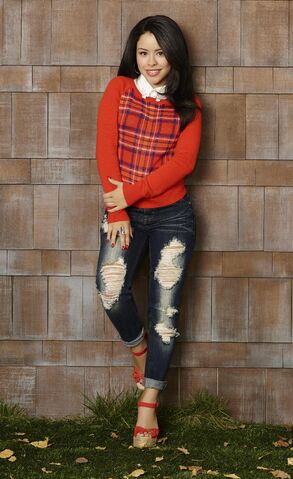 Cierra Ramirez first and foremost dedicates her career to acting. She played a recurring role on ‘The Suite Life of Zack and Cody’ as Jasmine, a young camper with anger management issues. She also played a recurring role as Kathy on ‘The Secret Life of the American Teenager’, a pregnant freshman. She made her film debut in 2012 starring in ‘Girl in Progress’, for which she won an ALMA award for Favorite Movie Actress Supporting Role. From 2013, Cierra has played her well known character, Mariana Adams-Foster in the Freeform series ‘The Fosters’. Her character is a straight A student who, along with her fraternal brother, was adopted by a lesbian couple in to a multi-ethnic blended family. The Fosters has recently aired the premiere episode of season 5.

Although Cierra’s career mostly revolves around acting, music led Cierra in to making her television debut. Cierra is signed to Tribeca Music Group and on June 20, 2016, she released her first EP, Discreet.