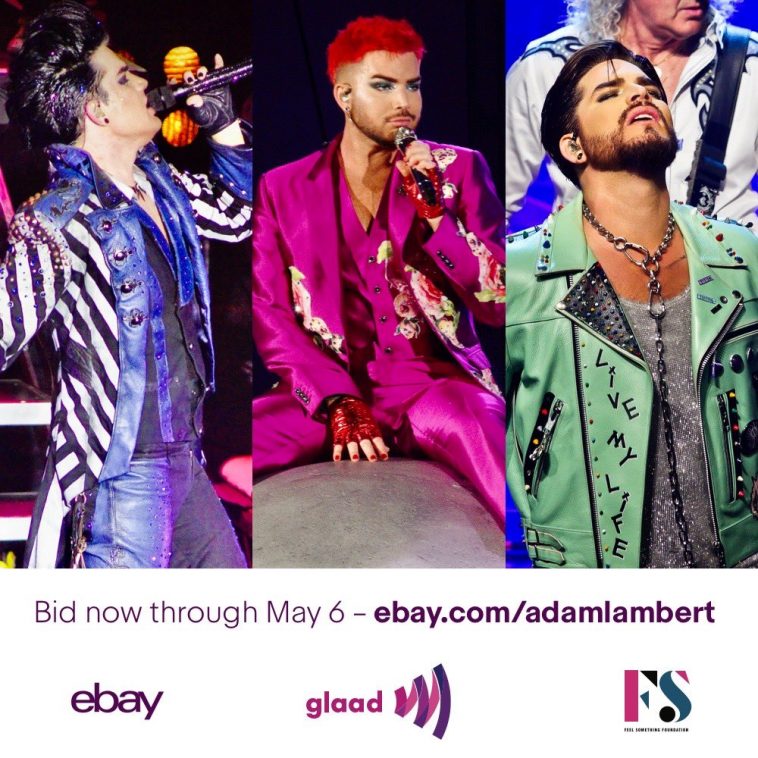 As well as his sensational voice and discography, global superstar Adam Lambert is well known for his flamboyant and iconic stage wear. If you’ve ever wanted to get your hands on one of Adam’s famous items of clothing then now’s your chance!

Adam’s charitable organisation Feel Something Foundation has partnered with LGTBQ organisation GLAAD to launch its first major fundraiser, an eBay for Charity auction of some of Adam’s most striking stage looks.

Open from now through to May 6th to fans around the world, 15 items from Adam’s wardrobe are up for auction, which date back as far as his American Idol days. All funds from the winning bids will go directly to GLAAD as they continue to support LGBTQ people in need during the current COVID-19 pandemic and beyond.

Speaking about the auction, Adam said: “The Feel Something Foundation is honoured to partner with GLAAD and eBay for our first fundraiser. The funds raised through this eBay auction will be instrumental in helping the LGBTQ community during these unprecedented times.”

Adam founded the Feel Something Foundation in late 2019 with the aim of supporting LGTBQ organisations which are “moving the needle for communities of all ages and backgrounds.” This charity auction was announced during GLAAD’s ‘Together in Pride: You Are Not Alone’ livestream event which benefitted local LGBTQ community centres around the world.

You can check out the Adam Lambert costume auction here.

Will you be bidding for one of these amazing stage costumes? Let us know your thoughts on Adam Lambert and his charitable auction on Twitter @CelebMix