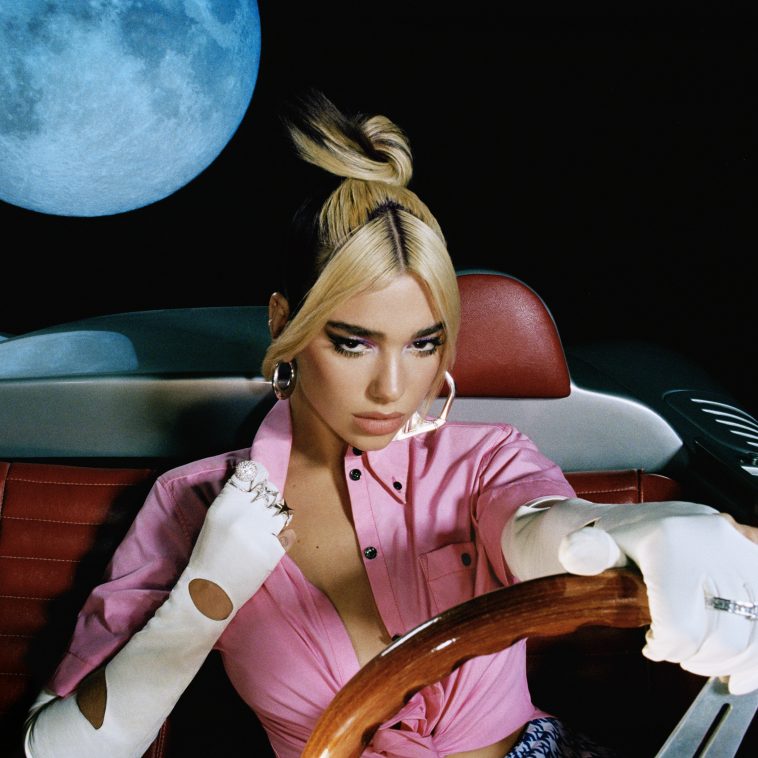 Landing in full with her self-titled debut record in 2017, Dua Lipa’s penchant for a pop banger saw streams come flooding in their millions. Three years on, anticipation for the 24-year-old’s follow-up couldn’t have been higher.

This was, in no small part, helped by retro-inspired lead singles ‘Don’t Start Now‘ and ‘Phsyical‘, which had fans eating out of Lipa’s palm once again. On the aptly titled Future Nostalgia, the pop star delivers more of the same, layering her silky tones over 90s synths with a potent efficiency.

Ditching the sing-a-long electropop of 2017’s critically-acclaimed debut is a brave move, you won’t find any ‘New Rules’ or ‘IDGAF’ this time around, but in doing so the pop star has created a record dripping with confidence.

‘Don’t Start Now’ and ‘Physical’ do remain Future Nostalgia‘s stand-out moments – pop music like that doesn’t come around often. However, as Lipa slips from club-ready hits to flirtatious flicks, there’s not much to fault on the 11 tracks.

Tove Lo, Shakka and Kamille join for a co-write on the super-slick ‘Cool’, whose thumping chorus marks it out as a dead-ringer for a future single. Elsewhere, on the funky ‘Levitating’ Lipa invites you onto a moonlit dancefloor to dance the night away and SG Lewis’ bubbling influence on ‘Hallucinate’ is clear to hear as the party keeps on pulsing.

From start to finish on Future Nostalgia, Lipa doesn’t let the party stop. Even the record’s more intimate moments are delivered with a wink and heavy bassline. Latest single ‘Break My Heart’ is a giddy ode to a mischievous lover and ‘Good in Bed’ is a tongue-in-cheek nod to “good pipe in the moonlight”.

The only time Dua Lipa steps off the dancefloor comes when closing on the anthemic ‘Boys Will Be Boys’. Production is dialed down in favour of soaring strings as the pop star rallies that “boys will be boys, but girls will be women”.

An appropriate ending to Future Nostalgia in a reminder that Dua Lipa has built her own pop empire from the ground up. And with a stunning sophomore record under her belt, the sky is the limit for the pop star.

What’s your favourite track from ‘Future Nostalgia’? Will you be seeing Dua Lipa on tour next year? Let us know @CelebMix on Twitter.