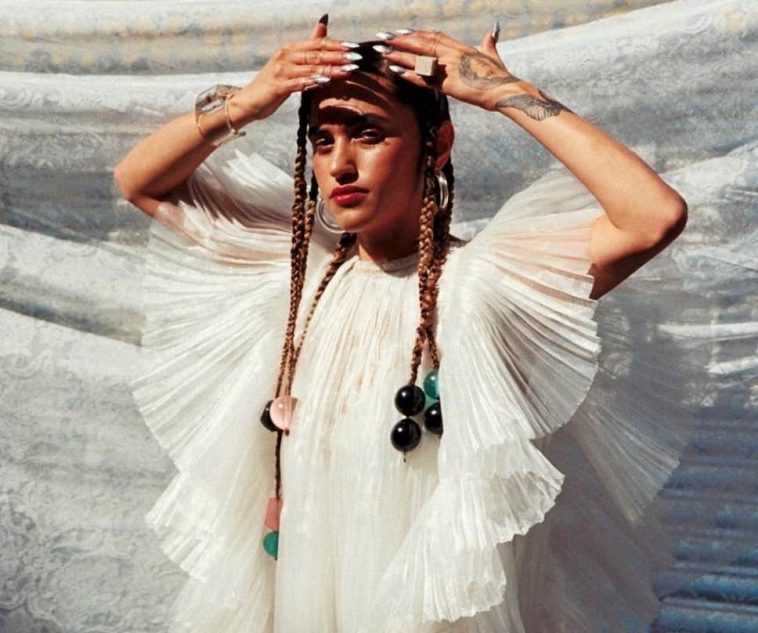 The dynamic new studio album from Empress Of- real name Lorely Rodriguez- entitled ‘I’m Your Empress Of’, is the third full- length from the American- Honduran artist following on from both 2015’s ‘Me’ and 2018’s ‘Us’.

Ditching the copycat pop sounds of the latter Empress Of has reinvigorated herself, and her music, delivering a fiery and emphatic statement of originality and purpose.

The punchy synth tones in ‘Bit Of Rain’ are a precursor to the high- powered vocals of the reborn singer, and a real taste of what is to come.

Club banger ‘Love is a Drug’ encompasses electric rhythms with an insanely catchy chorus- we guarantee it will be your summer anthem- and cements the artist as someone who can absolutely stand alone in this game.

‘U Give It Up’ explores the singer’s love of electronic music while ‘Give Me Another Chance’ is a true statement of the singer’s pop prowess.

The mellow synths in ‘What’s The Point’ provide a backdrop to a song about heartbreak- delivered by the singer’s soaring vocal performance- and continues a dominant theme in the album’s lyrics.

‘Maybe This Time’ echoes that emotion further but this time wrapped up in a more upbeat and familiar melody, while ‘Hold Me Like Water’ is a hypnotic pairing of layered vocals and electronic bliss.

Album closer ‘Awful’ feels almost spiritual in its delivery, and the conviction displayed in the voice of Empress Of is resounding: this is an artist that is taking over.

‘I’m Your Empress Of’ is available now.