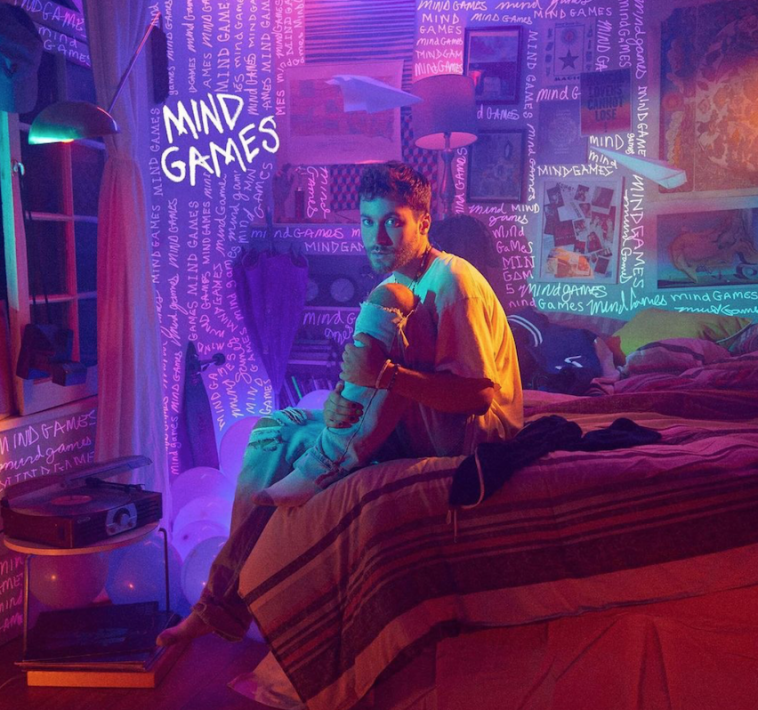 When a JORDY song comes on, you know what you’re going to get.

Consistency is the order of the day for the pop star who consistently nails the melody, consistently provides infectious vocals and is consistently bogged down in some sort of boy drama.

On the rising star’s debut album Mind Games, that all comes together to make a first effort that sounds like it could be his fifth.

When the world’s population turned to TikTok craving an escape over the pandemic, the social media app catapulted some artists into the limelight.

Musing about falling head-over-heels for a boy a million miles away, JORDY’s giddy demo of ‘Long Distance’ did exactly that and extracted listeners out of their world and into the singer’s.

That skill is where Mind Games excels, from the morning after guilt of ‘If He’s In Your Bed’ to the self-loathing of ‘Dressed Up In A T-Shirt’ and overthinking of ‘Better In My Head’, you can’t help but be pulled in by the endearing LA star.

What’s ever-refreshing about JORDY is the speed at which he works too.

Within a couple weeks of ‘Long Distance’ blowing up earlier this year, the singer had it finished and released.

Mind Games comes less than 10 months after that, a rapid turnaround for a debut record.

Nonetheless, no corners are ever skipped – a tribute to the JORDY songwriting knack that has the industry talking.

The recruitment of Charlotte Sands on ‘Sticks and Stones’ and OSTON on ‘Tomorrow’ are the perfect choices to complement the rising star’s melodramatic ditties and album tracks such as ‘Delete Me’ and ‘Trevor’ are just as good as any of the record’s singles.

JORDY has seized the day in 2021 and Mind Games is as bold a debut offering as we’ve heard in a long while.

Are you a JORDY fan? What’s your favourite track from the album? Let us know @CelebMix on Twitter.