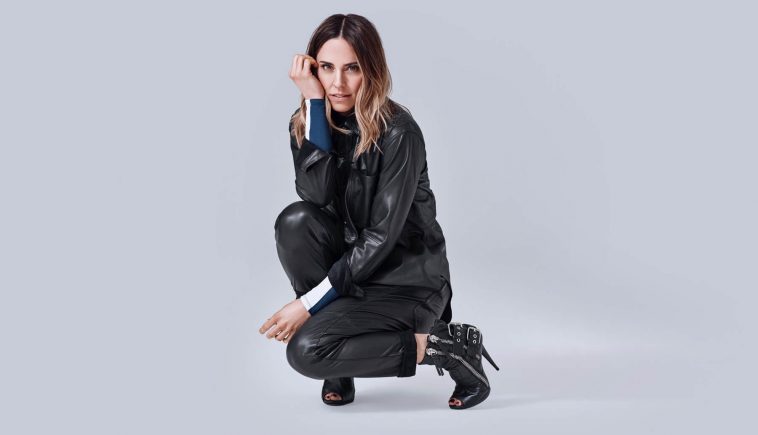 Sporty Spice is BACK and sounding better than ever on 8th studio album!

Four years on from the release of her last solo record, 2016’s electronica-pop inspired Version Of Me, Melanie C returns with the most self-assured and cohesive album of her career to date.

With it’s rich, solid musical production, deeply personal lyrics and irresistible electro-pop-disco dance beats, the self-titled record brings about the awakening of a new dawn for Melanie, following a whirlwind year which saw her reunite with the Spice Girls and embark on a global PRIDE tour with LGBTQ+ collective Sink The Pink.

Clearly reinvigorated and re-energised, both personally and professionally, Mel finds herself in a reflective state of mind – taking stock of her past, whilst whole-heartedly embracing her future, baring her soul across each of the albums 10 empowering and emotionally charged tracks.

On her 8th studio album, Melanie Jayne Chisholm / Melanie C / Mel C / Sporty Spice is on a mission to explore and embrace all aspects of herself, finding strength in her flaws and hope in her triumphs, creating a collection of lyrically meaningful, top tier pop songs that not only push the boundaries sonically, but also spiritually – in turn producing the most ‘girl power’ sounding record of her two decade long solo career.

With age comes wisdom, and with wisdom comes a better understanding, not only of ones self but of the people around us too, and on tracks like Who I Am, Overload and Here I Am Melanie finds herself finally free to be exactly who she wants to be, without a single care for those who don’t approve or agree.

Learn to be Fearless.

Bold, courageous and unashamedly unafraid, ultimately this record is a celebration of self-acceptance and self-love – with each song, lyrically and musically, taking listeners on a life-affirming journey, through the good, the bad and the unknown. And although Melanie’s authentic and relatable lyrics are clearly incredibly personal to her, they are written and delivered in a way that feels universal, allowing fans to interoperate them in their own way, to make sense in their own lives.

That message of self-acceptance and the realisation that you simply are enough, is a thread that runs throughout the course of the album, especially on standout track Fearless – a brooding yet empowering 21st century Girl Power anthem that radiates an indestructible positivity, featuring U.K. rising rap star Nadia Rose.

21 years after the release of her debut solo album Northern Star, Melanie C delivers without question her most daring and creative work in over a decade – its enduring themes and timeless sound, further solidifying the beginning of a brand new chapter in the life and career of Melanie C, as a fearless, brave woman and an accomplished, respected recording artist.

Let us know your thoughts on Melanie C’s new album over on Twitter @CelebMix now!