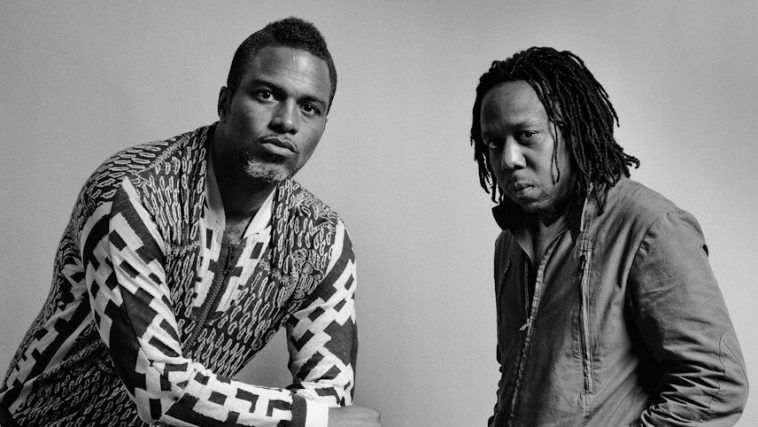 Enigmatic rap duo Shabazz Palaces have long been revered as rap music’s avantgarde anomaly. The rationale of such a label has now been confirmed evermore as the outfit pushes out the boat on their fifth studio album ‘The Don of Diamond Dreams’, leaving quirky behind, and creativity perplexed, in a bout of ingenious and pioneering songwriting.

The art-rap outfit of Ishmael Butler and Tendai Maraire found their footing in 2011, after a string of EPs, with the release of their debut full-length ‘Black Up’ which turned heads as the first-ever hip-hop album to be released by the acclaimed underground label, Sub Pop. The group followed up with their sophomore LP ‘Lese Majesty’ and then two concept albums: ‘Quazarz: Born on a Gangster Star’ and ‘Quazarz vs The Jealous Machines’.

‘The Don of Diamond Dreams’ keeps up the futuristic soundscape of the duo’s previous efforts while bringing aboard influence from Ishmael’s son Lil Tracy, creating a concoction that is diverse, powerful and plays nicely on the senses.

The proceedings are centred slightly on ‘Chocolate Souffle’ which is arguably the most cohesive track on the LP with club-ready synth attacks and stuttering drum patterns, while ‘Money Yoga’ ft. Darrius delivers shuddering beats layered over raucous bars and even a jazz styled saxophone solo to close.

The visionary scope on ‘The Don of Diamond Dreams’ stays true to Shabazz Palaces’ label of ominous and abstract rap but with a more disciplined approach than prior offerings. Always looking to improve on their eccentric interpretation of the genre, the duo has created an album which moulds new age influence into their cosmic cluster of genre altering sounds, and in a saturated industry brimming with flat and unoriginal peers, Shabazz Palaces can without a doubt be cited as the past, present, and future of rap.

You can stream the album in its entirety below:

What did you think of the new Shabazz Palaces album? Let us know on our Twitter page @CelebMix.